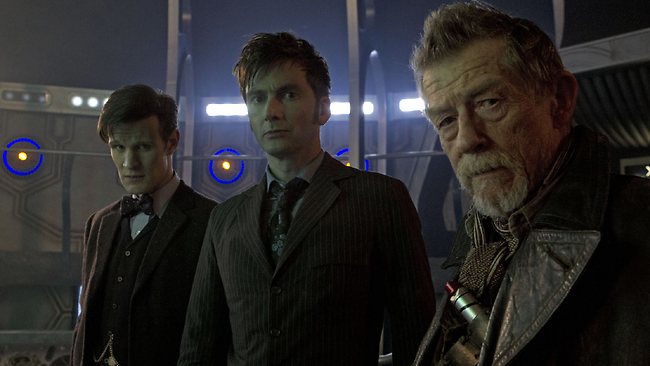 The next “Doctor Who” season may seem impossible to wait for.

“Doctor Who” is the most successful longest running sci-fi show of all time, and features the adventures of a time-lord (a time-travelling humanoid alien) called The Doctor and his companions (people that go on these adventures with him). One of the Doctor’s most striking features is his ability to regenerate, which has allowed the show to run for quite some time by switching actors (eleven of which so far have played the Doctor).

He travels in a time machine called the T.A.R.D.I.S., (Time and Relative Dimension in Space) which takes him and whichever companions he happened to influence in coming with him to a place or to people that needs saving. Many aliens, monsters, and just plain bad people have highlighted the series, which is another reason for its popularity.

Being a time-traveller, the Doctor has seen about every wonder of the universe and made many friends and enemies along the way.

Despite this, only a select few know the Doctor’s first name, which is said to be quite unpronounceable. The mystery behind the question “Dr. Who?” is just one of the many hooks that keeps bringing fans back for more. The show, filmed mainly in Britain, is a very significant part of British culture. It has influenced generations of British television professionals, many of whom grew up watching the series.

“Doctor Who” originally ran from 1963 to 1989, and after a failed attempt to bring it back in 1996 with a backdoor pilot in the form of a television film, it was finally relaunched in 2005 by Russel T. Davies. Currently, “Doctor Who” airs in Britain and on BBC America in the U.S.

Sadly, fans won’t be able to see much of the Doctor after Christmas—at that point two specials will have been aired, the “Doctor Who 50th Anniversary Special” in November and the annual Christmas Special. The 34th season (also known as the 8th Series of the “reboot” version of the show) has been announced to start airing by November 24th, about 13 months from now. Fans of the show are quite used to “Doctor Who” taking a while to start up again, so thankfully this isn’t anything new. Let the waiting begin.