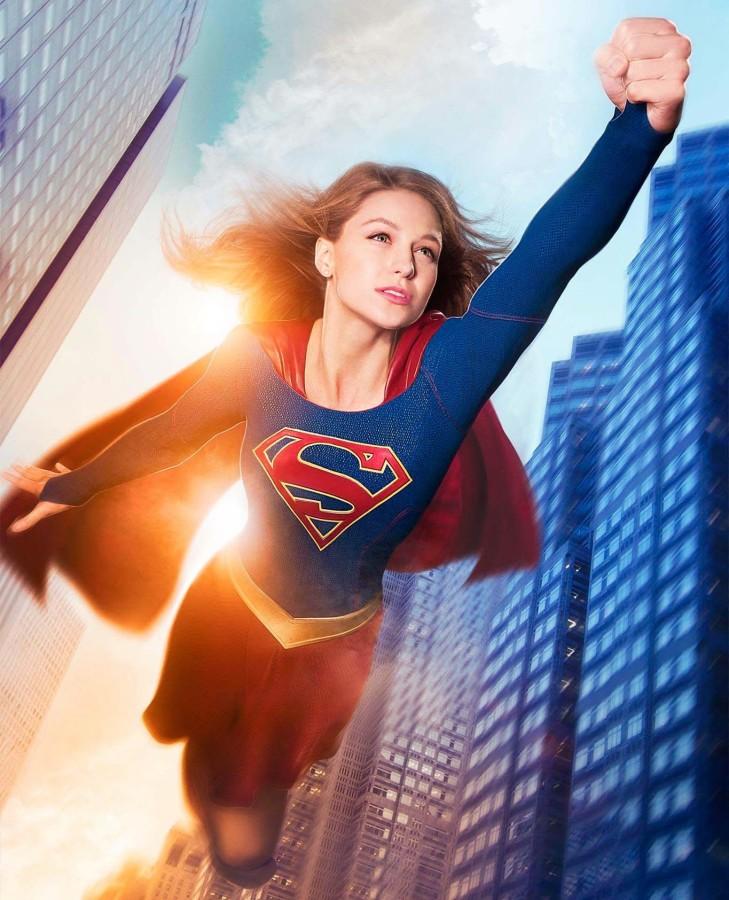 On Oct. 26, “Supergirl” made its highly-anticipated debut. The CBS series is centered around the cousin of Superman, Kara Danvers (a.k.a. Kara Zor-El), played by Melissa Benoist. The story began when Kal-El was sent to Earth in a pod as a baby to escape from Krypton’s inevitable doom as did thirteen-year-old Kara. She was intended to travel to Earth alongside Kal-El. Her pod was locked with his coordinates to ensure that the two would follow the same route, but the waves from Krypton’s self-destruction pushed Kara’s pod into the Phantom Zone, a region in space where time doesn’t pass. After sleeping for nearly 24 years, Kara’s pod was finally discovered by Kal-El, who by then was known as the famous Superman, and immediately placed her into the Danvers family. With the assistance of the Danvers, who were also the scientists that helped Superman, Kara kept her superpowers under wraps while she adjusted to a new life on Earth.

Years go by and Kara Danvers is now working as Cat Grant’s personal assistant at CatCo Worldwide Media. At first glance, Kara seems nothing but ordinary. But behind the glasses and geeky persona lies an entirely different identity. She is now the city’s biggest hero, after her desire to fight crime was sparked by preventing an airplane full of passengers from crashing. Kara decided to put her powers to use and become the hero she was destined to be, instead of keeping it hidden for all these years. The safety of National City ultimately lies in Kara’s hands. On top of that, she must deal with her coworkers James Olsen (Mehcad Brooks) and Winn Schott (Jeremy Jordan) as the two vie for Kara’s attention constantly. She now faces the new challenge of having to juggle her superhero life, romantic life, and professional life.

“Supergirl” has many scenes packed with action, impressive special effects, and well-choreographed stunt sequences. As exciting as that sounds, I don’t think anyone wants to see people fighting for 45 straight minutes. Fortunately, there are calmer scenes with humor that are a great addition to balance them out. However, the plot of the show is a bit cliché and cheesy. I mean, how many “normal citizen by day, crime-fighter by night” storylines must Hollywood create? I was pretty disappointed to see that the plot closely resembles “Superman” and almost every other superhero movie out there. If the show wanted to take a unique approach, they could add mystery to the identity of Supergirl, so that even the viewers have no clue who she is. Each episode, they could gradually drop hints about her as the audience pieces it together and the characters in the show would do the same. By the end of the season, her true identity would be revealed, possibly leaving everyone speechless. Without a doubt, it would be a fascinating twist and truly make the show stand out.

Aside from that, I thought it was very refreshing to see a female superhero for a change. Women should be represented as strong and confident characters in T.V. shows or movies and Benoist does an exceptional job of portraying that. From just the first episode, it is evident that Benoist is the perfect fit for the lead role. Her bright and bubbly personality naturally make her likable– a crucial quality for any protagonist.

Each week viewers can fly alongside Supergirl and how she will handle villains in addition to her personal obstacles.

“I’m excited to see where this series will go especially because it’s about a female superhero. I can’t wait to see new villains and how everything else will play out,” said freshman Adrienne Chang.

Although the storyline doesn’t seem too enticing, it has the potential to develop later in the season. Who knows, maybe it will surprise you. Tune into CBS on Mondays at 8 p.m. for new episodes of “Supergirl.” (3 out of 5 paws)