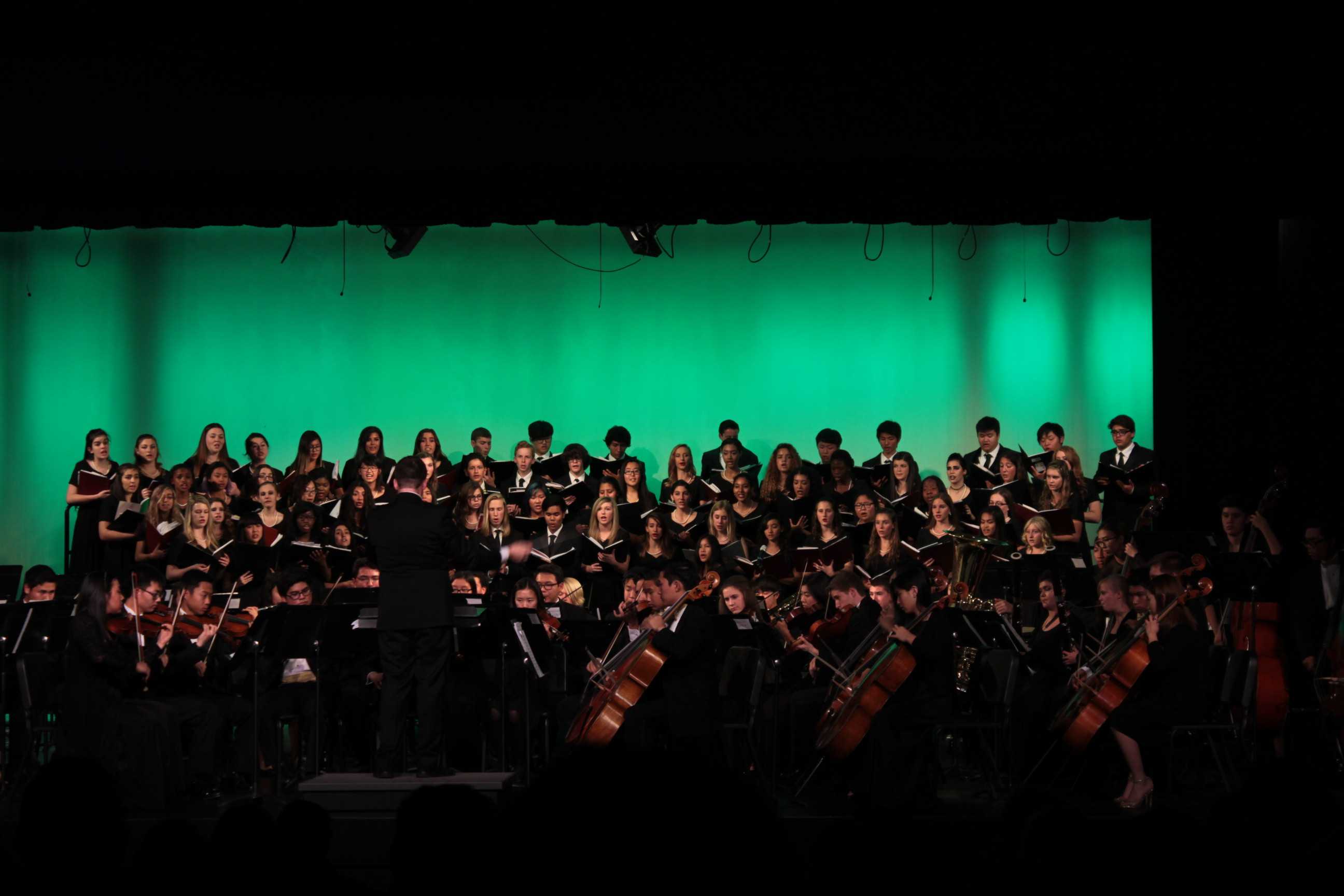 Choir and orchestra deck the halls with sounds of jolly

On Dec. 10, the sweet sounds of more than 150 students filled the West Ranch theater.

Naturally, with this many students, coordinating over an hour of non-stop songs presented more than a little difficulty.

“We had four different classes coming in, since there are two orchestra classes and two choir classes,” said choir director Molly Peters. “We had three after-school rehearsals: a total of four hours all together.”

On top of after-school rehearsals, there was also much individual rehearsal.

“[Choir has] had practice every day this week; brunch, occasionally lunch, and after school as well,” said choir member Christian Spates. “It’s been kind of hard to balance choir and schoolwork and other extracurricular activities, but we pull it off. That’s what West Ranch students do.”

However, despite these constraints, students, teachers, and audience members alike delighted in the performance.

“I think it went pretty well,” said orchestra member Jonas Katona. “In years past, we’ve had to do a lot more rehearsals, but this year, it all fell together.”

They sang a variety of tunes as wide as the icy expanse of the North Pole. Songs ranged from secular Christmas classics such as “We Wish You a Merry Christmas” to traditional Christian songs like “O Come All Ye Faithful” to lively Hebrew songs like “Ose Shalom” to more contemporary holiday favorites like “Believe” from “The Polar Express.”

The orchestra played beautifully, perfectly complementing the nearly angelic sounds of the choir. The backdrop also changed with each song, from snowy pastel blue to vibrant green and red, thanks to student light designer Jeffrey Hampton. All of these elements combined to create a truly magical atmosphere.

The holiday concert is a much-loved West Ranch tradition, so much so that before I was able to interview Peters, Spanish teacher Holly Zeilenga came with her spouse to congratulate the choir teacher, raving, “It was amazing. It’s our favorite performance every year.”

Zeilenga is not alone in that sentiment. “For me, it’s a nice way to end the semester and then say, ‘Oh yay, it’s the holidays!’” said Peters.

“Unfortunately, I won’t be able to do this again next year,” said Spates. “This concert meant a lot to me, and I am so honored to have been able to be a part of it.”

The concert was a perfect way to signify endings and new beginnings as we usher in the holiday season. Congratulations to choir and orchestra for putting on yet another impeccable performance. 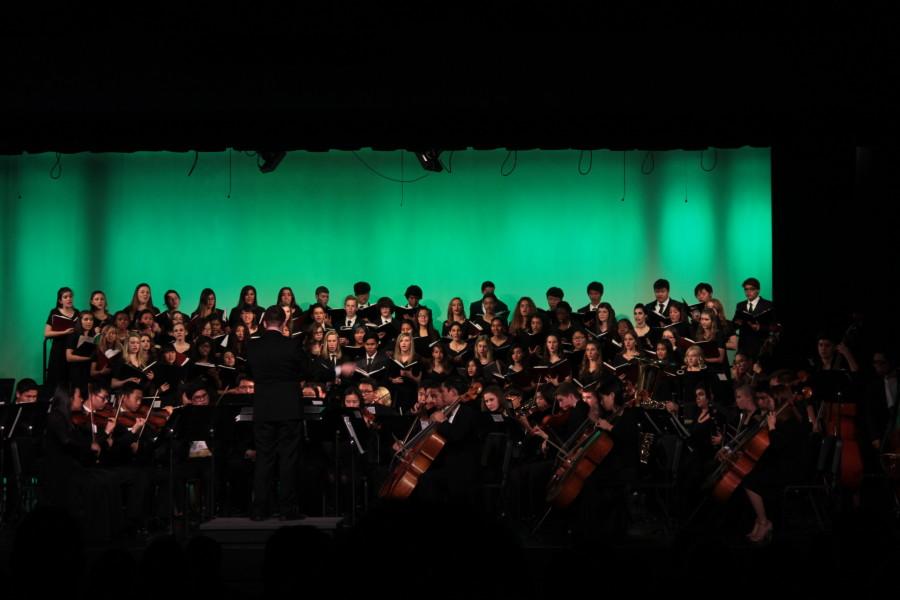