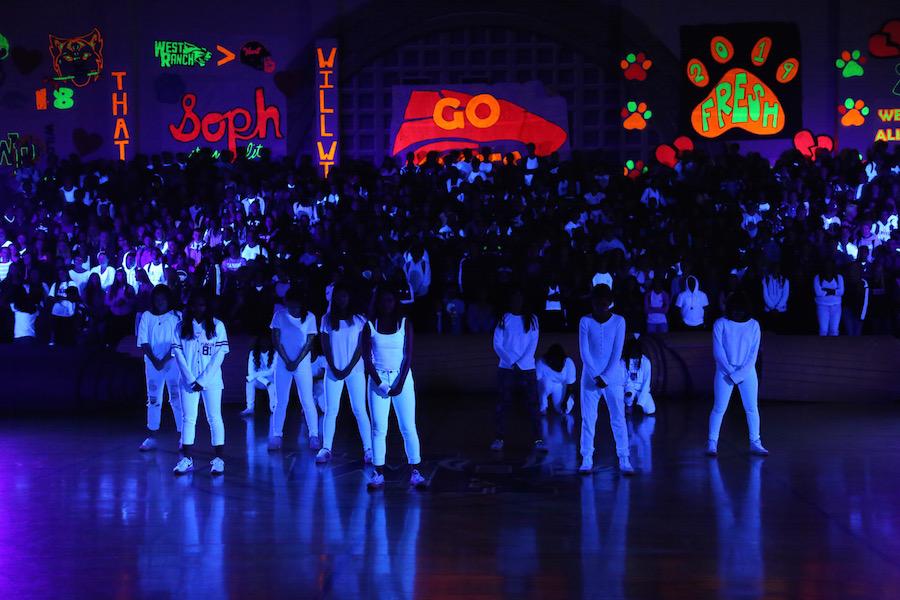 Behind the Scenes of Hip Hop

When I first go to take pictures of the hip hop rehearsal, I can’t find the rehearsal room. First, I think the team will be rehearsing in the dance room but no luck there. Instead of hip hop dancers, girls from West Ranch Dance Team are stretching to warm up. I quickly excuse myself from the dance room and hurry outside. Next, I search the gymnasium, but it is a ghost town, empty of all people. Eventually, I text Sky Thomas, a junior and president of Hip Hop Club, who informs me that the team is practicing in the staff lounge. When I later ask Sky if this change of practice location happens often, she responds, “All the time. When it’s rally weeks we usually have conflict because the [dance team has] the dance room Mondays, Wednesdays, and Fridays. Luckily, Ms. Asplund is our advisor, so we are able to go into the staff lounge.”

The staff lounge is set up with all of the tables and chairs pushed to the side leaving an open space in the middle of the room for the team to practice. As soon as I walk through the door, I am greeted by a chorus of welcome and a friendly atmosphere that immediately puts me at ease. Thomas stands facing the group of about 10 people as she leads the choreography of the newest dance to be performed at the rally. The opening notes of the song “Say It” by Tory Lanez blasts on the stereos, and Thomas calls out the beats. She corrects the dancers occasionally as they learn the basics of the routine. There is slight tension in the air as the dancers are frustratedly trying to learn the preliminary movements of the dance. 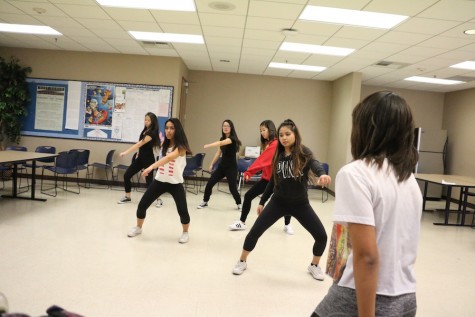 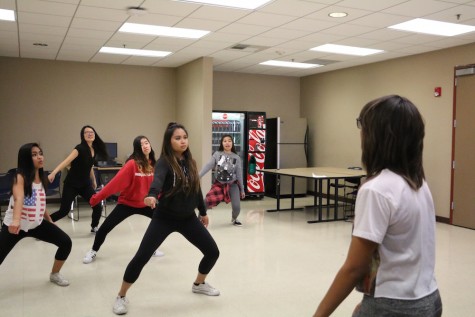 Once or twice, Thomas mutters to herself that she wishes that she had the mirrors of the dance room allowing the dancers see their own movements. Despite this setback, the dance progresses well. One of the girls brings Starbucks for everyone to indulge in as a reward for the day’s work. The atmosphere is lighthearted, and dancers joke comfortably with one another despite differences in age.

“I got to meet all of these new people, and now they’re my friends. So that’s really cool,” said Hayley Bolosky, a sophomore member of the hip hop club.

The typical process for preparing for a rally starts off with a lot of preparation on Thomas’ end. She looks at the date of the next rally and begins to plan choreography for the dance. Luckily, Thomas usually gets help from two other members of the club who choreograph their own dances. Thomas personally gets inspiration from watching dancers on YouTube such as Ian Eastwood and WilldaBeast, but it’s still challenging for her to come up with original moves that are appropriate for school. 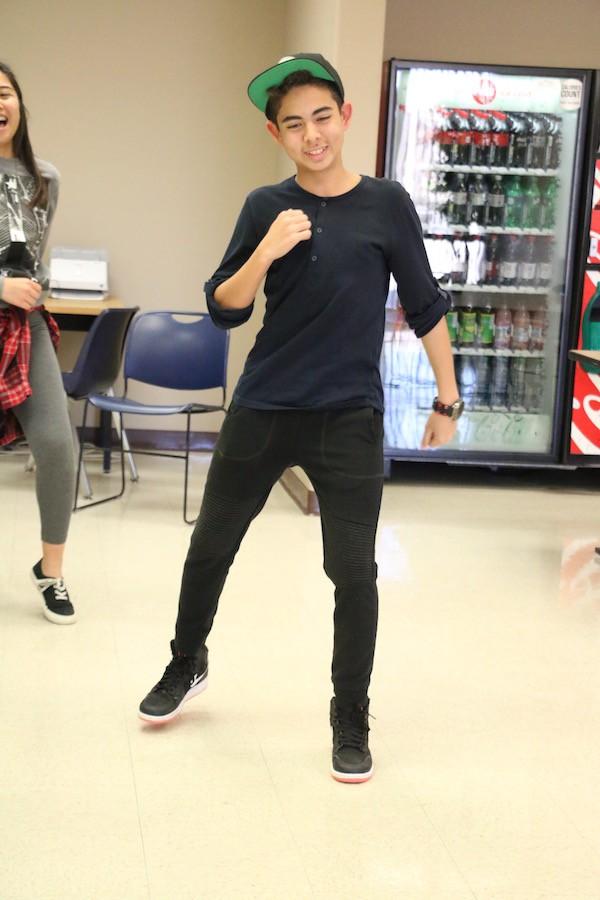 A few days have past, and it’s now three days until the rally. I walk into the hallway outside of the dance room and see hip hop dancers sitting on the floor with their backpacks scattered around. The team is waiting for the dance room to be unlocked by the custodial staff. We wait about ten valuable minutes that could be spent rehearsing. In the meantime, Thomas talks with Angel Siao, a junior and the music director of the club, about shortening the music for the dance–a conversation that ends in some regret as parts of the dance must be left out in order to fit the time frame in the rally. Finally, the dance room is unlocked, and the students flood inside. Practice goes along smoothly with Alexa Yutuc leading the beginning of the rehearsal. The dancers go through the song slowly, adding small adjustments here and there to the dance. 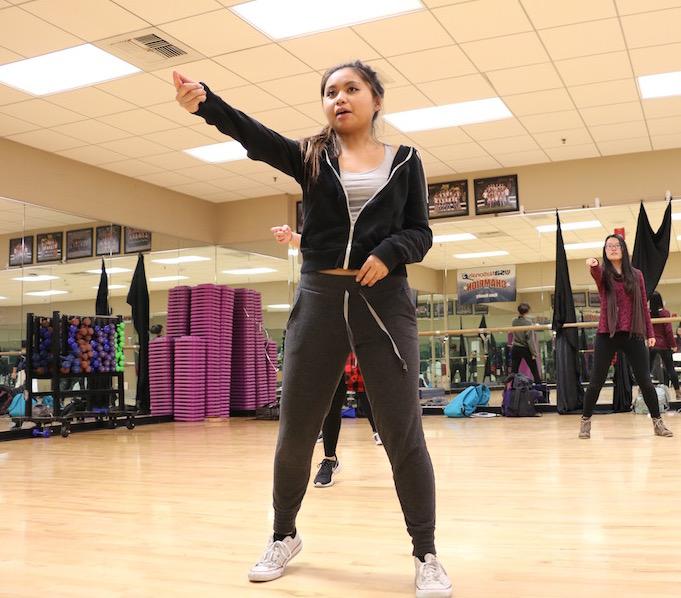 Only two more days until the rally. The dancers are yet again stuck inside the staff lounge. However, Thomas looks at the bright side of things by saying that the lack of mirrors is good practice for the rally. The mood is considerably lighter than the first rehearsal I observed because the dancers seem to have become more comfortable with the number. Today, they are doing something called peer comments meaning that two dancers perform at a time while their peers offer their critiques. This activity allows the dancers to focus more on the improvement of the team as a whole. Suggestions float across the room filling the air with calls for “more attitude” and to “get lower for that move.”

After only a couple of run-throughs of the dance, Thomas feels that the younger members of the club are ready and lets them flood outside of the staff lounge to take a break. The older members of the club, however, stay inside to rehearse their private portion of the dance. They joke around with each other, and immediately, I can feel the adrenaline from these veterans. The dance itself is full of spirit with all of the dancers comfortable with their motions.

Siao who is new to hip hop has trouble getting one part of the dance. She laughs as she tries to master the motions, and all the other dancers joke with her and try to offer suggestions. Soon, Yutuc chides in that “it’s just like Footloose” and with just that small suggestion, Siao is able to easily take command of the motion. Unlike the other dancers of the hip hop team, this is only Siao’s second time dancing in a rally. 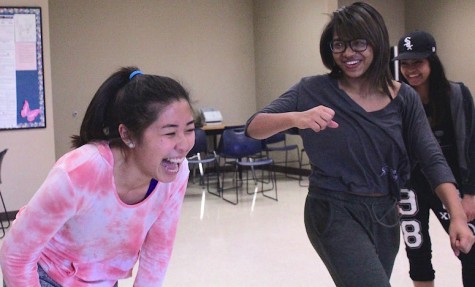 “Hip hop has taught me a lot about going out of my comfort zone and doing something challenging for myself. Also, I’ve learned that I can dance,” said Siao. “It’s really scary for me to get out in front of the whole school and do something that I don’t think I’m really that good at. So I guess I just learned that hard work pays off.” 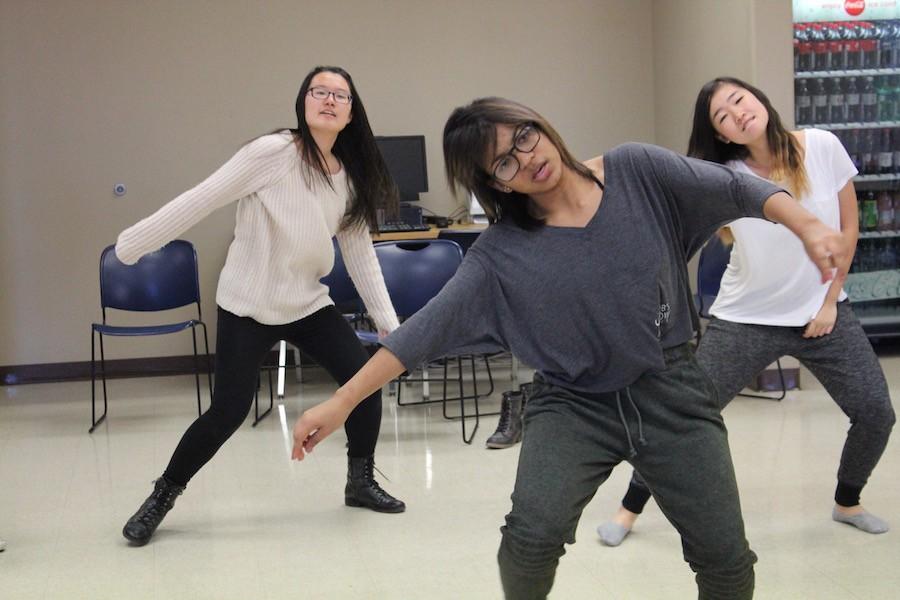 It’s the day of the rally, and this time the theme is Black Light. Right before going out to perform, the team has a pep talk reminding the dancers to do their best, but also have fun. Then the team chants “1, 2, 3. Hip hop” before going to perform in front of the school. Obviously, some nerves are felt in the air, but for Thomas, it’s a whole different kind of anxiety.

The team ends up putting on an entertaining performance with the black light making all of the dancers’ white shirts glow in the dark against the backdrop of fluorescent neon posters. At one point, the black lights flicker on and off producing a strobe light effect that leaves the crowd cheering. The music eventually fades away, and I can tell that the team is overjoyed at having performed so well.

So, until the next rally, I guess most of the population of West Ranch won’t really be seeing much of the hip hop team. But that doesn’t stop them from continually expanding their horizons and strengthening their bonds.

“When we aren’t getting ready for a rally, we have workshops to teach the team other styles of dance besides my own and the other team members. And we also have fun dance times where we’ll just dance and have fun team bonding,” said Thomas.

Although the rally is over, it’s been interesting to see the team grow over just the short period of rehearsal time. It just makes it more clear to me that it’s the passion and companionship that makes this club so successful.

Freshman hip hop dancer Taylar Holloman, who used to do ballet, says it best: “Hip hop is wild and messy and not proper and uptight and stuff. You know, you can get loose with hip hop. You can’t do that stuff in ballet.”