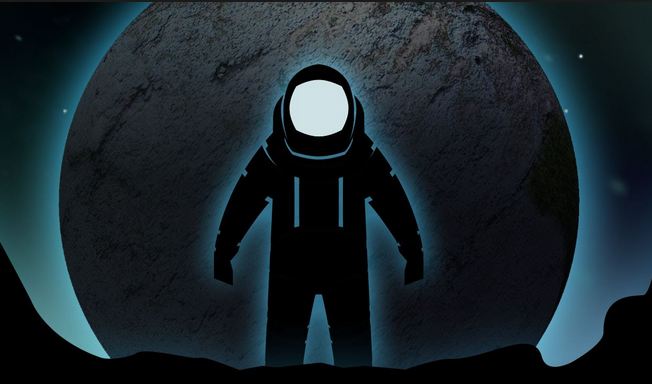 Is this thing working?

Can anyone read me?

This is Taylor. He’s stranded on an alien moon millions of light years away from where you are currently sitting. His ship has just crash landed, and the rest of the crew is dead or missing.

His communicator has somehow miraculously contacted you through your mobile device, and it’s now your responsibility to help him survive in the strange new world that he’s discovered.

Oh, thank God! It’s so good to have human contact!

Lifeline has completely reinvented the face of “choose your own adventure” gaming. The app plunges players into an intense, sci-fi journey with unexpected twists and turns that come as a result of their decisions.

When I first opened the app, I wasn’t overly impressed. The gameplay looked way too simple to be considered interesting. I honestly thought that I had just wasted a dollar on a story about an astronaut. That is until the messages started rapidly rolling in. It was as if someone was actually texting me, desperately asking for help. Being the concerned and kindhearted person that I am, I asked this mysterious messenger what was wrong. Thus began my hilarious and intimate relationship with a science student named Taylor.

The coolest feature of the app is that it’s set in real time. It felt like I was actually texting Taylor throughout the day. Every time I sent a message, it would take him a few moments to respond as if he was actually thinking about what he was going to type. If he was completing a task, the screen would read “Taylor is busy,” giving me a couple hours to leave the game and return whenever I was notified. The anticipation that I felt every time I was waiting for him to respond was what made the game so addicting and personal.

The controls in Lifeline are extremely simple and easy to understand. You’re always given two choices. For example, during one of my attempts, I told Taylor to try and head towards a mysterious peak, which unfortunately ended up killing him due to the long walk. However, on my second attempt, I had him check an abandoned spacecraft for lost supplies and he ended up living and finding food! Each choice that you make puts you on a specific path. Whether or not that path keeps Taylor alive will be up to you.

The amazingly written dialogue and soundtrack featured in Lifeline make it one of the most engaging and unique apps available in the App Store. There isn’t one boring moment throughout the entire experience, and you might be surprised to find yourself growing emotionally attached to Taylor with every day that you spend with him.

Go download the app now. Taylor is waiting for you.