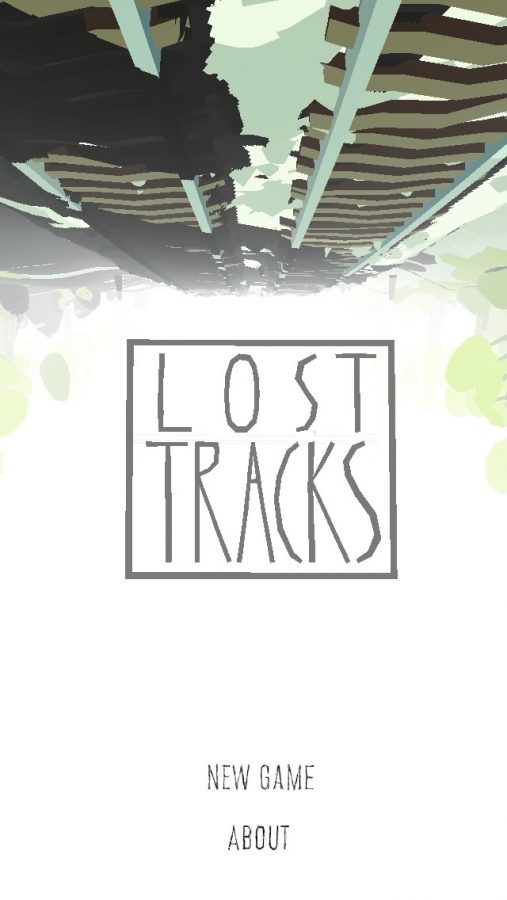 Everyone gets lost sometimes. Lost Tracks shows you what it looks like.

The free app Lost Tracks follows the inner workings of the mind of a young man, Lou, after he spots an intriguing woman on the train. In Lost Tracks, the player journeys through three short levels simplistically labeled: look, listen, and speak, which serve a very important role in the player’s success.

Each level leads you to venture through a different area of Lou’s self doubt and worry. The player’s  goal is to complete each level to gather his confidence back to talk to the unnamed woman on the train.

From the beginning of the game, the player must follow a glowing silhouette of Lou’s figure, chasing it until they reach certain regions, where they are left alone to figure out what to do. Small puzzles are featured, becoming progressively more complex as the player advances through the levels in a third person point of view.

Created by character animation and CCG art students in Denmark, the app displays a form of paper animation, as if the landscapes and settings were chunks cut out of a scrapbook. This may sound like a fourth grader’s art project, but the result of physical and mental images prove to be an astounding work.

Dark mountain settings and somewhat ominous music in the first level lead the player to feel a sense of loneliness. Murky air and an inability to see around the screen prompts a feeling of having gone astray in the second stage. Finally, a pure, glowing white goal, pitch black surroundings, and extinguished flames complete the last level. The app gives off a dark vibe throughout the actual gameplay, but the cutscenes allow a breath of color.

That being said, the game takes a solid fifteen minutes to play, possibly twenty-five if the confusing controls got the best of you. However riveting the artwork and symbolism may be, the app will definitely get repetitive and boring if you play it more than a few times. The plotline cannot be altered, and the most you can really do after the initial moments of awe and insight is explore the, admittedly compact, area of Lou’s mind.

Lost Tracks is more of an app for the experience, if anything, but the visuals redeem the lack of plot. To understand the app, it requires a long period of inferring and reading deeply into the storyline while and after playing. It’s not just an artistic work; the app portrays the darker regions of an introvert, dramatically displaying their battle with socializing and self confidence.

Controls in Lost Tracks are confusing, to say the least, with the briefest of tutorials. Because you have to tilt your phone to move around, the hardest part of the game is simply trying to walk around. The lack of explanation of your goals may have been intentional, in order to portray a clueless mind, but it proves to be more than a little puzzling for the beginning of each level.

The app had good sides and bad, but it really all comes down to if you are actually able to play it or not. Lost Tracks is only available on the iPhone 5s and up, so if you have a later model than that, then you’ll have to find another way to play it. Unfortunately, there’s no online version either, so the game is limited to your phone.

Although the app did have its mostly technical cons, the exploration and adventure of trying to find yourself is a prospect too good to resist. The mental standpoints and thought processes of the game, paired with the breaktaking artwork and color choices, makes Lost Tracks a definite app worth downloading. Four out of five paws!