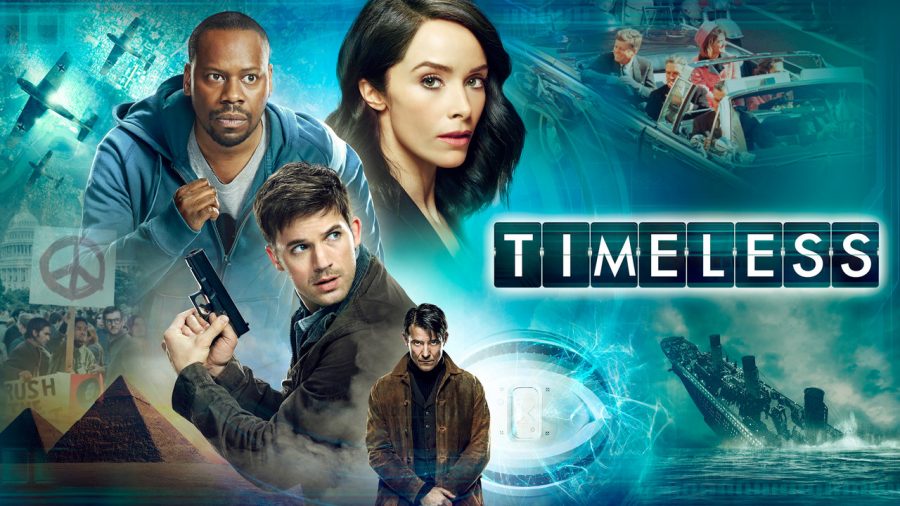 Imagine a world where you can literally jump from decade to decade. Where you can be a part of events our history textbooks feature from the American Revolution to World War II. Unbelievable, right?

The series premiere opens with a depiction of the Hindenburg catastrophe in 1937. Then, it pans to a current 2016, where a company called Mason Industries successfully creates a time-travel machine. Disaster strikes as criminals led by the antagonist, Flynn (Goran Višnjić), steal the mother ship and travel back to the Hindenburg times. This is when the three protagonists of the series come into action; the federal government recruits renowned history professor, Lucy (Abigail Spencer), Delta Force soldier, Wyatt (Matt Lanter), and Mason Industries’ engineer and pilot, Rufus (Malcolm Barrett), work together and catch Flynn and his men without altering past history.

At first, I expected the theme of time travel to be unrealistic and cheesy. However, the show did a great job of answering all questions about the time-travel phenomenon. Like when Wyatt asks the government why they can’t just travel back to five minutes before Flynn and his men take over and shoot Flynn, Rufus explains that you cannot travel back to a period where you already have existed in. If they did, they would die because there would be two of them existing at the same time. Historians have also complimented the show about its accurate reenactment of the Hindenburg explosion. One thing, however, that didn’t make sense to me was how no one noticed the gigantic and futuristic sphere-shaped time travel prototype in the middle of a grassy area in Germany.

The main plot, trying  to catch Flynn, was only one of the many suspenseful conflicts in the pilot episode. I was on the edge of my seat the entire time, from start to finish, because of the numerous subplots when the crew was back in present time. These plots regard relatable dilemmas such as cancer and loss of a family member that help remind us as viewers that the characters are not all that different from us. Also, I definitely see a spark between Lucy and Wyatt that may possibly blossom into a romantic relationship.

Personally, I look forward to seeing how the show will illustrate Rufus’s journey through time because of his race. He even angrily complains to the CEO of Mason Industries, “But I am black. There is literally no place in American history that is awesome for me.” And in the first episode, you see Rufus receiving harsher treatment than Lucy and Wyatt from the German police force. Outraged, Rufus lists out the names of accomplished African Americans (who obviously have not been born yet) and ends by furiously declaring, “I hope you see it all because the future is not on your side,” to the racist and bigoted German officer. It will definitely be interesting to watch Rufus live in the times of the Civil War.

I hope you see it all because the future is not on your side,”

The screenwriters of the show did a great job of balancing seriousness and humor. When a confused American general present at the Hindenburg landing asks Lucy who they are, she casually replies, “This [Rufus] is Dr. Dre, I’m Nurse Jackie, and we’re from General Hospital.” These references to our modern culture made me laugh throughout the overall intense scenario.

The season premiere of “Timeless” has certainly lived up to its high expectations. Although it takes on a cliché concept, the directors and cast did a great job of keeping it suspenseful and entertaining. And (I won’t spoil it) the major plot twist and cliff hanger at the end of the first episode guaranteed that I would watch the next episode.

“Timeless” aires on NBC on Monday nights at 10 p.m.