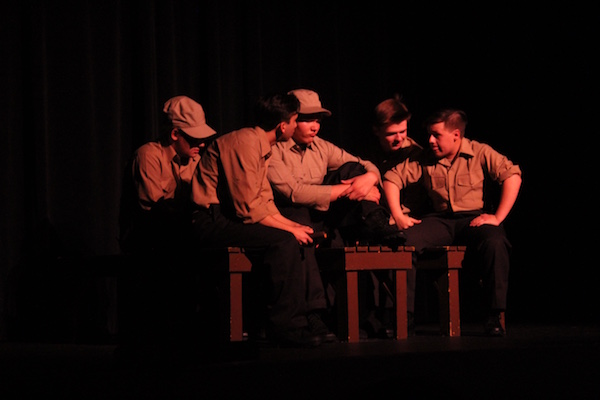 Theater takes us down South in “Biloxi Blues”

War, masculinity, love, and tolerance are all issues addressed in the Wildcat rendition of the Tony award-winning play, “Biloxi Blues.” The almost all-male cast showed us what an American army boot camp might have been like during World War II.

“Biloxi Blues” is set in a base camp in Biloxi, Mississippi and the story is told through the eyes of Eugene Morris Jerome, a 20-year-old Jewish man from Brooklyn who was drafted into the army. Jerome meets a diverse group of soldiers, one of which is Arnold Epstein, a philosophical pacifist, who constantly butts heads with the platoon leader, Sergeant Merwin J. Toomey. 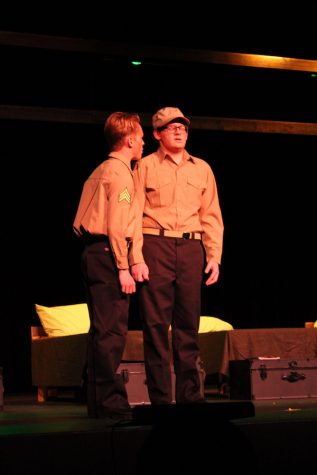 Jerome narrated all the funny times that can come with throwing together a group of rowdy young men. Little by little, we gained insight on each character by their conversations about love, sex, and their home lives. A real bonding experience occurred when four of the privates visited a prostitute together and had some heartfelt conversations while waiting their turn. While many scenes were filled with racy jokes and light-hearted banter, the play also brought attention to the anti-semitism that was expressed in the United States during World War II. 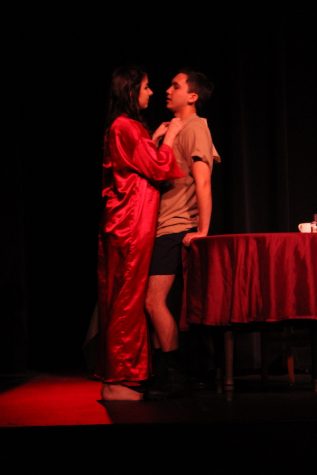 Epstein faced much adversity in the camp, from the Sergeant and even other privates, who constantly made stereotypical and cruel remarks towards the young Jewish man but he was determined to uphold his values.

Joseph Schillaci, who played Epstein, prepared for his role by eating some classic Jewish dishes like Lox with bagels, and reading the Talmud, one of the central works of the Jewish people.

“I connected with Epstein because I stand up for anything I think is right. I love that the play dealt with the issue of anti-semitism because I have dealt with it myself. I feel it was important because it showed how hurtful racism and bigotry can be,” said Schillaci. 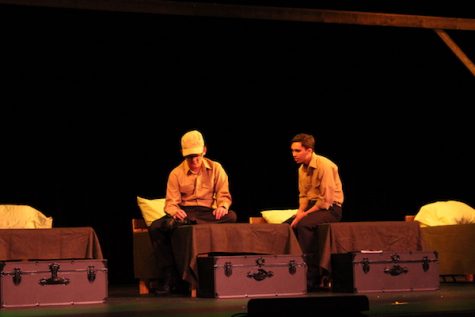 Senior Hila Oz made her directorial debut in “Biloxi Blues.” “You kind of never really know how hard it is to direct or teach until you are in that position. They really pulled through and were great to work with,” said Oz.

Oz also holds the issues addressed in the play close to her. 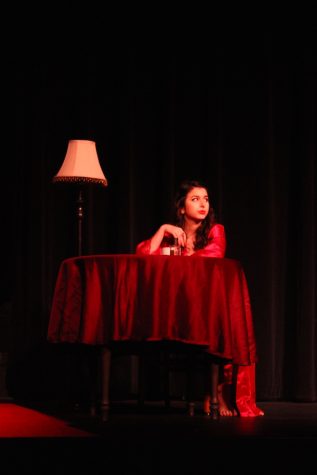 “A lot of times, anti-Semitism is left out of social issues. I was born into a very Jewish household, I’m Israeli, and it kind of sucks to see how people kind of erase our identities. Even though the Jews weren’t being persecuted here they still were and are a minority group,” said Oz.

Although these issues weren’t resolved in the play, it ended on a somber and reminiscent note with Jerome narrating the fate of each soldier as he heads into the unknown.