6 Tips to Ace Your Finals 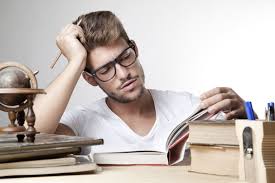 With finals coming up, students are busy cramming their heads full of information, but most people aren’t optimizing their studying. Here are six tips to get the most out of your studying sessions.

While it may seem beneficial to cram all your studying late at night, this might be one of the worst things you could do. According to research, sleep is necessary for memory formation and a lack of sleep deeply impairs memory. Make sure to get the recommended nine hours of sleep in order to let that studying pay off!

Most people know that dehydration can result in mild headaches and a dry mouth. But, a recent study published in the The American Journal of Clinical Nutrition, shows that dehydration can also adversely affect attention and memory retention. Researchers found that those who were dehydrated after only four hours had worse memory and attention than their counterparts.

All that studying might make you hungry, but don’t snack on chips or crackers. High-carbohydrate food can raise levels of an amino acid called tryptophan, which has a calming effect on the brain. Instead, opt for high protein foods like cheese, eggs and nuts. Instead of inducing tryptophan, these foods induce tyrosine, an amino acid that activates the brain.

While this may be your go-to strategy for studying, research has shown that rereading your notes shows no improvement in memory retention. Instead, opt for a practice test A study in Science magazine showed students studied with a practice test retained 50% more of the information a week later than those who didn’t.

Even though it might seem counterproductive, more than 20 years of research has consistently shown the effectiveness of group learning. Because class lectures tend to be one-sided, students focus on copying down information verbatim without comprehending the meaning. Study groups encourage more interaction dynamics, allowing people to absorb information in a way that’s familiar to them. So go ahead and meet up with your friends at the library.

6. Memorize in the morning

It might seem like the time of day doesn’t affect whatever you’re studying, but according to Dr. Jane Oakhill, a psychologist at the university of Sussex, it might be beneficial to study different things depending on the time of day. Her study found that in the morning, the brain is better at tasks dealing with declarative memory, the ability to recall exact details like dates and facts, while in the afternoon, the brain is better at tasks dealing with semantic memory, the ability to accumulate and apply new knowledge. Therefore, the morning is more suited to researching new information, while the afternoon is better for applying it.