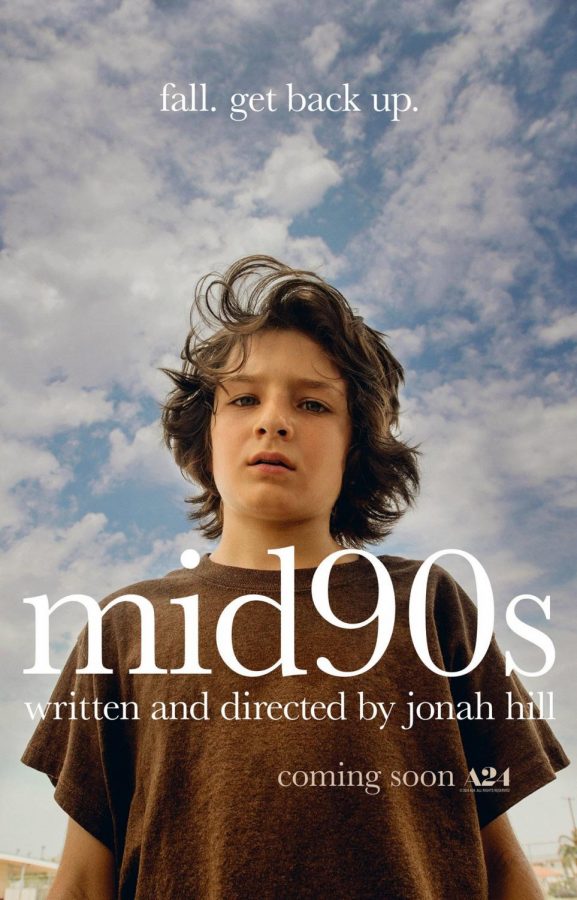 Credit to A24 Films

“Mid90s:” the perfect aesthetic for every skater boy and nostalgic teen claiming to be born into the wrong generation. With its pale yet pastel colors and spot-on representation of the late twentieth century, this film serves as a time capsule to the street life of skateboarders and youth in Los Angeles during the 1990s.

Jonah Hill’s long-awaited directorial debut demonstrated not only his ability to create a great film but also his commitment to the small details. With a movie that is set in such a specific time period, some would take the easy route, sacrificing a big portion of the movie’s authenticity. But Hill’s attention to detail, from the classic Adidas Sambas to the ‘90s-brand chip bags lying on the ground, proves his genuine care for the film and its truthfulness, which had a major impact on the effect of the film. While watchers obviously are aware that the film was shot and produced within the last few years, the authenticity from the era makes it immersive and exciting.

Throughout the movie and in interviews, Hill and the cast emphasize a world that is much larger than skateboarding. Yes — skateboarding is an impressive physical skill and an exciting sport, but the connections made through it and the relief it brings have much more of an impact. The film provides a deep and stunning look at finding family beyond just blood alone. Sunny, the youngest and newest of the group, has a rough family life that leaves him searching for a place in the world. He finds his home amongst a group of skateboarders in Los Angeles, quickly adopting their habits, lifestyle and rebellious tendencies. It is this connection that serves as the central theme for the film: the idea of finding a home away from home and the bonding of humans through a shared passion.

The cast itself is one of the major reason that the film is so intriguing and lovable. To further Hill’s commitment to authenticity, all of the lead actors, a group of skateboarders in the movie, were real skateboarders, plucked from major skate groups in Los Angeles. Hill has said in many interviews that he was never looking to teach actors to skate; rather, he wanted to teach skateboarders to act. This was a devoted attempt to preserve the realness of the craft and the raw emotion that comes from it.

The cinematography alone was beautiful. While the colors may be more muted and cool, the vibrancy of the film, the setting and the characters make the movie a bright beacon of life in the ‘90s. The film was shot on 16 millimeter using a 4-to-3 aspect ratio. This provides the intriguing effect of feeling like you’re watching footage from one of the film’s characters, the resident cameraman of the group ‘Fourth Grade.’ While this furthers the authenticity, it also brings viewers closer to the story, making them feel even more immersed in this sliver of street life alongside a crew of skater-punks.

The film radiates the energy of a documentary. While it doesn’t have an incredibly complicated and thorough plot, it still serves as an excitingly average adventure. It genuinely is a day in the life of these skaters — no glitz or glam — just raw and real footage of youth in action. While there were times that I wanted the characters to explode into a car chase or superhero face off, that was not what this movie is or should be. It’s relaxed story line allows the viewer to dive deeper into the moments gifted to them by Hill. Each scene may seem slow in story progression, but the beauty and conflict within the characters that can be found through understanding who these young boys are and why they love what they do make the plot a stunningly intricate mirror into the world of skateboarding and its people.

If I had one critique, it would be the movie’s length. The run time is only one hour and 24 minutes, making it a quick film that leaves you wanting more. Although I was satisfied with the ending, I didn’t want it to end . I left feeling as though parts of the movie were still undiscovered, and I desired just a little more to hold onto. But this was not a deal breaker. The story was complete and the ending was pleasing.

As a whole, I loved the movie for its committed authenticity and beautifully intricate yet average characters and story. “Mid90s” truly is an unsmudged mirror into the late 20th century, providing viewers with a raw look into a city of skateboarders merely living their lives. The tone of the film, emphasized by the style in which it was filmed, the cast of young skateboarders who are professionals in their real lives, and the depth of each one’s story makes this film one of my new favorites.