Netflix’s ‘BirdBox’: What is it Really About? 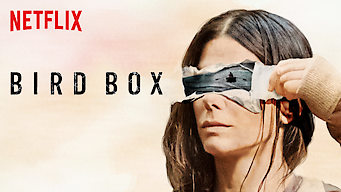 On Dec. 13, Netflix released an original thriller movie, “Birdbox,” which caught the interest of many people who liked the concept of a movie set in an apocalyptic world. Sandra Bullock played the heroine of the movie, Mallory, who struggled to stay alive in a world where people could not see or else they would commit suicide. No one knows what this creature is. All we know is that if one does look at it, they will die.

What is the so-called entity that killed everyone? What does it represent? It’s never mentioned in the movie what it actually is as the people who see it died. The entity was certainly ambiguous, but after some further investigation and watching the movie over and over again, an idea popped up. Maybe the entity may not be an actual thing but is instead representing something else: the dangers of nihilism.

Nihilism is a philosophical belief of the rejection of all religious belief and moral principles and the belief that life is meaningless with no aspect. In a sense, nihilism was essentially what Mallory was trying to fight against. She hated her unborn child, and she simply gave up hope. Throughout the movie, Mallory was constantly bitter about everything and puts herself in dangerous scenarios that might risk a miscarriage.

But after Mallory gives birth to her child, and is forced to take care of another, the children changed her. In one scene, while boating down the river, the three hit a part of the river that consists of main rapids, and without seeing what is ahead, the three faced the possibility of death.

At first, Mallory was brutally pragmatic and wanted one of the children to take off their blindfolds and tell her what was ahead, even if that meant that child might die. But after some deep thinking, Mallory realized these children had given her so much hope for love, for shelter and for happiness, so she decided to risk it and boated down dangerous rapids without seeing.

Throughout the movie, the people affected by the entity kept calling out for their dead relatives, like Mallory’s sister who kept calling out for their late mom. Being able to see their most missed dead ones gave a major clue that the creature represented nihilism. Dead people aren’t able to come back to life, and people cannot see the already deceased. So people seeing dead people could be the movie’s way of saying that those people already admitted they miss their deceased one’s so much they can willingly give up their own lives to be with the dead. Those people lost hope in the world because the people they loved the most weren’t in it.

It then leads to theories that the entity can be a shapeshifter that shapes into what the person misses the most. But if it is a physical thing, why can only the birds sense what it is? Most animals have a sense of danger, like when fish start rapidly jumping out of the water the moment they can sense an earthquake happening. It can’t be a physical thing if only birds react and start making a bunch of noise; it had to be more of a sense.

So what was this so-called creature in “Birdbox?” The dangers of nihilism. Why would someone reject the beauty of life and find it dull and boring? The movie wants the viewers to understand that nihilism is a dangerous thing. Only when Mallory started having hope was when she was able to get through tough obstacles. In life, we have to remember that through tough times, as long as we believe, there will always be hope.