Angels in Cages: The Evils of the K-Pop Industry 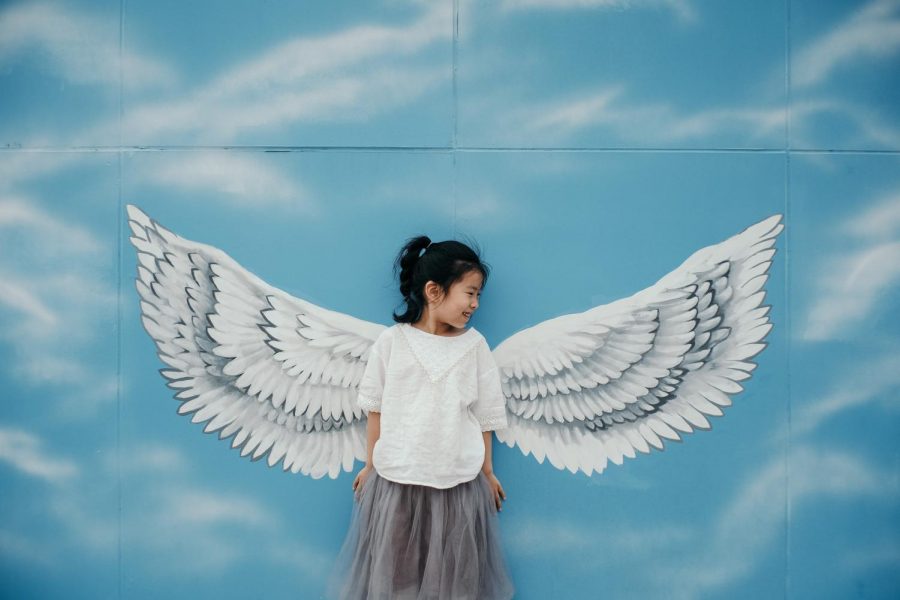 “I experienced a lot of things that typical teenagers aren’t able to experience,” ex K-pop idol Kyla Massie admits. “I moved to South Korea alone when I was thirteen years old to continue training, and that had a huge impact on my life. Trying to adjust to a new culture while also having to deal with living without my family was incredibly difficult.”

Kyla, originally from California, was a member of the idol group PRISTIN, formed by Pledis Entertainment, which is now currently disbanded. The Paw Print interviewed her earlier this year to hear her story.

The K-pop industry has been thrust into the international spotlight as groups rise to incredible fame. BLACKPINK, a four-member girl group created by YG entertainment, performed at the wildly popular Coachella music festival and earned even more fans with their charismatic performance. BTS, the seven-man boy band that has taken the world by storm, performed at the 2018 Billboard Music Awards and sold out their world tours one by one.

According to CBC News, becoming an idol of the media in South Korea is extremely tiring and competitive. First, contenders, usually between the ages of 12-18, audition for or are scouted in public by entertainment agencies which offer contracts to keep the teens as trainees and one day debut them. All trainees work rigorously to achieve the desired physical appearance through dieting, strengthen vocals with singing lessons, learn the Korean language if foreign, or learn English and Japanese if already fluent in the nation’s language.

Kyla’s experience as a trainee was described to be pretty fair. “In comparison to other companies [Pledis was] very lenient on us. [The members and I] all had our phones, we got to go out and play on our days off and they didn’t monitor our every move. The only thing they were strict about were keeping our schedules so if we had practice from 1-10 then we’d just have to make sure we were there on time and accomplished everything.”

Most trainees have dorms paid for by the companies, and the quality of life is determined by how much money and fame the company has. To appeal to judgemental Korean audiences, most trainees undergo some form of plastic surgery if deemed far from the industry’s beauty standards by their agency.

After signing a contract with an entertainment agency, trainees do nothing else besides practice and maybe go to school. Contracts are free, and trainees can leave when they want; however, to leave, they must pay a large sum to make up for the investment the company made in them. Contract offers are equally hard to come by, and people choose to leave only in the most desperate of scenarios. K-pop stars essentially hand their lives over to their agencies to try to debut and make it into the spotlight.

Of course, it’s especially hard if you’re from another country like Kyla. She says, “I had to take care of myself — cook, clean and do laundry.” When asked about how she communicated with her family, she stated, “It was also difficult to talk to them because of the time zone difference. Just no longer having that support system right by my side was really difficult. I rarely got to see them too because of how far away I lived and the fact that both my parents work full time.”

After months and years of training, a select few of the masses of talented teenagers are chosen to debut as a group or go solo. Success is not guaranteed with a debut. BBC News agrees that trends come and go, and the hawk-like eyes of the media do not miss a single slip-up onstage.

Harsh criticisms are the norm of social media comments. Life as an idol, especially one that is popular, is a lifestyle seemingly glittery on the outside, but empty on the inside, constantly in the public eye and judged by strangers.

Mental health is greatly overlooked and stigmatized in the industry.

When children as young as 13 are thrust into the public eye, it can lead to mental health problems and abuse, as well as a possible loss of human rights when controlled by a company. Though many idols covet fame, the scrutinization and hostility that they experience makes it extremely hard to not be a corporate puppet.

Since K-Pop idols are so heavily moderated in their appearances and actions to fit a company’s image of what an ideal pop star should be, it is questionable if people are worshipping talented singers or curated dolls. The media’s harsh comments and the burden of always being held to unattainable standards of perfection take their toll.

Massie herself has had firsthand experience with these comments. “It was difficult considering you don’t get a lot of privacy by being a celebrity. Comments from the online community also tend to have an effect on you. It’s difficult seeing people post negative comments of you, but I’ve learned to not let it get to me.”

In Dec. 2017, prominent idol Jonghyun was found unconscious by emergency responders in his apartment due to an excess of smoke inhalation. CPR failed, and he passed away at 27. Investigators ruled it a suicide, and it was later found that he had given his friend a suicide note a few days prior.

In Oct. 2019, outspoken ex-idol Sulli, 25, was found dead in her apartment by her manager. Sulli was a prominent advocate of feminism and tried to change the conservative, suffocating judgement of women in South Korea’s society. She had been assaulted by hateful comments since the debut of her group f(x) in 2009 and had been struggling with depression for quite some time. This passing was also deemed a suicide.

In Nov. 2019, another ex-girl group member Goo Hara killed herself after posting a final Instagram post captioned “Good night.” Known commonly as Hara, the 28-year-old had attempted suicide in June earlier this year and had been called attention-seeking by anti-fans on the Internet. She endured years of harsh comments and was close friends with Sulli.

After Sulli’s passing, she openly cried for her friend and told her that she hoped for the best for her wherever she was. Goo Hara consoled worried fans that she would be okay after the loss, considering her earlier attempt, but the built-up grief from her lifestyle and stress from facing her abusive ex-boyfriend in court took its toll.

After these major losses of bright, talented and influential people, fans all over the world push South Korea to make a law against malicious commenters in the age of the internet, especially in an industry that mainly uses the media to promote.

The suicide note Jonghyun left to his friend was released after his death. It broke readers’ hearts all over the world with how hollow he sounded. The translation on Washington Post read, “The life of fame was not for me. They say it’s hard to bump up against the world and become famous…. Why did I choose this life? It’s a funny thing. It’s a miracle that I lasted this long.” Jonghyun asked that whoever reading the note just tell him that he did well and worked hard. He pleaded to not be blamed, that he couldn’t hold on any longer.

Sulli, whose real name was Jin-ri Choi, did not leave a note behind. However, it was not a secret that for years, she had had to deal with damaging false rumors of pregnancy, scorn for speaking out as a woman, and was called an insane drug user for playing her role well as an addict for a movie. This was extremely detrimental to her mentality, as Choi received criticisms and verbal abuse in a time when she needed love and support. Malicious comments constantly harassed her for anything she did, whether it be on or off screen.

Hara was also constantly harassed for her plastic surgery, despite the fact that South Korea has the highest rate of plastic surgeries per capita in the world, with nearly one million procedures carried out each year, and those are only a portion of the total, as records aren’t regulated by the government and can be paid for in cash.

The World Health Organization updates a chart of suicide rates in countries around the world every year. South Korea consistently ranks first in developed OECD countries with the highest rate of deaths by suicide. According to Our World in Data, those with depression are 20 times more likely than those without to take their own lives. Combined factors of routine social alcohol consumption, job-related pressures and high visual standards in South Korea contribute to the startling statistics. Mental health is the elephant in the room for the citizens in this country, and most still choose to look away in denial.

These shocking facts and the legacies of people that have been lost really make one wonder if the fame is worth it. Fans still grieve for the losses of their idols and strive to change the condition of the entertainment industry in South Korea. Consider the years of work, sacrifice and emotional turmoil idols experience the next time you listen to K-Pop.