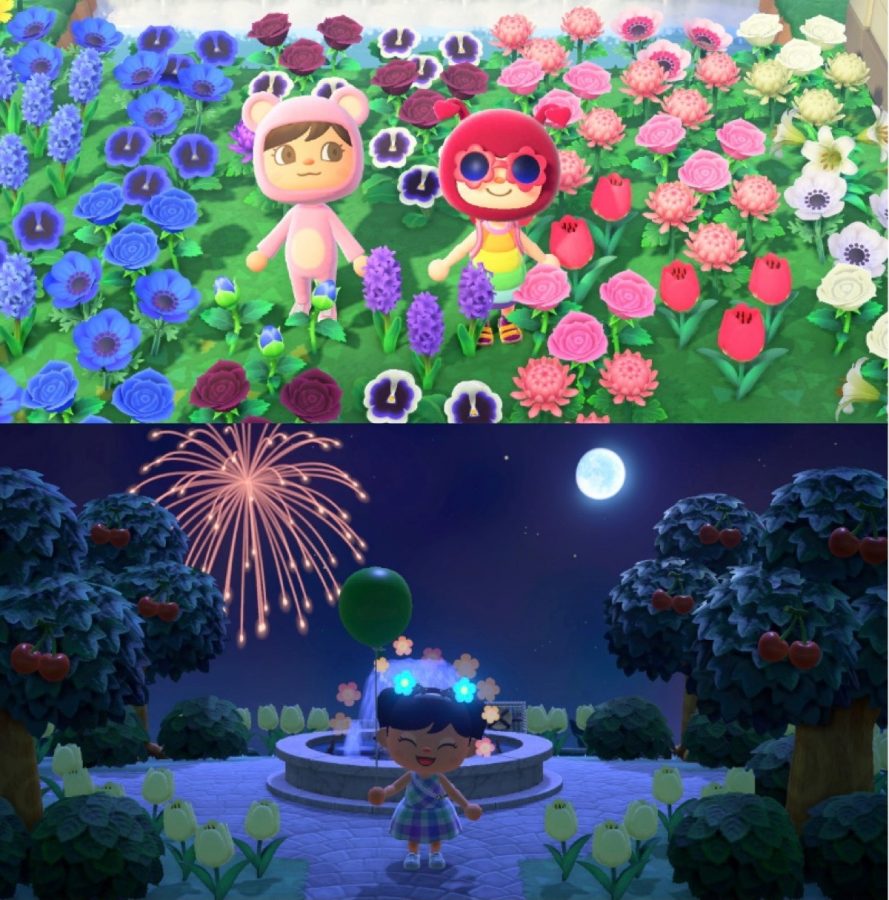 As a result of the COVID-19 pandemic, people have been asked to stay in their homes. Spending the summer in quarantine can be uneventful and boring; however, TV shows and video games aren’t failing to entertain people.

There are several TV shows and video games that have been popular over the course of quarantine.

At the beginning of this summer, Netflix aired the Nickelodeon TV series, “Avatar: The Last Airbender.” This show deals with Avatar Aang who must learn to master bending in all four elements of fire, water, air and earth to stop the Fire Nation. Along the way, Aang and his friends overcome problems while trying to restore balance to their world.

This show was such a big hit that shortly after the release of “Avatar: The Last Airbender,” Netflix decided to stream the sequel, “The Legend of Korra.” The Avatar Korra moves to Republic City to master her final element, air. She does this all while fighting crime and facing a variety of villains.

“I would recommend this show to people because it’s really fun to watch with your family or friends, and it’s a classic show that so many people remember from their childhood,” claims Sabella Habtemariam, West Ranch freshman and Avatar fan.

Among the top ten on Netflix this summer was the hit show “Outer Banks”.

This newly popular drama-thriller, which was just recently renewed for a second season, follows a group of teens as they navigate their way through drama, run-ins with the law and even murder.

The show revolves around John B and his group of friends, Kiara, JJ and Pope who embark on a mission to find a famous treasure. Finding this treasure would be life-changing for these teens, for they are ‘Pogues’—coming from a tough neighborhood with little to no opportunities. During their journey, the teens have to deal with Kooks, sheriffs and enemies who will kill to get the gold.

Throughout the show they are challenged with a series of riddles, tasks and other deterrences that help them get closer to the treasure of The Royal Merchant. Obstacles try to stop them left and right, but as they overcome these situations, we are informed of a plot twist involving John B’s lost father.

The show launched the careers of the main actors. It has officially been renewed for another season

The Netflix Original Series, “On My Block,” follows a group of high school teenagers in a small town neighborhood. The series also focuses on representing Spanish heritage.

The lives of Ruby, Monse, Jamal and Cesar take a turn for the worse when they enter high school and Monse returns from summer camp. She finds out that Cesar is forced to join the Santos, or Saints, his family gang. While Monse and Ruby try to mend things and bring the group back together, Jamal and Abuelita, Ruby’s grandmother, join forces to try and find the legendary RollerWorld money. RollerWorld is a treasure of $250,000 that previously was used for laundering through the company RollerWorld. Once the launderers were found, they took all of their remaining money and buried it in an unknown place in their hometown.

The show is an explosive blend of love, trust and barbarity that incorporates fun elements through jokes and various side characters.  Season three of the show was released on March 11. It is rumored there is to be a fourth season released next year.

Over the course of quarantine, popular video games such as “Animal Crossing: New Horizons” and “Fall Guys” have been taking the world by storm with their massive production and ability to keep their fans entertained.

Nintendo’s popular game, “Animal Crossing: New Horizons,” was released on March 20. The game is known to be both relaxing and dynamic, for it enables the player to create their own island.

“ACNH made quarantine so much more bearable by taking up a lot of leisure time, since it can be time-consuming,” explained West Ranch freshman, Ashley Chen. “I was able to keep my mind off of the world.”

The user is guided through the aspects of the storyline with the help of Tom Nook, Blathers and many other characters such as the villagers. All of the characters within the game are animals, coming in all sorts of colors, breeds and personalities. You can upgrade, decorate and design your island to your desire while collecting new items, clothing and recipes.

Players also learn to catch bugs and fish to display in their museums, or sell their items in exchange for the game’s currency, “bells.” Alongside the creative aspect of the game, you are able to travel to other islands and take part in tournaments with your friends. Its moderators incorporate new features into “Animal Crossing: New Horizons” frequently, such as the recent swimming update, farming, and firework displays.

The game is played on the Nintendo Switch console, and costs $59.99 to download or buy.

Just like “Animal Crossing,” “Fall Guys” is arguably one of the biggest online games as of right now—and it’s not hard to see why. The game has built a massive following, with popular gamers such as PewDiePie, Markiplier and Mr. Beast streaming it on their channels.

Frequently nicknamed “the new Fortnite,” “Fall Guys” is an exhilarating multiplayer party game where players race to overcome colorful obstacles whilst competing against each other. Everyone hurries over the obstacles and races to the finish line in hopes of not being knocked off of the platform, as it results in elimination.

Competitors engage in several rounds of elimination hoping to be crowned victorious. It became the most successful PC release of all time for its developer, Mediatonic, with well over two million sales sold on Stream alone.

The effects of quarantine have led to the emergence of new interests and hobbies for many people.

“I think, taking from my experience, it’s because of how the world is. It’s important to have an escape from reality that doesn’t affect your real life,” explained West Ranch freshman and TV show fanatic.

As everyone tries to stay calm and get through these tough times, being able to escape and appreciate the little things is important. Finding new interests such as TV shows or video games are just a few ways to do this.