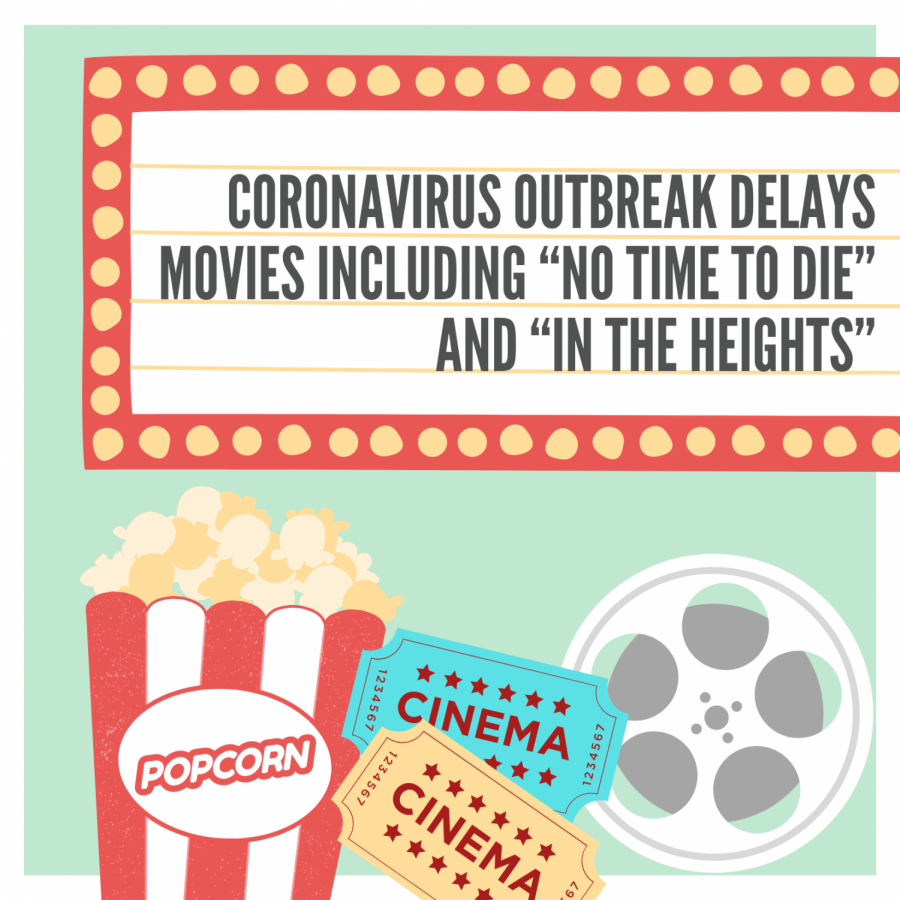 The comforting scents of butter, soda and candy permeate the atmosphere as you make your way into the cinema. Posters for featured blockbuster movies are plastered on almost every surface available and you can’t help yourself from getting excited. This beloved process of going to the movies has been incredibly affected by the pandemic and the global shutdown. The release of highly anticipated movies ranging from the next James Bond movie, “No Time to Die”, to the musical adaptation “In the Heights” are cancelled or delayed to a later time.

One of the most awaited movies, “Mulan” hit theaters temporarily, but the lockdown took a toll on its lasting appearance in cinemas.

The live action Disney film was originally released in March 2020, but was postponed due to the coronavirus. However, this didn’t stop Disney from releasing the movie altogether— “Mulan” was made available on Disney Plus on Sept. 4.

Unlike other movies on Disney Plus, “Mulan” requires more than a subscription to watch the new film. People will need to pay an extra $29.99. However, after Dec. 4, there will be no additional charge, and users of Disney Plus can watch the movie for free.

The movie is a remake of the 1998 animated film, which follows Mulan, a Chinese woman who fights in battles against the Huns while disguised as a male. She fools almost everyone, and eventually becomes the inheritor of the Chinese empire. The movie is known for its smashing soundtrack which, unfortunately, has not been included in the live action version.

The original animated “Mulan” is an iconic movie to many, as it features the first Asian princess in a Disney movie.

Emily Kim, a freshman here at West Ranch, enjoyed the movie “Mulan” because “it helps represent the Asian community” and “ shows a fierce woman doing more than chasing after a man, as most Disney princess movies display.” It “truly conveys how women have more to offer than what the majority of the entertainment industry puts out,” Kim added.

However, some students aren’t willing to pay the additional amount. “I was going to watch it with my friends, but hopefully when it comes to Disney Plus for free I can watch it,” Ava Siano, a freshman at West Ranch said.

Unfortunately, the movie has gotten criticism after recently being exposed for filming Muslim concentration camps in the background of a few shots of the movie.

CNN reported that Disney publicly thanked a Chinese government agency accused of human rights abuses in Xinjiang for its help in making “Mulan”. The scenes of the movies have identified the camps in the backgrounds, and many Disney fans have been boycotting the film.

Other movies directed and owned by Disney have also been pushed back to a later date, including Marvel films.

The Marvel Cinematic Universe is a hit franchise that creates popular tv shows and movies portraying the lives and stories of superheroes. The movies all originate from the comics, written by Stan Lee who passed away just two years ago.

Marvel movies “Black Widow” and “Doctor Strange 2” were set to hit the big screens at the end of the year, but their releases are now delayed.

The movie “Black Widow” is supposed to follow the origin story of the original female Avenger, explaining her past as an agent exposing her secrets to the public. “Doctor Strange 2” will supposedly show Doctor Strange learning about the time stone, one of the Infinity stones. However, his studies are cut short when a friend-turned enemy returns, and he must use his abilities of the mystic arts to overcome and defeat them.

West Ranch freshman, Luke Weightman, “was looking forward to seeing Doctor Strange 2 in theaters,” like many other people. He added that he is “not too annoyed because the delayment of the movie could add benefits in making the film better.”

Alongside these movies, “Spiderman 3” and “Thor: Love & Thunder” are pushed to later dates than anticipated; new release dates are to be determined. All of the movies are most likely to come out after 2021, but nothing is for certain yet.

No Time to Die: James Bond

Similar to the action-packed films in Marvel, “No Time to Die” is also delayed. The highly-anticipated 25th installment in the James Bond franchise was slated to release around April of this year, but was delayed to 2021. A summer release or earlier is unlikely, as TheaterMania told readers.

West Ranch freshman Sidney Morales “was hoping to see ‘No Time to Die’ in the following year,” just like all of the other fans across the world. However, people have to wait for the film to drop before following the adventures of James Bond once again.

The James Bond movies have been releasing almost every other year since 1965, centered around a British agent completing missions and other such tasks in a sophisticated and entertaining fashion. He is seen in a tuxedo, in almost every scene, no matter the situation.

The actor for James Bond is recast frequently, and the current actor Daniel Craig is set to retire after this film. In the movie, James Bond returns from his five year absence, and enlist him to track down a missing scientist. Every one of the films features a trending musical artist such as Adele or Sam Smith previously; this movie features 19-year-old Billie Eilish.

The awaited movie has not yet been confirmed for its release date, however being patient for the movie’s release is critical for a smooth transition when ready.

Unlike action movies, other films focus on topics like love and family. The movie “In The Heights,” starring Anthony Ramos and Stephanie Beatriz, is a highly anticipated musical film written and produced by Lin Manuel Miranda himself. Although it was set to come out this past summer, the musically artistic movie is postponed until next year.

The “In The Heights” movie tells the story of New York’s Washington Heights neighborhood, showing off a lively community at the brink of change. The movie was originally a Broadway Musical. At this moment, we can only predict that the movie’s set release is next summer, possibly the end of June.

“Wonder Woman 1984”, the newest installment in DC’s Wonder Woman series, was set to release on June 5. However, due to the coronavirus pandemic, it has been postponed to later in the year.

Wonder Woman is a classic superhero in the DC Franchise, and current actress and model Gal Gadot returns to her role in the upcoming film. Wonder Woman’s origin story takes place in World War 1, and she is expected to come up against villains Maxwell Lord and the Cheetah in the 1980s, both with superhuman abilities.

She has been featured in a variety of previous DC movies, along with her role in the “Justice League”, a band of superheroes that assemble to fight for the greater good. “Wonder Woman 1984” and the other films in the DC movie franchise are all based on the comics written by Malcolm Wheeler Nicholson.

Sela Patterson, an excited West Ranch freshman explains that she is “looking forward to seeing ‘Wonder Woman 1984’.” She and other students are excited for the movie to hit theaters hopefully by next year.

COVID-19 has greatly affected the entertainment industry. The temporary setback of these movies is critical to ensure their success in the future. Most of the movies such as “In the Heights,” “Black Widow” and “Wonder Woman” are all set to come out in 2021, so be sure to catch them when they arrive in theaters!