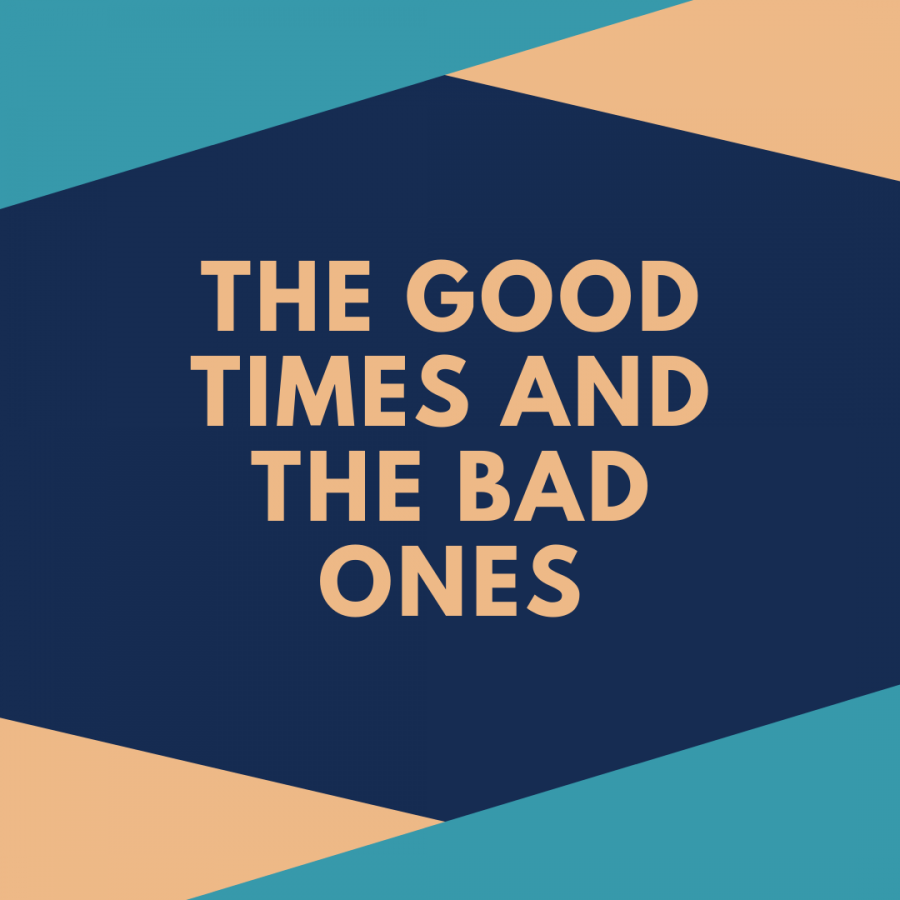 On Jan. 15, 2021, Why Don’t We released their new album, “The Good Times and the Bad Ones,”. After nearly three years, fans were excited to listen to the new music the boy band had produced.

The album was produced and created by the members themselves: Daniel Seavey, Corbyn Besson, Jack Avery, Zach Herron and Jonah Marais. However, the band also collaborated with Travis Barker and Skrillex in a small handful of songs.

In a “Why Don’t We” interview with Rain Magazine, band member Jack Avery claimed, “There were a lot of ups and downs for everybody over the last few years. Each song, I think, holds a specific and special emotion.” He explained, “All the different parts of that, we fell in and out of love and we fell in and out of our careers. And so for us, this was like our journal that we turned into an album.”

On Sept. 29, 2020, the song, “Fallin’” was released as the lead single for “The Good Times and the Bad Ones.” The song’s popularity made fans extremely eager to listen to the new album following the single.

Kayla Koontz, a freshman here at West Ranch, described her thoughts on the album.

“The album really showed their maturation,” she said. “It’s overall pretty fun to listen to and I recommend it.”

Creating the Album
In creating the album, the band explained in numerous interviews how they wrote, produced and created each song on their own. Beforehand, the band would collaborate with other songwriters or samplings from their label. This time they focused on the importance of making their own sound, which transitioned their music from the traditional pop to rock and instrumental.

“Why Don’t We” focused on finally making the music they aspired to and hoped to create from the beginning. Their biggest aspiration was to make a hit song that connects to listeners emotionally. In doing so, the band’s decision to produce the whole album by themselves allowed them to connect personally with each of the lyrics and phrases in the songs, according to American SongWriter.

Jonah Marais, the oldest member of the band, stated in an interview with American Songwriter regarding the production of the music, “We were able to dive into every lyric and really explain everything to a ‘T.’ I think that sums up the growth right there.” He also said he thinks “fans can feel that, and everyone’s excited.”

Song Favorites / Top Picks
Slow Down
The third song to drop before the official album release was “Slow Down.” The song is sampled from Smashing Pumpkins’ iconic guitar riff. With the help of Jaycen Joshua, the band mixed the rhythm and riff together to later send the sample to Billy Corgan, the only remaining member of Smashing Pumpkins. At the time of publication, the song has over five million streams on Spotify alone.
Lotus Inn
“Lotus Inn” is one of the most popular songs in the album. The song is based on the movies and books from the Percy Jackson series.

Characters stay at the Lotus Hotel and Casino, in which they would consume lotus flowers that made customers feel extra happy. Time passes by quickly, making days feel like only a couple of hours.

West Ranch sophomore, Katie Thurston, who enjoyed the song, stated, “I love the vibe of it. It’s really fun and everytime I hear it it makes me want to dance with my friends.”
Be Myself
The creation of “Be Myself” began with band member, Jack Avery, who struggles with anxiety. After dealing with major trouble with his mental health, Avery went to fellow band member Daniel Seavey to converse on his feelings. Seavey took inspiration from Avery, and in turn sparked the creation of “Be Myself.”

In an interview with PopBuzz, Avery talked about his appreciation for the song, saying that “it just shows you that you’re not the only one dealing with it, which is nice because a lot of the time when you’re dealing with it, you’re like ‘Am I the only one experiencing this?’ It’s some good reassurance that you’re alright.”
Grey
Unlike the other songs, “Grey” was first written more than a year ago, being the only lyrical ballad on the album. The piece personally connects to the emotional relationships the band took part in during their very own lives.

Seavey stated in an interview with PopBuzz, “Me and Jonah wrote ‘Grey’ a year ago. Lyrically, it was really special. It was really real and honest about where some of us were at in our relationships. We wanted one of the songs to be in that vein of a slower song and kinda switch it up.”

As people remain in physical isolation, this album is perfect to shed light on the difficult and tough times. The songs bring awareness to problems that many fans can relate to. Overall, this album is enjoyable, while still being able to comfort the listeners.