WandaVision Review: How the series lives up to the expectations of a Marvel production 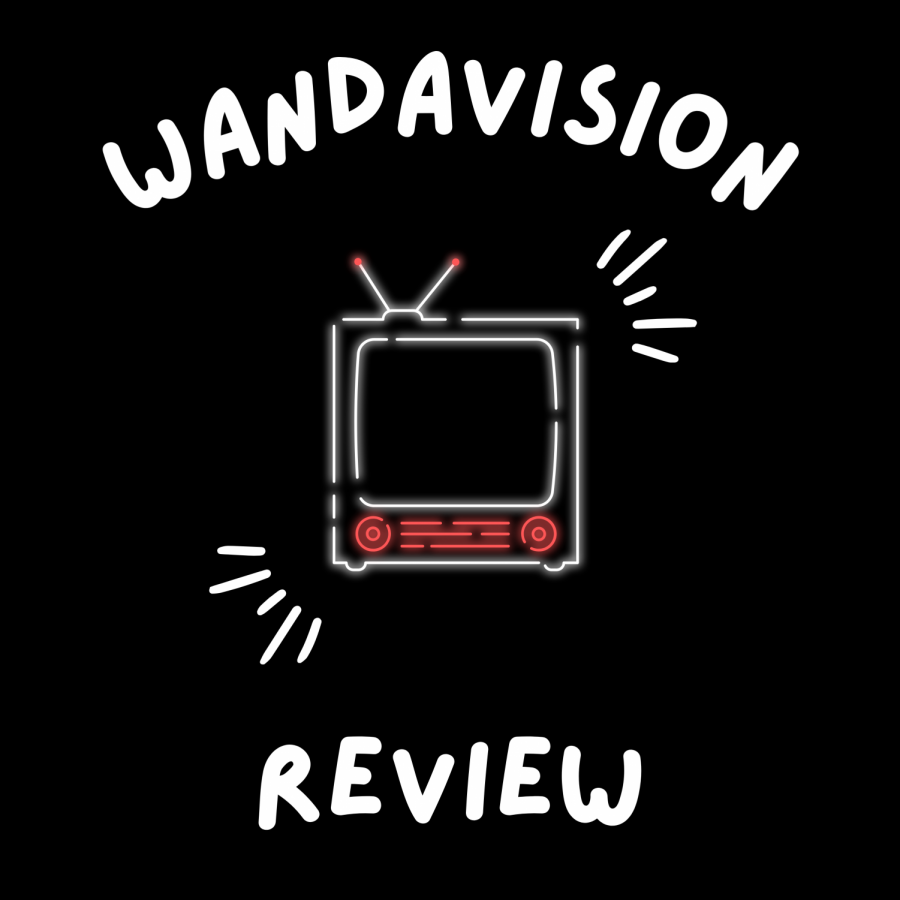 On Jan. 25, “WandaVision” premiered with two episodes on Disney+, marking the start of Phase Four of the Marvel Cinematic Universe. Starring Elizabeth Olsen as Wanda Maximoff and Paul Bettany as Vision, the series goes in-depth about Wanda’s personality, the origin of her powers, and her true form — the Scarlet Witch. “WandaVision” also showcases how Wanda deals with Vision’s death after the events of “Avengers: Endgame”: she unintentionally creates a fantasy world — a sitcom — in which Vision is alive in the town of Westview, New Jersey.

Throughout the series, Wanda’s fantasy world is referred to as “The Hex.” In “The Hex,” she has the ability to control everyone that lives inside the town and decide their roles within her sitcom. Wanda essentially creates this artificial reality because she can’t cope with the loss of the one she loved the most.

There were many aspects within the series that made “WandaVision” unique and enjoyable for viewers:

The way the series started off as a typical 50s sitcom rather than the usual serious, action-packed Marvel films added a special touch. The jump through the decades of the 60s and 70s reminded viewers of hit sitcoms “I Dream of Jeannie,” “Bewitched,” and “I Love Lucy.”

Wanda’s humorous side within the sitcoms gave viewers a new perspective of her personality as it was always limited in past Marvel films. The series also brought Wanda into the spotlight and she finally got the screen time she deserved after constantly being on the sidelines.

From the series, we get a deeper insight into Wanda’s backstory and what obstacles she has had to experience throughout her life. “WandaVision” does an exceptional job in developing Wanda’s character, taking viewers through an emotional journey in discovering who Wanda truly is.

An essential character that plays an important role in revealing Wanda’s identity is Agatha Harkness — a knowledgeable witch with dark magic who disguises herself in Wanda’s sitcom as the nosy neighbor Agnes. Wanting to find the origin of Wanda’s powers, she takes Wanda back to her traumatic memories, showing the loss of her parents, brother, and Vision. Through Wanda’s past, we learn that Wanda harnesses chaos magic and that she has had these powers since she was born. Agatha even calls her the Scarlet Witch, making it the first time that Wanda’s comic book name is used on screen. This was definitely an iconic moment for Marvel fans.

The Relation to the Comics

From her name to her powers and costume, everything was on point from the comics. The series does a great job in making Wanda more in line with her comic book character and completely transforming her into the Scarlet Witch.

The Connection to Future Marvel Films

Another element worth mentioning is how the series leads into future Marvel productions. The series ties into Captain Marvel 2 with the appearance of Monica Rambeau, the daughter of Captain Marvel’s best friend. Marvel uses the series as an opportunity to develop Monica’s character and show how she gains her energy-based powers from “The Hex.”

Adding on, it has been confirmed that Wanda Maximoff will appear on “Doctor Strange in the Multiverse of Madness.” Fans theorize that the show sets up Wanda as the Scarlet Witch in preparation for Doctor Strange 2. With the series ending with Wanda learning about her powers, it is likely that she may go to Doctor Strange in search for more answers.

The Return of Past Characters

Making their return to the MCU in “WandaVision” are Darcy Lewis and Jimmy Woo. Darcy Lewis, who we last saw in “Thor: The Dark World,” appears as an astrophysicist working for S.W.O.R.D, or the Sentient World Observation and Response Department. Last seen in “Ant Man and the Wasp,” Jimmy Woo appears in “WandaVision” as a FBI agent who investigates “The Hex.” It was nice to see more screen time with these characters since their last appearances in the Marvel films.

Overall, “WandaVision” certainly lives up to the high expectations of a Marvel production. The series finale is full of action and emotion with Wanda reaching her full potential as the Scarlet Witch after her battle against Agatha Harkness. This series was definitely a great start to Phase Four of the MCU.