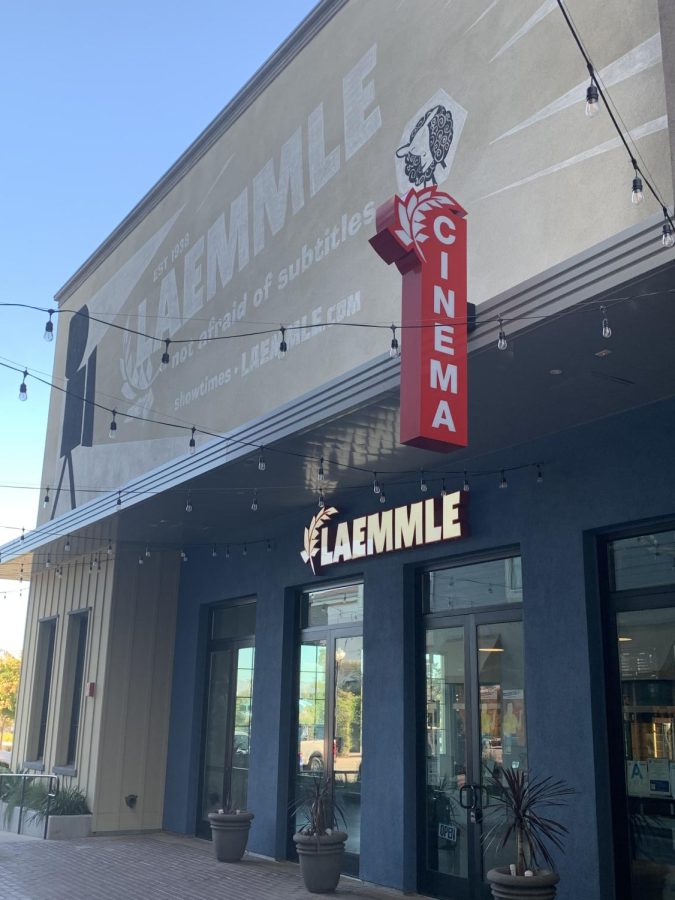 Due to the ongoing COVID-19 pandemic, the Laemmle Theater franchise was forced to shut down for over a year. Fortunately, the movie chain was able to reopen in April 2021, its doors as CDC officials deemed it safe to do so.

However, on April 9, 2021, the theater held a ribbon-cutting ceremony hosted by Greg Laemmle, the owner. “We just want to continue to develop the audience as a new location.It may take some time and it’s going to take us greater effort because so many people have stopped going to the movies or are unaware that movie theaters are open” Laemmle said.

In addition to standard movie-going, Laemmle Theaters offer a variety of film events such as one-night screenings, event premieres, and academy qualifications. As Laemmle reflects a strong artistic presence in the city, it welcomes the entire SCV community to be a part of it.

West Ranch sophomore, Isha Santhosh, explained, “I liked that they have foreign films and a wide variety of movies. Most theaters just have the most popular upcoming movies, but this theater includes so many different types.”

The theater’s seat count ranges from 31 to 120. The theater has taken various precautions on account of the on-going pandemic, and therefore have rules and regulations in place in order to keep audiences safe.

Masks are required for all customers and employees regardless of vaccination status. However, masks can only be removed when seated in the auditorium. These regulations allow the theater to start screening movies and welcome people to watch upcoming movies on the big screen again.

Currently the theater is allowed to be at 100% capacity. However, those who would like to distance themselves are able to reserve a one-seat buffer between parties.

The independent theatre encourages regular movie-going by keeping ticket prices low, and providing activities that allow individuals to be immersed into foreign culture beyond cinema. Similar to other establishments, the theater offers discounts and deals.

“We have a number of discount programs. One can immediately load a premier card, which is a store value card, and start getting discounts immediately on tickets and concessions.” Laemmle said.

The establishment also offers senior weekdays, free popcorn Thursday, and student Sundays. “We are firm believers that moviegoing is a regular activity. However, we recognize that for that to be the case it needs to be reasonably priced,” expressed Laemmle.

Local film fans finally have a near-by theater that plays a variety of films within a reasonable price range. Now, moviegoers can enjoy the relaxing atmosphere of the theater.