“The Beatles: Get Back” Documentary Review 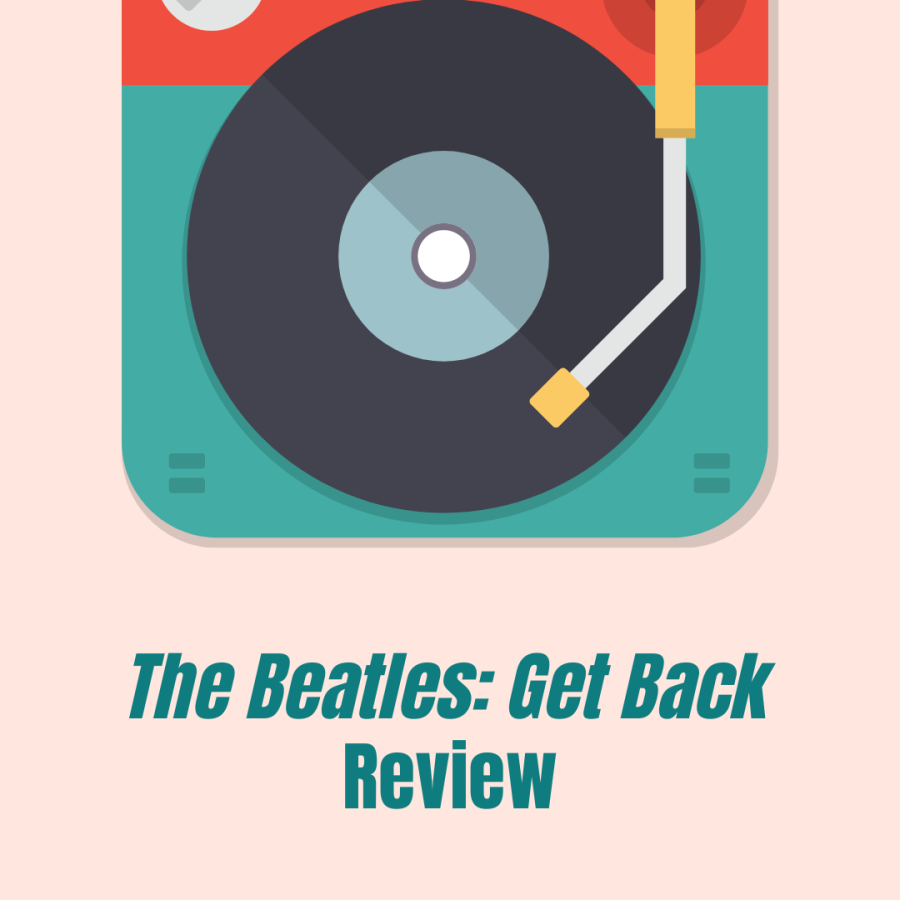 Released on Nov. 25, 26, and 27 on Disney+, The Beatles: Get Back contains almost eight hours of footage from the “Get Back” sessions, named after the song of the same name on their album Let It Be, which the Beatles wrote in Jan. 1969. The eight hours of film are split into three parts, each of which are about two hours long.

It’s Jan. 1969, at Twickenham Film Studios in London, England. The Beatles have come to the studio to record a new album. Since the group became a studio band in 1966, they have recorded three hit albums. Success came after tragedy for the band, as their manager, Brian Epstein, died in 1967 from a drug overdose. Epstein’s death led to tension in the group, ultimately resulting in the Beatles announcing their breakup in 1970.

When the Beatles broke up, all four members— John Lennon, Paul McCartney, George Harrison, and Ringo Starr— reflected on the sessions at Twickenham as an unproductive time, which became the common narrative of the Beatles’ final days. However, all of these conceptions about the Beatles have changed, with the release of yet another documentary about the group, directed by Peter Jackson, the Academy Award winning director of The Lord of the Rings trilogy.

The film takes place during Jan. 1969, when the band rehearses at both Twickenham Studios and the headquarters of their music company, Apple Corps. The group is faced with a large project— they must record an entire album of songs within the month to perform in a concert special.

The documentary takes a fascinating look at the Beatles’ final days, in a way completing the story of the “Get Back” sessions. In the film, the band members are not only arguing with each other, but also laughing together and having fun. It is captivating to see the Beatles’ songwriting process, and one can’t help but marvel at how they were able to write their songs so well.

For example, during one session, Paul McCartney starts playing his bass, to an exhausted George Harrison and Ringo Starr. They quickly join in— Starr playing a beat on the drums, and Harrison picking out a tune on his guitar. This riff sequence marked the beginning of the song “Get Back,” which appeared on the final version of the album Let It Be.

Hearing uncompleted versions of songs such as “Get Back” and “I Me Mine” is truly special, as it allows a look at the Beatles’ creative process. It is amusing to watch the group having a good time— whether it’s Starr and McCartney excitedly playing boogie songs on the piano, or the band hilariously botching a take. Their carefree personalities make them seem more human, and it’s touching to watch them working together in such a candid way.

Of course, the documentary does have its fair share of heartbreaking moments. In Part 1, at Twickenham Studios, the band is working on “Get Back”— after Harrison faced continuous criticism from McCartney for vamping on his guitar, he clearly had enough. Angry, he leaves the studio saying, “Well, I think I’ll be leaving the band now.” Harrison later said he left for several days due to the bitter arguments he had with McCartney and Lennon— the two constantly rejected the music he wrote, criticizing his techniques.

After Harrison walks out, only Starr and McCartney return to the studio. McCartney interrupts the silence within the group by saying, “And then there were two.” He tears up, and in that moment, it is clear that he is grappling with the fact that the band is starting to fall apart.

When Harrison returns several days later, one of his conditions is that the group scrap ideas for a TV special. Instead, the Beatles decide to hold an unannounced concert at the end of the month, but the location of the event is an intense subject of debate throughout the film.

An improvement in the band’s mood happens when Billy Preston, an American R&B musician, joins the group. When the Beatles move to the Apple Corps headquarters, Preston, a friend of Harrison’s, comes by to say hello. Preston is asked to join the four on the keyboard, as they couldn’t pre-record the instrument on their album. Preston agrees, thus becoming known as “The Fifth Beatle.” As soon as Preston arrives, there is an immediate change in the atmosphere of the studio, and the group is able to get a significant amount of work done.

In addition to showing the true story of the Beatles, Parts 1 and 2 of Get Back put several rumors about the band to rest— one of these surrounds Yoko Ono, John Lennon’s wife. Fans have theorized that Ono caused the Beatles’ breakup, and her involvement led to frustration within the band. However, Get Back shows that this isn’t true. Throughout rehearsals, Ono is quietly doing other activities, like reading and artwork— she is in no way interrupting the band. In addition, the other group members are understanding and supportive of her and Lennon.

The final part of the documentary shows the thrilling culmination of the band’s work. On Jan. 30, the Beatles host an unannounced concert on top of their headquarters at Savile Row. During the 42 minute concert, the band plays many of the songs on Let It Be, and the event attracts a crowd of spectators on the street below. In the end, the concert is interrupted by several police officers, investigating noise complaints they had received regarding the music. Although the concert was an amazing way for the Beatles to perform their album, unfortunately, it would be the last time they ever performed together in public.

Overall, The Beatles: Get Back takes a fascinating dive into the Beatles’ last days as a band, and it showed how much they loved each other, even when tensions in the group were at an all-time high. All three parts of the documentary are fascinating to watch, and the length of the footage does justice to the legendary group’s place in rock and roll. Whether you are a fan of the Beatles or simply want to know more about them, The Beatles: Get Back is a captivating film that truly encapsulates the story of one of the most influential bands of all time.