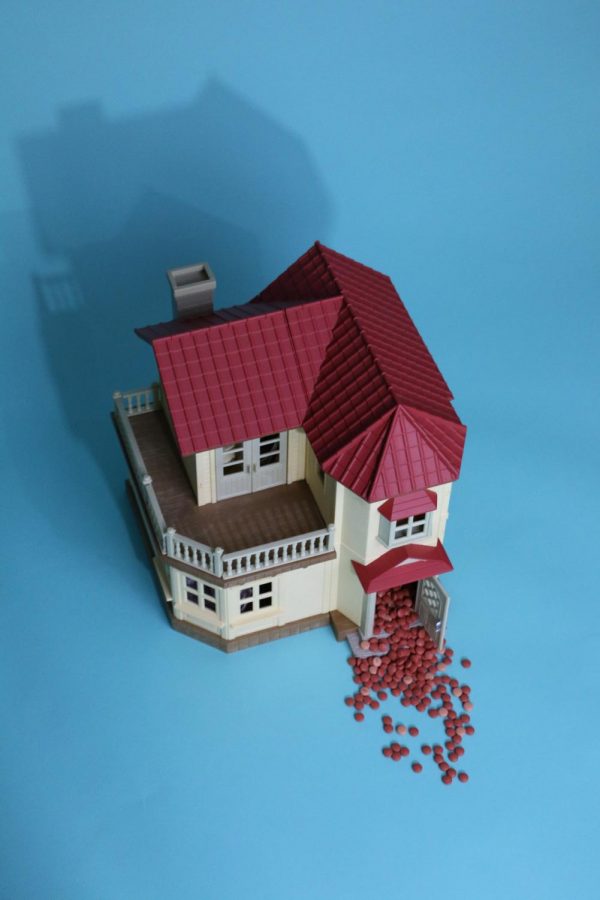 If boredom, stress, affluence, and social media are all building a culture that supports drug use, how can we stop it? We must address the collective mental health problem in the student body and change the way we educate youth about the dangers of drugs.

Due to boredom, “nothing to do” often becomes “nothing to be.” Life loses value, pushing the students of West Ranch into collective existential doubt. If nothing means anything, then the potential destruction caused by drugs becomes meaningless, too.  Along with this, students have been forcefully driven to success by adults for a countless number of years, driving them to a breaking point. This may seem melodramatic, but the pressure has pushed many to do worse than heroin.

“We have had several suicides here [from West Ranch graduates]. One of them I talked with about that pressure and here, years later, in some ways she couldn’t handle the pressure,” said AP European History teacher Adam Holland.

All this pressure and competition has the potential to do more that just stress us out; it directly causes some to turn to drugs.

“I feel like mental health has a huge part in wanting to be happy on a drug. Wanting to trip out on acid when you are sad because you want to feel a new feeling and you want to be someone else for 12 hours,” said Brown.

The only way we can start to solve this problem is by looking at how we measure success at West Ranch. Until we start to set realistic goals of achievement for ourselves and our peers, we will only continue to fail at reaching them.

“I have a lot of students that I may say, ‘You don’t have to take all those AP classes,’ and then they say, ‘But all my friends are taking them.’ And then they may feel pressure at home. It’s all different levels of pressure, and I think a lot of it is what they put on themselves,” said West Ranch counselor Christine Reynoso.

Most importantly, parents who hold the most sway in their children’s lives need to lower their expectations. In some cases, when parents neglect to take interest, they do lose their children. Brown recalls her friend’s death to a heroin overdose.

“It was like her parents’ eyes had opened. I feel like if parents payed more attention, asked their children how their day was going, befriended their friends to see what type of people they were, they would know warning signs,” said Brown. “There were so many warning signs with my friend but the parents were so oblivious. They just thought she was a sad teenager and every teenager is sad.”

If parents fail to notice signs, then how are schools filling the gaps?

“The programs we have at school — not going to lie — are pretty bad. Like the health class at school is like ‘Here is what happens if you overdose on drugs.’ They didn’t explain a lot about it. The DFY-IT program doesn’t seek out to stop drug abuse. They are just like ‘Don’t do it! Get one of our t-shirts!’” said junior Alana Pelaez.

Years after DARE program field days and red ribbon weeks, many teens tend to find themselves smoking marijuana. And when that does not turn them into the crazed addicts in the PSAs they have been watching since birth, they begin to question everything they have been told about drugs. The problem with being told from a young age that drugs are bad is that it is a blanket statement. It is demeaning, patronizing, uniformed, and ultimately holds little influence over teenagers’ decisions. Simply taking a week out of the year to say “something is bad because it is bad and that is all you need to know” is completely ineffective. It is truly the bare minimum.

What we need to realize is that drug addiction is not a problem that can be fought with fear. That is like trying to fight a fire with a paper fan. We need to start battling drug addiction with reason. We need open and ongoing dialogues rather than sporadic, fear-mongering, and self-congratulatory monologues. We need adults willing to face the facts and talk about them maturely with us. We need to recognize that this problem is a complex cocktail made up of many ingredients: the pressures put on students, their collective mental health, their boredom, and Santa Clarita’s general affluence. There needs to be an honest, open conversation about this. And we, the students, need to be a part of it.