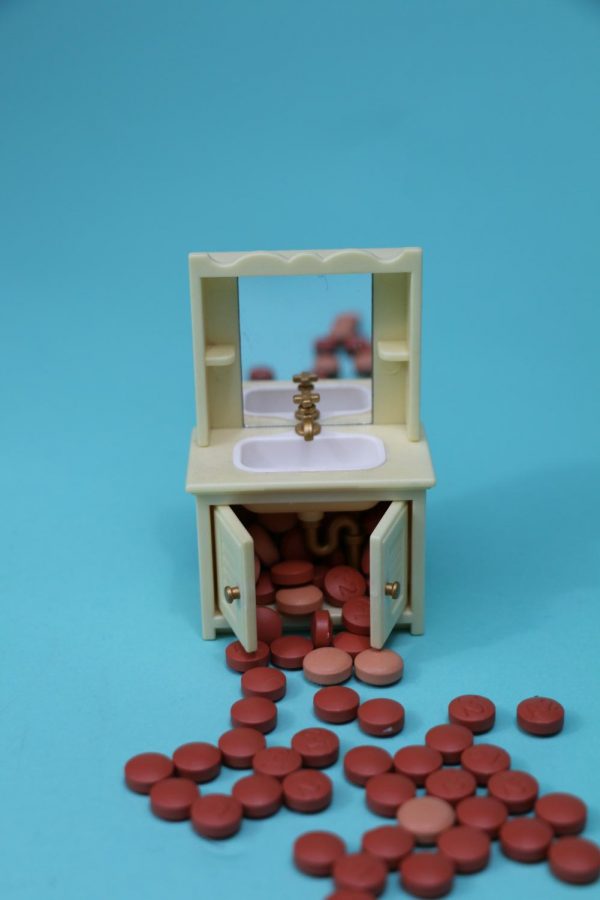 Where it all began

Beneath the exterior of sweet, suburban Santa Clarita — from Trader Joe’s all the way to College of Canyons — grows a formidable chaos that has been noticed but not stopped: the opioid epidemic.

“‘Opioid’ is a type of drug — a classification of drug that acts on what are called the opioid receptors in the brain,” explained Los Angeles Police Department (LAPD) sergeant Chris Warner, who has previously worked as a drug recognition expert. “These drugs are high potential for abuse and high potential for drug dependency. Some of the drugs within the opioid classification would be your street drugs, such as heroin, but also your prescription drugs, such as Vicodin, Oxycontin, and so forth. They all range in different degrees of restraint; Fentanyl is the strongest of them.”

Seven months ago, when there was an increase of heroin usage and overdoses among Santa Clarita residents ages 19 to 26, health inspectors found fentanyl laced in confiscated heroin. While there were no fatalities at that time, as the months went by, the situation turned for the worst. From May 2 to May 25, there were six arrests that involved several narcotic operations, and in that investigation uncovered by officers of the Santa Clarita Valley Sheriff’s station, officers discovered about a pound of heroin and $10,000 in cash.

The 2016 overdoses were not the first case linked to opioids that impacted Santa Clarita. In 2011, six people, one of them a former Canyon High School graduate, died due to heroin overdoses.

“I sent several deputies who were proactive in the field on a mission to arrest anyone selling or using illicit narcotics,” said Captain Paul Becker of the Santa Clarita Valley Sheriff Station. “The significant number of arrests spelled out problems with heroin, Oxycontin, other prescription medications and amphetamines.”

Law enforcement used the scope of their resources to take action, but it was not enough to reduce the problem, let alone eradicate it. Such incidents regarding opioids are seen frequently in hospitals.

“Drug abuse is perceived as a serious problem in the medical field,” said Pant. “We see patients, especially youngsters, coming in with neurological disorders caused by drugs. This includes hallucinations, seizures, various brain function impairment and even coma.”

While emergency room visits among heroin users of all ages has increased, the sharpest has been among the state’s young adults. According to the National Institute of Drug Abuse, young adults between the ages of 18 to 25 have been the largest abusers of drugs, including prescription medication, opioids, anti-anxiety medication, and ADHD stimulants.

“Sadly, [normalization of opioids] is true,” said Pant. “Many teenagers and people in their early 20s who are admitted to hospitals are admitted due to debilitating medical conditions directly or indirectly related to drug abuse. Drug abuse is a widespread problem among youngsters.”

The opioid crisis in Santa Clarita also traces back to the uncomplicated methods used to access to drugs — such as heroin — and the inaction from pharmaceutical corporations and retail marketers.

One anonymous West Ranch student commented: “It’s all about who you know. Kids have accessibility to drugs when they know someone who is 18. Mainly seniors, who are able to get a med card and sell weed to minors. With the right connections, it’s super easy to access drugs in Santa Clarita.”

Pharmaceutical companies mistakenly led a marketing campaign in the 1990s that changed the perception of opioids entirely — opioids were marked as perfectly safe to be prescribed in almost any case of pain. For doctors, this change in the methodology of prescribing medicine was a sigh of relief; many were working under a stressed environment in order to meet with all of the patients in a finite amount of time. To some patients in a number of states, doctors even prescribed an amount close to a pill bottle per resident in total.

Many household names of pharmaceutical companies such as Purdue Pharma, Johnson & Johnson and Pfizer profited 11 billion dollars in opioid sales alone. In the case of Purdue Pharma, who is the creator of OxyContin, Pharma earned 3.1 billion dollars from OxyContin’s sales. The company was later found guilty of misleading the public, but in comparison to the damage caused by the people it had misinformed, Purdue Pharma only had to pay $635 million in fines.

Also, major health retailers such as CVS Pharmacy, which has multiple branches in the Santa Clarita Valley, only recently took a step in limiting opioid prescriptions to patients. The new opioid policy implemented last September decreases opioid prescriptions to seven days and would instead switch prescription medication to lower-dose and instant release formulation painkillers.

The Santa Clarita Valley Sheriff’s Station has thought of new ways to fight and defeat this epidemic.

“There is a multi-faceted aspect involved in both law enforcement and public health officials working on reducing the desirability of opioids,” said Warner.

Back in June, sheriff Jim McDonnell announced to the public that more than 1,300 doses of Naloxone, an anti-opioid nasal spray also known as Narcan, were being issued to deputies patrolling Santa Clarita, parts of East Los Angeles, Crescenta Valley as well as parks and colleges, all of which are suburbs. In the weeks that followed, all 240 officers of the Santa Clarita Valley station, including supervisors, would be issued doses and trained on how to handle Narcan. This spray would be able to reverse the effects of overdoses related to painkillers, heroin, and Fentanyl.
In hopes of preventing the opioid epidemic from spreading, Santa Clarita is taking action: Sheriffs recently partnered with local drug treatment/rehabilitation centers to educate locals about addiction and created a unit called the Juvenile Intervention Team who would speak to adolescents at schools about drugs.

While the Santa Clarita health officials, medical workers, and sheriff department try to create a way to improve the fragile state of the opioid epidemic, lingering matters still remain: What are the leading factors that make people want to pursue opioids? How can adolescents be a voice in putting a stop to this epidemic? What are the roles of parents, school administrators, and in general, adults in this leading issue? What is it they cannot seem to understand, and how can they improve? But most importantly, there is still the big question:

What are we afraid of?