Changing the schedule in schools across the Hart District 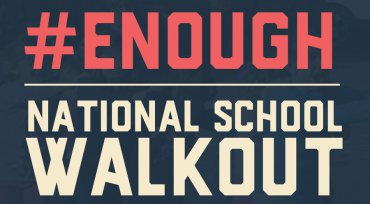 Protest has never been, and never should be, an institutionalized matter. A mass movement is not meant to adhere to rules. In fact, it is meant to break the ominous standards currently in place.
Hart District has adapted its schedule so that we have brunch during the walkout, designating an orderly 15 minutes for students to speak their minds, and then it is back to spotless desks and simple sentences. The fact that schools have altered their schedules in order to accommodate the student walk-out for gun control is ridiculous.
Although the change sounds like an attempt for the school help student protestors as much as it can, at its core, it is a deliberate action to take control of students and their demands. When described to me, the schedule seemed to be an attempt to make things as convenient as possible for teachers and a way for all to get involved. These statements are nothing more than pitiful excuses from an institution that wishes to mandate free speech and much needed change.
What angered me most about the changing of the schedule was not the idea that this was a way for all to get involved, but rather it was defended by administration as an action to relieve teachers of any inconveniences from students leaving class. An inconvenience is having to park at the elementary school because there are not any spots left. An inconvenience is forgetting your Hydroflask at home and now having to drink water from the wretched, warm water fountains. An inconvenience is not a group of bold activists practicing their right to fight for their safeties in school and everywhere.
The #ENOUGH National School Walkout (https://www.womensmarch.com/enough/) is meant to be a deliberate and abrupt action of leaving class. This movement is meant to be a disruption to the careless lack of gun control in our country and the dangers it has brought to the children of America. Although this activism may be uncomfortable for some, labeling it an inconvenience depletes the message. This movement will be uncomfortable. This movement will be disruptive. But this movement will be heard and the district will have to understand that you cannot regulate protest and label it a simple inconvenience. For years, Americans have been told to deal with mass shootings and the deaths that come from it. For years, Americans have waited for action. It is imperative that our actions be fostered and respected, not regarded as a mere disruption to precious class time and all its monotony.
What we learn from movements such as these are lessons that students cannot learn within the four walls of a classroom. These lessons come from activism, standing up for what you believe in, and becoming involved in things bigger than yourself. Students have taken charge of this movement because it is by them and for them. With administration micromanaging exactly how and when it will be carried out, it changes the purpose entirely.
Protests have never been events that are meant to follow strict rules. The point of walking out is to make a statement: one that demands safety in schools through stricter gun control. Changing the schedule so that the walk out is during brunch completely dissolves the purpose of the event. A walk out is designed for students to do exactly that — walk out. It is disappointing that the school district would rip the core of the movement from the hands of its students.
Principal Mark Crawford stated in an interview that the schedule change was put in place to ensure that the protest occurred “in a time and a frame that works with the schedules to make sure that no one is marked absence or that this is done in a proper manner.”
Although I completely agree with the efforts to make the walk out as safe and respectful as possible, that does not mean administration should try to regulate this movement to fit their needs. There is no proper manner for protest. It is an act of conscious disruption and defiance.
Change does not come by following the guidelines set by those before us. In fact, movements like the civil rights movement, the women’s suffrage movement and the gay rights movement did exactly what they had been told not to do their entire lives — they spoke up, they sat in and they walked out.
Although we have always been provided freedom of speech, what good is it if we are told when and where to use it? I believe the Hart District means well in their actions by suggesting the schedule change, but by insisting it be conducted in a strict, regulated time frame completely diminishes the idea of protest and all its civil disobedience.