Why We Fail New Year’s Resolutions 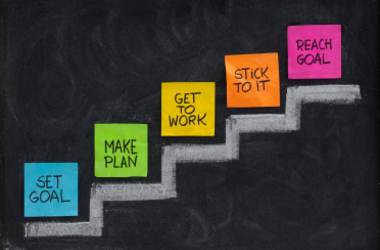 In Ray B. Williams’s article on the “Psychology Today” website, he cited Timothy Pychyl (http://www.psychologytoday.com/blog/wired-success/201412/why-people-cant-keep-their-new-years-resolutions),  a professor of psychology at Carleton University in Canada, and his theory of “cultural procrastination.” According to Pychyl, new year’s resolutions are attempts to recreate one’s self and motivate one’s self for the new year. However, people struggle to change their old habits which result in a higher probability of failing their New Year’s resolutions.

This aspect is understandable because everyone goes through difficult situations and may be off-track at one point. However, there are some pinpointed reasons as to why many fail to keep new year’s resolutions, reasons that people can recognize and change.

Professor Peter Herman, part of the Psychology department at the University of Toronto, developed the idea of the “false hope syndrome” in which Herman recognizes that some people set unrealistic goals that may not align with the skills of the person making it. For example, if I set a New Year’s resolution that I want to invent a technological device, I probably would not be too successful because I’m not particularly “tech-savvy.” I would be able to slowly learn more about technology; however I would struggle and start from the basics.

There may be instances in which those trying to maintain their resolutions may have cases of too little self-rewarding or too much self-punishing, resulting in a damage to their self-confidence and motivation. If I work out and visit the gym everyday for two consecutive weeks, I should rest for a few days and maybe even reward myself with an ice cream cone. If I want to volunteer at least twice a week but can’t make it on one of the days, I should relax and encourage myself to be more active next time instead of punishing myself.

Your own source of motivation is also an important aspect of reaching success. Sara Ehrman, the AP Psychology teacher at West Ranch confirmed, “Yes, you really need internal motivation and need to be at the point when you know your own motivation.” According to Stephen Kraus in his article in the “HappyPublishing” website, having a broad resolution such as losing 15 pounds in two weeks, may not be helpful when difficult situations come by. If the resolution is more specific and has an underlying reason, such as trying to eat vegetables every day in order to train your stamina, it will constantly strengthen your mind to keep striving.

Keeping your New Year’s resolution may be difficult; however the result may be worthwhile. Ehrman recommended, “In order to always remember or succeed in one’s resolutions, come up to conclusions about one’s own self and always get support whether it comes from parents or friends.”

Don’t get dragged into the percentage of those who don’t achieve their resolutions. Be the one who is passionate and active to see the long-term results that may just be life-changing.