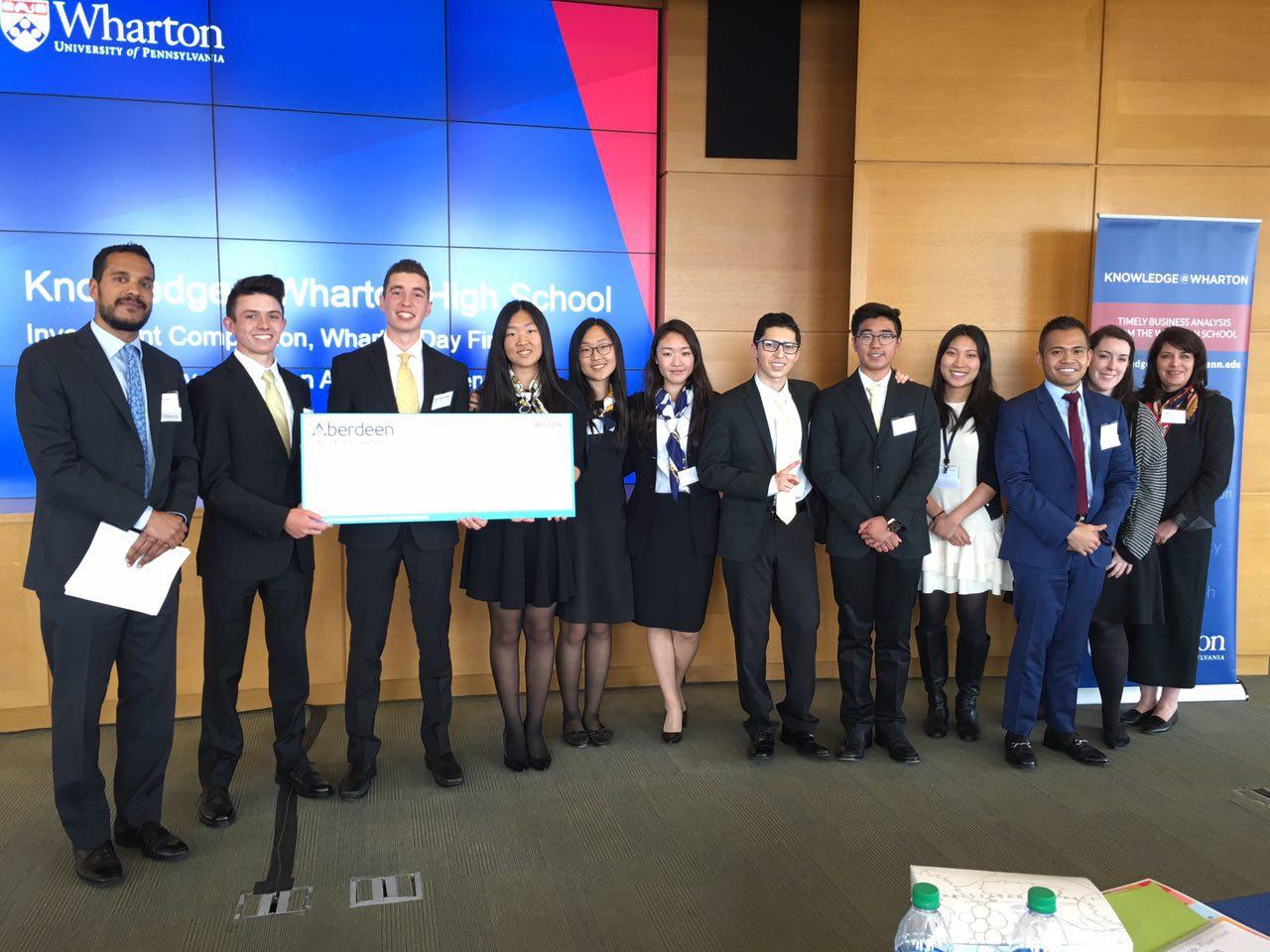 The West Ranch team wins the Investment Competition for the second time.

The West Ranch team wins the Investment Competition for the second time.

A Personal Reflection on the Wharton Competition

The day after coming back from Philadelphia, people asked me, “How was Philadelphia? How did it feel like to win an international competition? Do you think I should join the Stock Market Club next year? What do you do in the club?”

I reply back telling them it was probably the most enlightening learning experience I’ve had and you should all join, but reflecting back at it now, going to Philadelphia this year provided me with so much more.

This year, I was fortunate to be a part of a team of seven people from the Stock Market Club that went to Philadelphia for four days for the Investment Competition hosted by the Wharton School of Business and sponsored by [email protected] High School and Aberdeen Asset Management. The team was made up of Team Captain, Drake Walker, and 5 other members excluding myself, Tristan Esquivez, Giann Espino, Sam Hassanzadeh, Garam Kim, Eunice Yi.

The seven of us and Linda Cox, the Stock Market Club adviser, started working on the competition last winter during break, by building teamwork and the Mid-Project Team Review, because the Investment Competition is split into two parts of the Mid-Project Team Review and the Final Investment Policy, and the Final Presentation at the University of Pennsylvania. Joining the team this year was at first frightening; I was now a part a group that had won the Competition last year. I did feel excited to get working, but this new team had a lot to live up to. Considering the fact that this was an international competition did not help at all with the pressure weighed upon us. And we were right to be afraid. After the competition, we learned that over five hundred teams from Europe, Canada, Mexico, Australia, China and India competed to be part of the top finalists to qualify for part two of the Investment Competition.

The main purpose of the Investment Competition was to have students step into the career role as a Financial Analyst and compete against other teams for the account of Jack Abraham, a former Wharton Graduate.  We had to design a diversified portfolio of investments for a 30-year time horizon and invest $100,000 in an Online Trading Investment Simulator.  The team also developed an investment strategy and conducted a thorough analysis of both the industries and the companies in their portfolio recommendation.  Project objectives were for students to learn teamwork, communication, risk, diversification, company analysis, industry analysis and investing.  The top 13 teams that moved onto the Finale were to analyze one stock from their portfolio as a Case Study along key points from their previous report.

Our hard work certainly paid off, because our team, Western Trade, won first place, with teams of Hawaii and India winning second and third, respectively. It was the effort that went into winning this that will be the most memorable in times to come. I remember specifically the day we had to submit our Final Investment Policy; I sacrificed missing my third period class and stayed till five in the afternoon that day finalizing and revising the 20-page bundle of paper with a couple of others from the team. To check for any last-minute fixes, we then had a phone call discussion flurrying over whether this would be the correct word choice at 10 in the evening.

The memories created during the process of the entire competition would be endless if I tried to list them all. The team met after school at Starbucks and at school, eating pizza and cracking jokes along the way while also being serious at times when we needed to. At Philadelphia, we practiced for the entire day, only going out for food, at our hotel rooms, practicing the presentation until it was close to utter perfection.

Although the preparation for the competition required most of the time spent to be used for work, at Philadelphia, we ate some of the best cheese steaks and donuts in the city. The team together raced to the top of the Rocky steps at 10 in the evening in temperatures Californians would have been terrified of.

Because it’s now all said and done and finished, I want to end this off with a simple message. Challenge yourself to your limits, because whether it may be a bad or good outcome, it’s going to be an experience you’re going to remember. Don’t limit yourself to a certain number. Remember that the failures are always going to be more in terms of quantity than the successes. 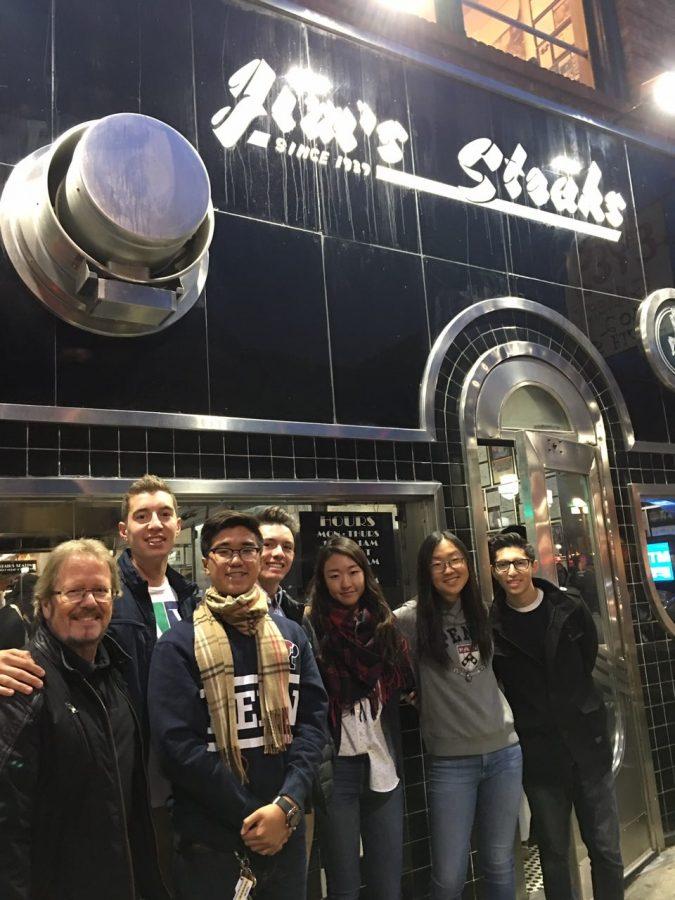 Gallery|5 Photos
The West Ranch team is celebrating their win through their dinner at a cheese steak place.