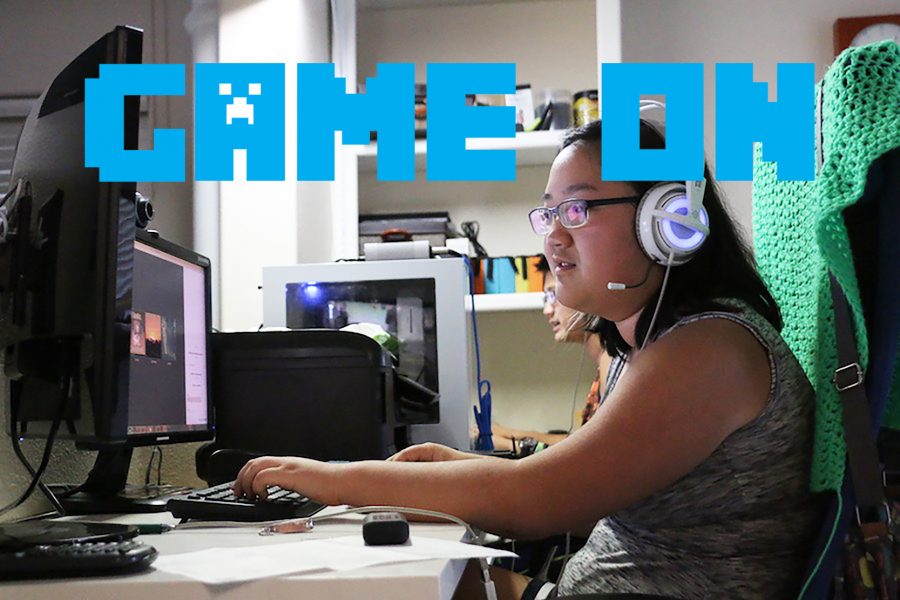 Hyunzee Lee settles down into her chair. On her desk sit two computer monitors with one showing the display of her favorite game, “League of Legends.” Soon, she clicks away on the computer, manipulating the characters on her screen like an expert puppeteer. Occasionally, she will talk into her headset in lighthearted conversation despite the fact that, at this point, her team is losing the match. 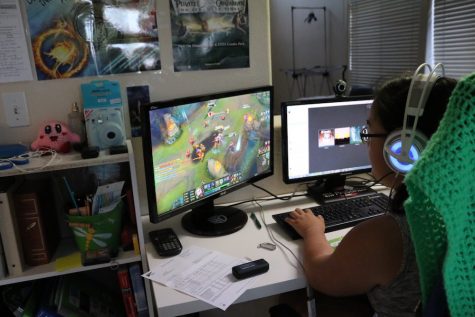 Hyunzee laughs off her mistake and then continues to click on her mouse, fully engrossed in the match. She eventually finishes the game and moves on to play another favorite of hers: “Counter-Strike Global Offensive.” This first-player video game displays Hyunzee’s gun on the screen as she weaves through a maze of run-down buildings, dodging enemy fire. Every few minutes or so, Hyunzee dies, but quickly respawns and buys a new weapon before heading out into the battle. This love and aptitude for video games began for Hyunzee at a very young age.

“My parents planned to not show me video games at all, but one day my dad brought home a Nintendo Dual Screen (DS), and my brother and I decided to play. My brother was the main owner of the DS, so I had to take away the game from him to play it,” said Hyunzee. “It was Mario Hoops Three on Three on the DS. It’s super old.”

Video gaming is still a major part of Hyunzee’s life. This is even seen in her setup, as her and her brother’s computers all sit on a long desk situated in the main dining area of the house. Hyunzee’s mom is in the adjacent kitchen, cooking dinner and chatting on the phone while Hyunzee’s dog, Miya, playfully trots around the house checking in on his owners. This arrangement lets Hyunzee be near her parents while also spending time with her online friends. On an average day, Hyunzee will come home from school and game until seven, which is usually when her parents come home.

“My mom is pretty chill about me playing video games,” said Hyunzee. “My dad, on the other hand, he doesn’t like me sitting down for long periods of time. He tells me to get off my computer a lot.”

Although even Hyunzee confesses that video gaming can be a distraction, they still provide her with a way to relieve stress and build lasting friendships. Most of the people that Hyunzee talks to are friends from school because they often play together in friendly matches. But, she is still able to meet new people in the online world, and, despite stereotypes, a large number of these gamers are female.

“There’s actually a lot of girl gamers online. You just think that there are more guys in the gaming world,” said Hyunzee. “In fact, the only reason people thought that guys were more of gamers than girls is because when Nintendo released one of their first games, they had to put it in a section for toys. They chose to put it in the male section instead of the female section. That’s why it seems like more males picked up gaming.”

The Pew Research Center also came to a similar conclusion in 2015. They conducted a study that concluded that most Americans hold the belief that gamers are predominantly male. In fact, even a majority of female gamers themselves will attest to this. But, in reality, the percentages of male and female gamers are about equal, with about 50 percent of men and 48 percent of women playing video games. Despite the fact that these numbers are essentially the same, men are twice as likely to identify themselves as gamers than women.

“I don’t care about how people look at me when I say I’m a gamer, and I’m proud of it anyway,” said Hyunzee. 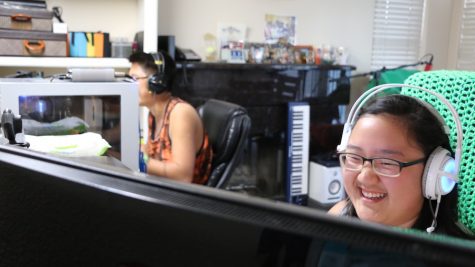 This same study also concluded that young adults make up a large percentage of those playing video games. This statistic, however, is no surprise at all. Rapid advancement in technology is making video games a defining characteristic of millennials. In fact, some colleges have even gone as far as handing out scholarships for eSports, or online video game sports.

Online sports has its roots in Korea, but its audience is rapidly spreading across the globe, with about 28 million eSports fans in North America and Europe alone. Even big-name companies are jumping on this trend with corporations like Coke, Nissan, and Red Bull becoming sponsors of eSports tournaments.

While some may be shocked to find out that online sports are actually gaining popularity, Hyunzee finds the whole movement to be exciting.

That is what video games are really all about, after all. It is a growing field that creates new and exciting opportunities for people everywhere, regardless of their academic or athletic talent. Or, for people like Hyunzee, it provides an escape from the real world into a world of endless lives and millions of new people to meet.