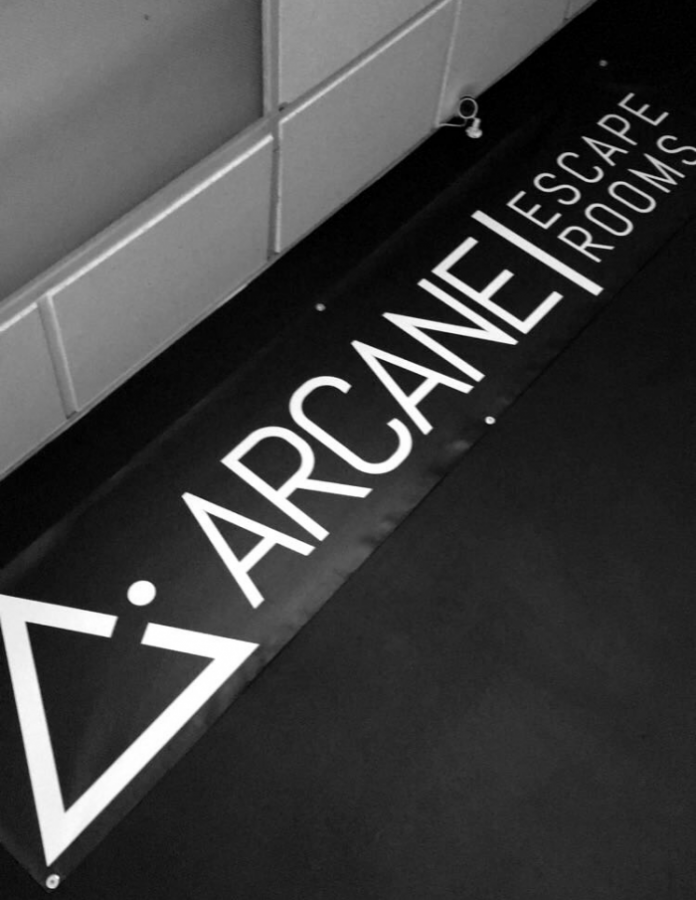 Stuck in a room. 60 minutes. Wait, make that 50. Those 10 minutes seemed to disappeared quicker than you realized. No time to think twice, if you want to make it out alive.

Both a bonding experience with friends and strangers and a nerve-racking game, escape rooms can test the limits of your knowledge. For those who have no idea what I’m referring to, escape rooms are a timed experience where you pay to be locked in a room with different puzzles and your objective is to solve them within a designated amount of time. Many aspects can be changed to make the game slightly different from other companies, but I’ve given you the basic idea.

Though about 40 percent of the people who participate in escape rooms are players 21 and over, it’s fun for absolutely all ages. Usually the rooms have separate puzzles that are scattered around the room, but are connected to solving a bigger puzzle. This means that everyone can take part in achieving the goal in their own way, while not being totally overwhelmed or ordered around by others. But keep in mind, communication is key to solving and working together to escape.

Arcane (price varies depending on size of group and date)

The most easily accessible escape room is Arcane, found right here in SCV. The room I tried out was called “The Agency” which was based around a story that sets you in a apocalyptic world where society has fallen apart, but a group called The Agency has claimed to save it. The Agency has captured you and your task is to escape or lose your life. Rooms can vary from any theme, from ones where you dress up as an astronaut trying to escape from space, to snooping in a detective’s office looking for clues before time runs out.

But a majority of them are based around a mildly scary storyline. I particularly like this company because even if you didn’t book the whole room (a total of 8 people) your game would still be private with your own group. At one point, we were forced to reach into a dark opening in the wall and grab something that we desperately needed to solve a puzzle. Of course, you tell yourself that nothing is going to harm you, but your mind definitely is thinking about the possibilities of the unknown. As we slowly put together the main puzzle to get us out of the room, time ran out. After 50 minutes of screaming at each other, the room was finally silent as the door creaked open…

Know for its attention to detail, this room is one of the most recognizable for veteran escape room goers. Not too far out in Sylmar, it is by far one of the scariest rooms I’ve been to because not only was there a live actor who was portrayed as insane, but there were other parts of the room to explore that were almost pitch black and a small flashlight was the only source of light. The whole experience really made me feel the anxious for a large part because loud noises and the live actor along with other factors made everything very frantic. However, despite this, my team and I, along with three other strangers were able to escape. As time ticked away we rushed to enter the hidden password into a computer that would give the 4-digit keycode to unlock the door. From across the room someone frantically spelled the word out, because with so much pressure, we couldn’t even remember how to spell a simple word. We put in the code and and rejoiced as we burst out the room, with 0.10 left before we were killed and consumed by the cannibalistic serial killer. It was the most nerve racking but satisfying experience I have ever had.

Altogether, the room I tried called “The Theatre” was probably my favorite one so far. If you don’t book the whole room yourself you are unfortunately combined with strangers, but in our group everyone got along very well. The props were the most intricate here with metal contraptions and intricate locks spread around the room. We definitely underestimated our time here, and at the 35 minute (out of 50 minutes) mark we discovered a second mini room we had to solve before finally escaping. Even though we didn’t make it out, the whole experience was filled with unexpected surprises, like the lights shutting off and a “ghost” speaking when we completed the first room and fun puzzles where you had to solve clues through mixing and matching large wooden boxes. This is definitely worth trying out, but it was quite an interesting experience finding the building as it was in a slightly sketchy part of LA.

If you’re looking for something new to do in Santa Clarita, or just want a bit of excitement, escape rooms will be sure to keep you thrilled.