Don’t take his talent for Grant-ed 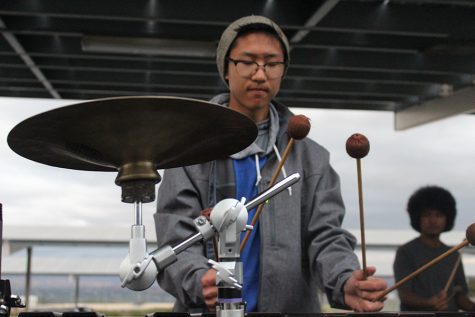 Mallet in each hand, he raises his arms. The focus in his eyes intensifies. As he strikes the wooden bars facing upward at him, he radiates with an enthusiasm that further compliments the golden stripes of his navy blue uniform.

Senior Grant Yamamoto has been part of West Ranch marching band since his freshman year. His passion in music exists beyond his school years, taking him way back to a time when he was just a naive five-year-old gaping at his older sister play the piano. Like his sister, Yamamoto soon became a pianist. However, it wasn’t until much later on he would realize there was more to the musical world.

“I went to the third grade and I couldn’t produce a sound in any instrument,” said Yamamoto. “So, I decided to try percussion and joined Advanced Band in fourth grade.”

Though an embarrassing self-revelation at the time, Yamamoto looks back on this episode as his fateful push into percussion. Since then, he has learned to play every percussion instrument as well as every kind of drum. In the end, Yamamoto chose the marimba, a percussion instrument consisting of a set of wooden bars struck with mallets to produce musical tones, to accompany his high school career. 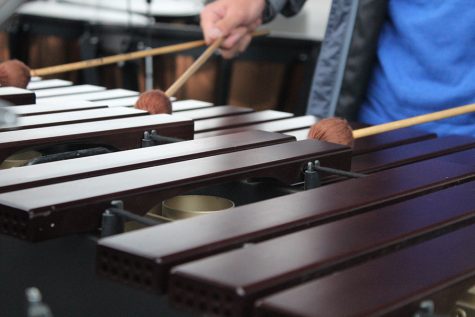 “Not all of percussion is just drums. I love hearing melodies and notes go along with the music. I’ve always been the one to play the bells or the keyboards in other bands, so I wanted to move toward the pit [where the Marimba is].”

More importantly, marching band has impacted Yamamoto beyond the pit– it’s given him a second family.

“I’ve been in teams who have trouble succeeding and the people are only in the program to improve themselves,” said Yamamoto. “But percussion is different because you don’t only go to the practices for yourself. You go to the practices because you want to and you really like it. You want to fight and get better for your teammates, for your family.”

You go to the practices because you want to and you really like it. You want to fight and get better for your teammates, for your family.”

Yamamoto looks forward to expanding this special second family of his even after he graduates from high school. He hopes to join the Drum Corps International (DCI) and Winter Guard International (WGI), both professional band groups. Until then, he will continue to make the fondest memories with the musical family he cherishes.

“I love having everyone next to me and seeing everyone committed and driven to do their best. Being with so many people from different grades, backgrounds, and races… marching band really makes you get to know them. You get to know people that you otherwise wouldn’t ever get to know without percussion. And as time goes by, we work together and get stronger. The family vibe is what makes us so good.” 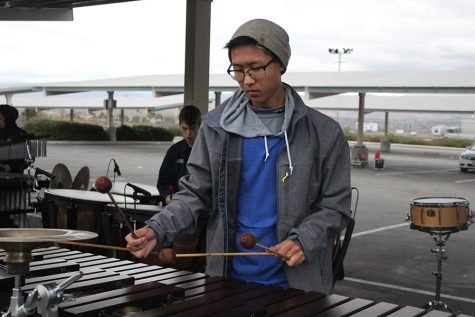