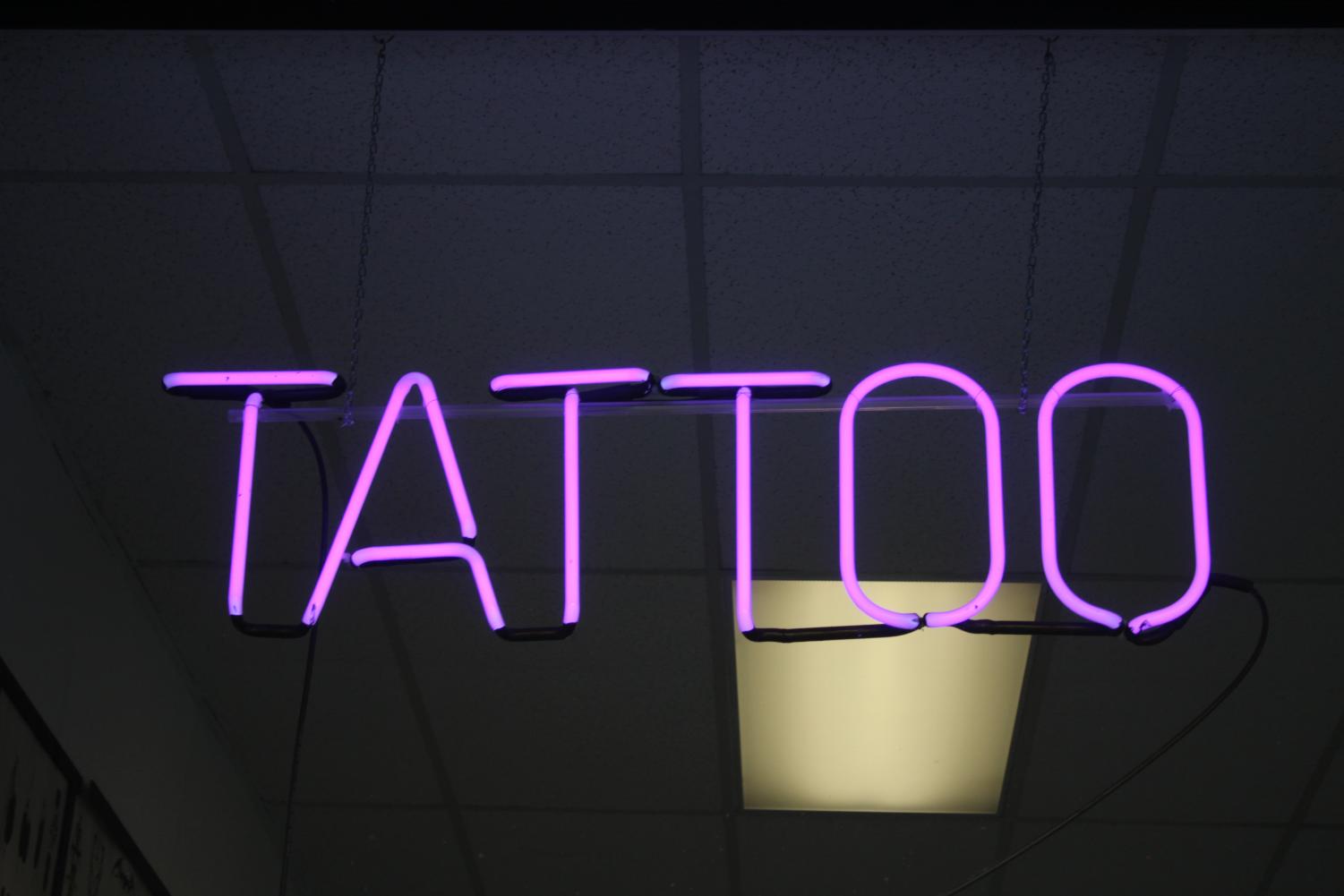 The monotone drill of a tattoo gun immediately greets me as I walk into Santa Clarita Tattoo. Looking around, a plethora of different designs cover the walls; there is, of course, the classical American, Polynesian and Japanese tattoo styles to choose from, but there are also dozens of unique, genreless motifs waiting for a taker. The shop is inconspicuous — having lived in Santa Clarita for years, I only just noticed it a few weeks ago driving down Railroad Avenue — but that doesn’t mean other people my age have not noticed it. In the center of the parlor’s waiting room is a sign reading: “Sorry kids. You must be 18 years old to get tattooed.”

“[Minors come in] all the time. All the time,” said tattoo artist Julian Chavez. “They even come in with their parents, thinking they can, but you’re not allowed to tattoo people underage, not even with parental consent. Different states have different laws, but in California, you have to be 18 no matter what. It’s considered mutilation of a minor. It would be a misdemeanor if parents agreed to it.”

Chavez has been tattooing for 15 years, and he has witnessed the change in tattoo culture first-hand. Today, tattoos are more popular than ever before, and they overwhelmingly belong to young people. In fact, millenials make up the highest percentage of people with tattoos according to the Pew Research Center, and it is likely that Generation Z will get inked in higher numbers.

“Even in the last 10 years, even five years, it’s changed,” said Chavez. “When I first started, the TV shows were starting to get really popular at that time, but it was still really frowned upon. But, I notice a lot of professional people come in to get tattoos now. They either cover it up anyways, or they don’t mind. It’s definitely changed, especially with social media. It’s gotten really popular.”

Decades prior, when our parents were growing up, there was a prevalent association between tattoos and drugs, alcohol and violence. That reputation has not been completely erased, but tattoos have gone from a mark of rebellion to mainstream all within the last decade. What once was a taboo topic in society has become a booming business with the help of entertainment channels and social media. When shows about tattoos like “Miami Ink” and its spinoffs hit the airwaves in the early 2000s, the conversation started to open up. With the help of tattooed musicians, actors, athletes and celebrities, tattoos have marked themselves as a prevalent part of modern pop culture.

Social media has also contributed to the fervor by expanding the source of tattoo ideas. Instead of waltzing into a parlor in hopes of finding a desirable tattoo, people can scroll through hashtags and Pinterest boards with millions of tattoos. The use of social media networks to share designs is one of the big reasons tech-savvy millennials are getting tattooed more than other generations. It also has led to the creation of a whole new type of tattoo artist. Celebrity tattoo artists often curate impeccable social media accounts and go on tours across the country. Their clients include big name celebrities flaunting their work, and in turn their designs become popular among those celebrities’ fans.

The trend is reaching West Ranch as well. Walking around campus, it is easy to point out a few staff members and students with tattoos. Although not completely ubiquitous, it’s not a stretch to say that in a decade or two, tattoos may become a more common sight amongst the student body. With less social stigma surrounding tattoos, many students’ parents are even supportive of their children getting one.

“I’ve been wanting to get one for like a year,” said junior Justin Carver, “but it’s illegal in California so [my mom and I] went to Vegas.” Unlike California, Nevada, like many other states, allows minors to get tattooed with parental consent. “It’s two hummingbirds and they represent me and my mom, because it’s her favorite bird and my favorite color is red.”

Senior Chase Neelley has a similar story. When he was 17, his dad took him to get his first tattoo. “Both my parents have tattoos,” said Neelley. “I explained to them what I wanted to get, and they were cool with it. They didn’t have a problem with it.”

Regardless of changing views, a stigma still exists, and it is usually the exception, not the rule, that parents are so supportive of their children getting tattoos. Still, teenagers have found ways of getting tattoos without their parents’ consent.

At 17, senior Lauren Bensmiller got her tattoo — the Hindu “Om” symbol — on a summer volunteering trip in Bali, Indonesia. Her parents don’t yet know, but she says “that they would laugh eventually. I don’t think they would get mad at me at all.”

Sometimes students even go as far as breaking the law.

“Not knowingly. A guy came in with his older brother’s ID and he looked just like him,” explained Chavez. “I tattooed him when he was 15. When his parents found out, they knew what he had done and they made him come in to apologize. But yeah, you do get people that come in with really bad California IDs or their siblings’ IDs.”

Perhaps though, the most interesting trend to come out of this teenage rebellion is the stick and poke. Stick and pokes tattoos are simply made by dipping a sharp point into some ink and then poking it repeatedly into the skin. Originally used to create tribal markings, prisoners have used the method for decades where supplies are limited. Today, stick and pokes are popular among alternative groups and teenagers who don’t have the money nor legal ability to go to a proper tattoo parlor. The designs are typically crude and fade sooner than conventional tattoos, but among many circles, the DIY technique is viewed with more respect.

“I thought it would be a fun thing to do as a teenager,” said senior Hannah Landon who has a stick and poke tattoo of an arrow. “My friend did it on me, and I was really scared. It really didn’t hurt, but I think anticipating each time [made it bad]. The needle would individually poke a different point on my skin, and I would tense up.”

“My mom wanted me to get it above my shirt just because of job interviews,” said Carver.

Furthermore, the Pew Research Center found that 72 percent of adults with tattoos have tattoos that are not usually visible. Perhaps in a few years, the stigma surrounding tattoos will be even less severe than it is now, and people will no longer have to hide their body art. But in the meantime, it is likely that tattoos will for the most part remain hidden.

For those who have visible tattoos, though, they are constantly subject to criticism from the world. Neelley said, “A lot of people do think they’re cool but I definitely do get looks like ‘you look 10 years old and you have tattoos.’”

Yet this criticism doesn’t seem to be stopping teenagers from getting tattoos. Even if students wait, it is likely the moment they turn eighteen they are already in the tattoo parlor chair. Like any forbidden thing, the ban only increases the allure, and it may be wiser for parent to talk to their kids about getting tattoos before they lose all their authority.