The Essentiality of Sleep 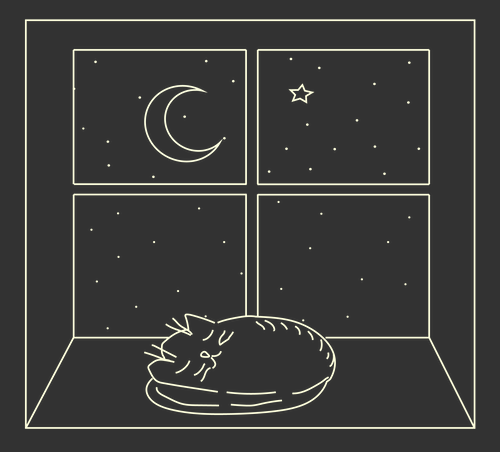 Sleeping is arguably the most important thing that a person, especially a growing teenager, can do for themselves. But many students find themselves lacking in this department, getting significantly less sleep than the recommended 8-10 hours. Distance learning has impacted almost every aspect of our daily lives, and sleep is yet another example of this uprooting.

Many students have drastically changed their sleep schedules. Raushni Chowdhury, a West Ranch junior, reports that she has been “sleeping a little bit later than usual, at around one-ish,” and waking up just a few minutes before school.

“I feel like pre-coronavirus, there was always a set schedule for everything,” Chowdhury says. “I was like I have school from this time, and then I have extracurriculars, and then I go to sleep. But now it’s like everything is kind of mashed together, so I don’t really have a set schedule.”

Another West Ranch student, sophomore Caden Lee, goes to bed at around midnight, waking at eight in the morning on weekdays and noon on weekends. She reports having some trouble sleeping lately, finding that “there are so many distractions, it’s hard to feel tired enough to close your eyes.”

Staring at computer screens all day has worsened this issue. Many studies on the effects of blue light on sleep show that the specific wavelength interferes with melatonin production, according to Harvard Health. Though helpful during the day, boosting awareness and attention, the light disrupts the natural patterns of sleep. The increased exposure to computers and phones that emit blue light, especially later in the day, causes alertness at night.

LED lights are more energy-efficient than fluorescent lighting, but they also “also produce a fair amount of light in the blue spectrum.” Harvard Health recommends using dim red lights at night, as the wavelength is “less likely to shift circadian rhythm and suppress melatonin.”

Coffee is certainly not a new discovery to West Ranch students, but this “addiction” seems to have been amplified while at home. Lee admits that she drinks coffee “more than five times a week,” and feels almost reliant on it.

“I have been trying to wean off of it,” she adds. “I don’t want to be dependent on caffeine for the rest of my life.”

Though drinking coffee isn’t inherently bad, it is important to remember that it can very easily disrupt sleeping patterns. Caffeine has an average half life of about five hours, but can take eight to ten hours to completely leave your system, according to Healthline. A cup of coffee, if drunk at five in the evening, may not completely leave your system until one in the morning.

The long-term effects of sleep deprivation are not a pleasant thought. Fragmented sleep has been correlated with the development of dementia, particularly Alzheimer’s. Deep sleep, the sleep stage that comes after REM, is necessary to clear out toxins that are secreted by brain cells during the day. Without proper sleep, these toxins can build up in your brain and cause complications later in life. While one night of bad sleep will not affect you severely in the long-term, repeatedly neglecting your sleep can have repercussions.

Though it may be hard to close your eyes and drift off into dreamland, certain things can make falling asleep easier. Exposing yourself to sunlight in the morning can wake you up, but artificial light has the same effect. So as the sun sets, try to use less artificial light, as it can disrupt your sleep. Spending some time outside, even for just 20 minutes, can also help reset your circadian rhythm.

The pandemic and distance learning have undoubtedly had many negative effects on students’ sleep, but there have also been some benefits to staying at home. Students have found it easier to simply curl up and take a nap once school is over for the day. “I nap pretty much anytime I feel tired,” Lee says. “Whether that’s at two in the afternoon or six in the evening, I kind of just conk out.”

Ultimately, sleep is vital for your health and wellbeing. Distance learning may make it considerably harder, but maintaining good sleeping habits may help make the best of the situation.