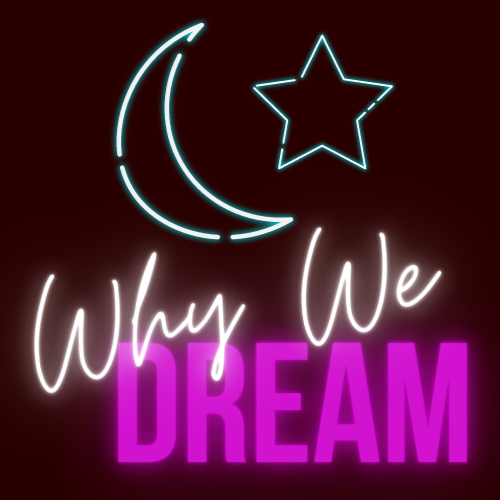 “The strangest dream I had took place in Universal Studios,” West Ranch sophomore Saanvi Swain says. “There were two giant cupcake monsters and we had to run away from them or else we’d become a cupcake zombie. We had to stop the cupcakes from fighting each other to stop the apocalypse. I ended up dying.”

Mrs. Povletich, West Ranch’s AP Psychology teacher, describes a strange dream as well: “Recently I had one that I was having dinner at the White House with some random people from my life. So like friends from high school, people I know today, and my kids and my husband. And then President Biden and President Obama were there, but then also some of our past historical presidents were there. So it was really just this random conglomeration of people. I don’t know why it was happening or what was going on or if it was just political drama.”

Dreams are nothing out of the ordinary for humans (and animals). Though their contents may impress us with their bizzarity, we find nothing strange about appearing in another place when we close our eyes. But why do we dream? Why have we continued to dream as a species? There must be some evolutionary benefit, right?

“There’s a lot of different theories on why we dream,” says Mrs. Povletich. “The most historical, but not really supported with evidence, is Freud’s theory. His theory is that we dream to repress things that our conscious mind can’t handle. He used dreams to get into peoples’ unconscious minds, and try to understand peoples’ unconscious thoughts and desires. Dreaming was part of that psychoanalysis.”

Povletich went on to describe another theory. “The more common theory is that we need dreams to help process what happens throughout our day. It’s called the Information Processing theory. It just says that our brains take in so much sensation coming into us throughout the day and when we sleep is when we process all that information. So when we are dreaming, it’s part of that processing of our memories and events from the day.”

Another theory has recently arisen, backed by new evidence and research, called the Defensive Activation theory. Developed by Neuroscientists David Eaglemam and Don Vaugn, the theory was published in July of 2020.

The Defensive Activation theory’s foundations are based upon stimulation of the visual cortex, the region in the back of the brain that regulates sight, and describes dreams as “the strange lovechild of brain plasticity and the rotation of the planet.” Almost a third of our lives are spent sleeping, without sight, which would be a significant length of time void of visual cortex input. The more time that passes without any input from the eyes, the more the visual cortex rewires itself to modulate other senses–a product of the plasticity of the human brain. Then, when sight once again stimulates the area, it is once again rewired.

This neural plasticity is the reason why we can learn and memorize things, and the rewiring of the brain would be beneficial if the loss of the sense was long-lasting. However, our loss of sight is only temporary when sleeping, and in such a case, the plasticity isn’t quite as helpful.

Sight is the only sense impaired by darkness; all others remain intact. Our ancestors were plunged into blackness, their sight stripped away, every 12 hours. The Defensive Activation theory proposes that dreams have the primary purpose of preserving the visual cortex through stimulating sight. They were an evolutionary response to a lack of light, engaging neurons to keep the visual cortex active.

“And that makes sense, given the fact that dreaming happens during REM sleep, and that’s Rapid Eye Movement, so that’s connected to our occipital lobe and our visual cortex,” Mrs. Povletich explained.

The theory also provides an explanation of phenomenons such as visual hallucinations during periods of sleep deprivation. Factoring in the Defensive Activation theory, the hallucinations may occur as a sort of substitute to dreams, as another way of protecting the brain.

Other evidence also supports this theory, such as Eagleman and Vaugn’s blindfold experiments, which consisted of a five-day study of participants learning how to read Braille. Half were blindfolded and half were not; the end result was that the blindfolded participants were better able to discern differences in Braille characters. A look at the brains of the blindfolded showed the visual cortex reacting to tactile and auditory stimulation, having been enlisted to help the task.

Correlations between brain plasticity and the amount of REM sleep also contribute to the Defensive Activation theory. Following the theory’s logic, the more flexible a brain is, the easier the visual cortex can be rewired, and the more stimulation it will need. This would manifest itself in terms of longer or more frequent dreams. Therefore, there should be a connection between the plasticity of a brain and the amount of REM sleep it needs.

Eagleman and Vaugn determined the plasticity of primates’ brains by analyzing the rapidity of development, their reasoning being that the less time an animal takes to develop, the less flexible their brain will be. Their findings? Organisms with more brain plasticity spent more time in the REM stage of sleep. While this is a correlation, not causation, the theory can make quite a compelling case combined with the other evidence.

However, no matter how concrete the evidence may seem, this scientific theory is just that: a theory. There are always anomalies and other factors. The existence of multiple scientific theories on dreaming simply proves that the subject is complicated, and as such, may even have multiple causes. We can only hope to learn as much as possible and remember that the world isn’t a closed system of knowledge; rather, it’s infinite.