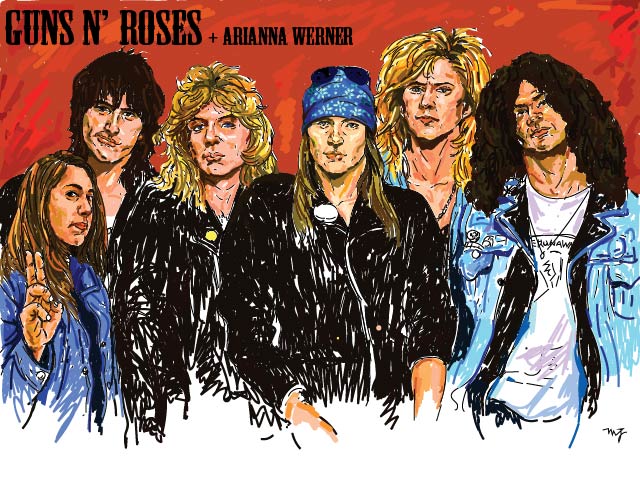 During lunch, one girl wears a BTS shirt proudly while humming the melody to EXO’s song, “Monster.” In the parking lot, a classmate waits for his ride as he bobs his head to Chuck Berry’s guitar playing in “Nadine.” After school, two close friends walk down to Starbucks and share a pair of earbuds, wanting to listen to Bruno Mars’s new song, “24K Magic.” And at night, a student falls asleep to Alex Turner’s soft voice played in the soundtrack of the 2010 film, “Submarine.”

Every person has their own musical taste. Whether it be Harrison or Halsey, the music students listen to is the music they stand by. I had the chance to interview a variety of West Ranch students on the tunes they listen to. From varsity tennis players who know all the lyrics to “Bohemian Rhapsody” to percussionists who just want to feel electric, I was jotting down unknown musicians and song recommendations given and gushed about by my fellow interviewees. Here are your  Wildcats’ responses on the music they’re proud of.

Werner: “Well my favorite artists are Guns n’ Roses and Led Zeppelin. I kind of like vintage stuff, and Led Zeppelin is ‘70s and Guns n’ Roses is like ‘80s, ‘90s. I guess I really like rock and really good guitar music; I like guitar. I like Led Zeppelin because they’re write their own songs, and some of their songs are deep like ‘Stairway to Heaven.’”

“And I just really like Guns n’ Roses because it’s heavy rock, and I like that, but they’re also diverse with some of their songs like ‘November Rain’ or ‘Don’t Cry,’ but they also go into other stuff like ‘Rocket Queen’ and ‘Welcome to the Jungle,’ which is really hard, and I just like that.”

Jang: “How did you find out about Guns n’ Roses?”

Werner: “I found out about Guns n’ Roses because it’s always kind of been a part of my life, I guess, because my dad always listened to that kind of music. So, like when I was little, I was listening to ‘Paradise City’ and ‘Welcome to the Jungle,’ and then eventually he stopped listening to it much and got into other music. But then recently I rediscovered it through Twitter through this one account that posted a video of ‘Sweet Child O’ Mine’ online, and I was like, ‘Hey these guys are pretty good actually, and I really like this,’ so I started searching them up and listen to them all over again and got addicted.” 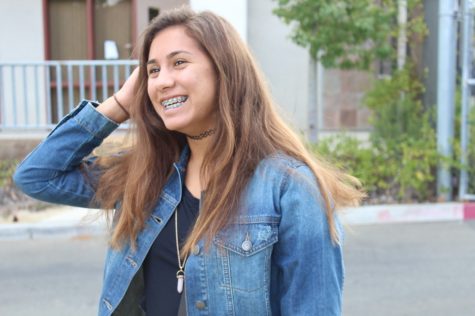 Jang: “What do you like about Led Zeppelin as people and for music?”

Werner: “What I like about Robert Plant, Jimmy Page is how they write their own music, and I like how their music is so different not like alternative different but different like some of their songs even make references to ‘Lord of the Rings,’ which I think is really cool. I like how Robert Plant and Jimmy Page and John Paul Jones and John Bonham are all super close. When you watch videos of their old concerts, they’re just having a good time; I guess that’s what I like about them as people.”

Werner: “It’s changed a lot in my opinion. It’s not necessarily dead, but it’s way different. I feel that a lot of people don’t write for the way like Guns n’ Roses and Led Zeppelin wrote just because they loved the music, and they didn’t write for the money or anything. I feel lot of people, not even rock and roll artists today, but a lot of artists in general just write because they want to become famous, and they want money. It’s just not as intense or as original as it used to be; there’s no really great guitarists. Like no one compares to Jimi Hendrix or Jimmy Page or even Slash or even Eddie Van Halen for that matter and Eric Clapton and Brian May and Randy Rhoads, and I could go on forever, but you know no one really compares to the great guitarists they had in the ‘70s and the ‘80s cause’ I feel that no one has the passion. It’s hard to explain.”