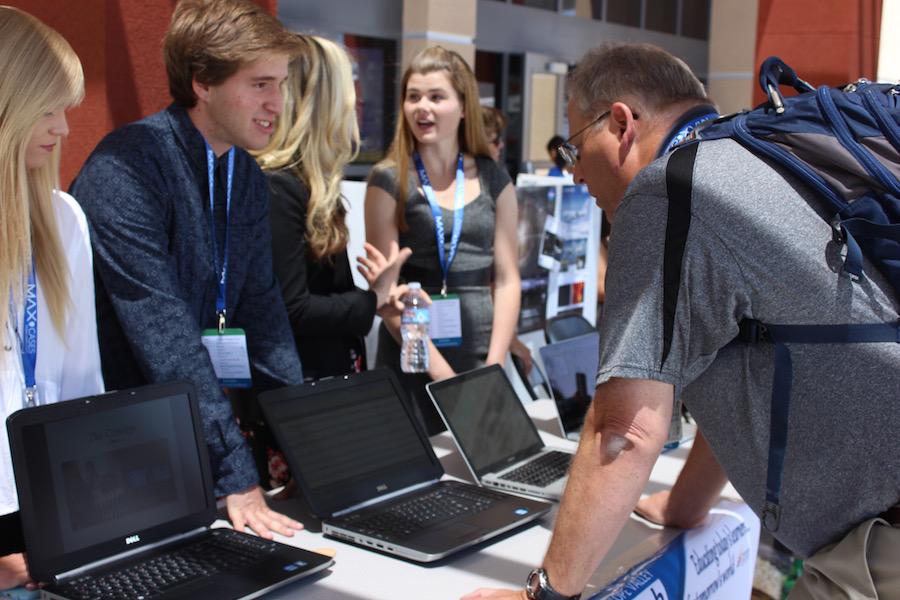 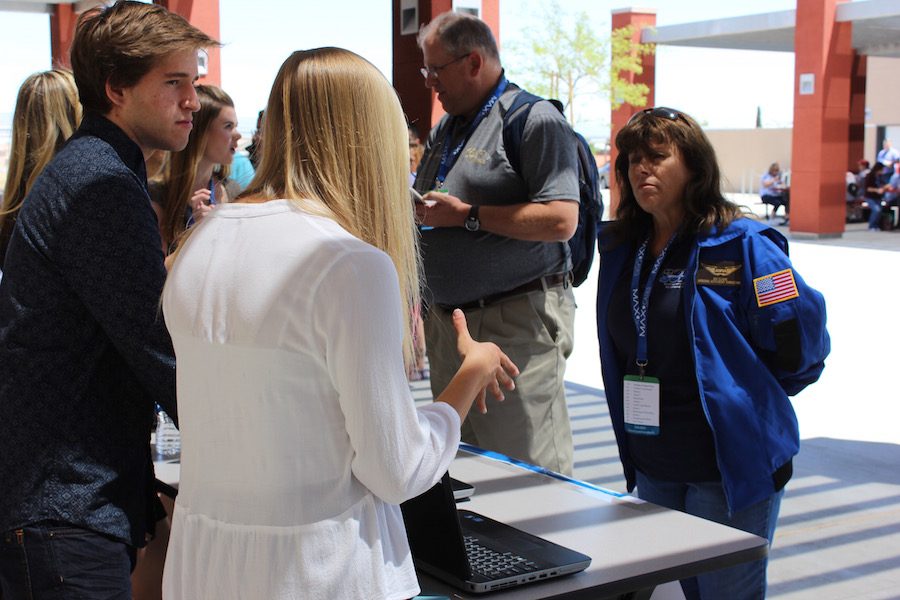 On Saturday, May 14, West Ranch anatomy teacher Ron Manalastas, along with four West Ranch students, attended the 2016 Antelope Valley EDtech Summit. It was a day of interactive presentations and speakers focused on the implementation of different forms of technology in the classroom, hosted by the Palmdale School District. The event was a chance for schools across Southern California to showcase the ways they are utilizing technology in the classroom. Students from elementary school to high school presented their work which ranged from creating robots to creating music.

The students that accompanied Mr. Manalastas included Seniors Sarah Weber, and Avery Schroeder, and Junior Evelio Gonzalez. Each student’s project, while different, had one commonality — it required the use of technology. From creating music to creating documentaries, technology played a huge roll in the success of these 20 Percent Time projects. The event was not only an opportunity to show off some of the work students were doing, but it was also a chance for teachers to learn from each other and learn from students of all ages.

“The event helped me see that I am on the right path in terms of implementing the right kinds of technology in my class,” said Manalastas.

While the students of the event focused on sharing their projects, the teachers and administration focused on listening and hopefully learning.

After sitting in on many sessions, Manalastas “definitely left the sessions with new ideas, which (he) hopes to try next year.”

Senior Avery Schroeder said the summit was “a great way for schools across California to come together and learn from each other.”

To try and understand the influence of gender as portrayed through the media, Schroeder created two short films, which were exactly the same, but in one the boy cheats on the girl, and in the other, the girls cheats on the boy. By surveying a group of individuals ranging from ages 10-60, she found that people were more inclined to forgive the girl for cheating rather than the boy. She could not have reached these conclusions without the help of current technology like cameras and editing software. Fellow West Ranch student Evelio Gonzalez also utilized the technology available to create his own original, computer generated jazz piece.

Mr. Manalastas hasn’t only brought students closer to technology through the 20 Percent Time projects, but also in his classroom. He has been committed to going paperless, utilizing in particular Google Classroom to not only submit assignments but take quizzes. A large part of Mr. Man’s teaching is done through videos he films and edits, videos that range from the explanation of the digestive system to step by step instructions on how to dissect the muscles of a cat. And the work does not end there, as Mr. Man attends events like the EDtech summit, to continue to find new ways to keep his students interacting with all forms of technology.