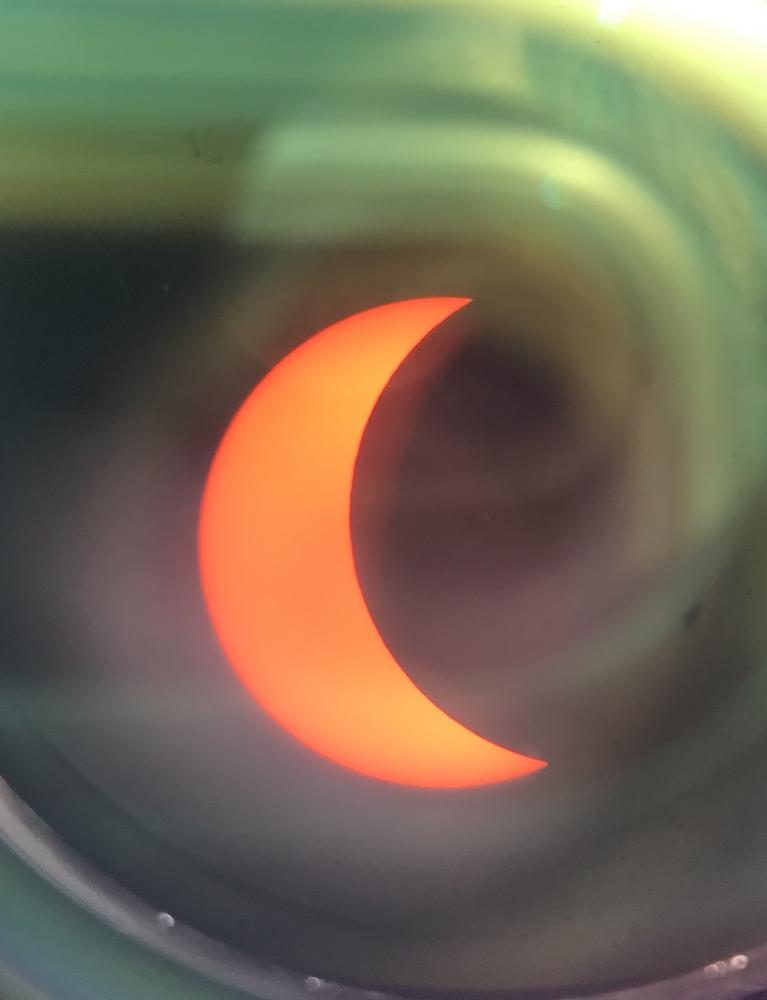 An uncharacteristic chill hung in the usually warm southern Californian air. People waltzed around wielding and wearing glasses resembling old 3D shades found in movie theaters. Dozens of faces were turned up towards the sky. On any ordinary day, one might consider these occurrences odd, but on Aug. 21, the moon made its way across the sun, causing a solar eclipse.

Dubbed “The Great American Eclipse,” the phenomenon was visible throughout the entire North American continent, and residents living within the path from Oregon to South Carolina experienced totality, when the moon completely covers the sun, resulting in a gradual increase in darkness, similar to a sunset.

During the days prior to the eclipse, Hart District teachers prepared students by making announcements on WRTV as well as phone calls and emails to parents, ensuring that they would know the importance of wearing the solar goggles provided.

Finally, the big day arrived. Crowds of eager Wildcats emerged from their classes, scurrying to get a good spot to view the eclipse. Across campus, students donned their vividly colored goggles and turned their eyes up toward the sky. As the eclipse gradually reached its peak of 60 percent covered by the moon, the sky dimmed down while the sun shrank to a crescent. The shadow of the eclipse gave off a reflection of the trees on campus, and temperature noticeably dropped a few degrees.

Anyone scrolling through social media that day was showered with pictures and videos of either the eclipse or friends sporting the glasses, exhibiting student’s excitement about this rare event.

The last time a solar eclipse occurred in 2009, West Ranch students were still wheeling around backpacks and playing handball in elementary school, and they probably didn’t even notice how rare the eclipse was.

“I don’t really remember it at all,” said senior, Shreyas Hariharan. “It wasn’t really a big deal because I didn’t understand it.”

Eight years later, and their second time around, students had different thoughts.

“It’s a very cool experience and it’s exciting that I got the opportunity to see it in real life,” said sophomore, Ninna Tamisen.

Luckily for anyone who missed this event, they will have another opportunity to experience a solar eclipse in 7 years in 2024. And maybe then, some of West Ranch’s students will be the ones analyzing eclipse data, taking pictures of totality, or changing the world in a new light with new ideas.