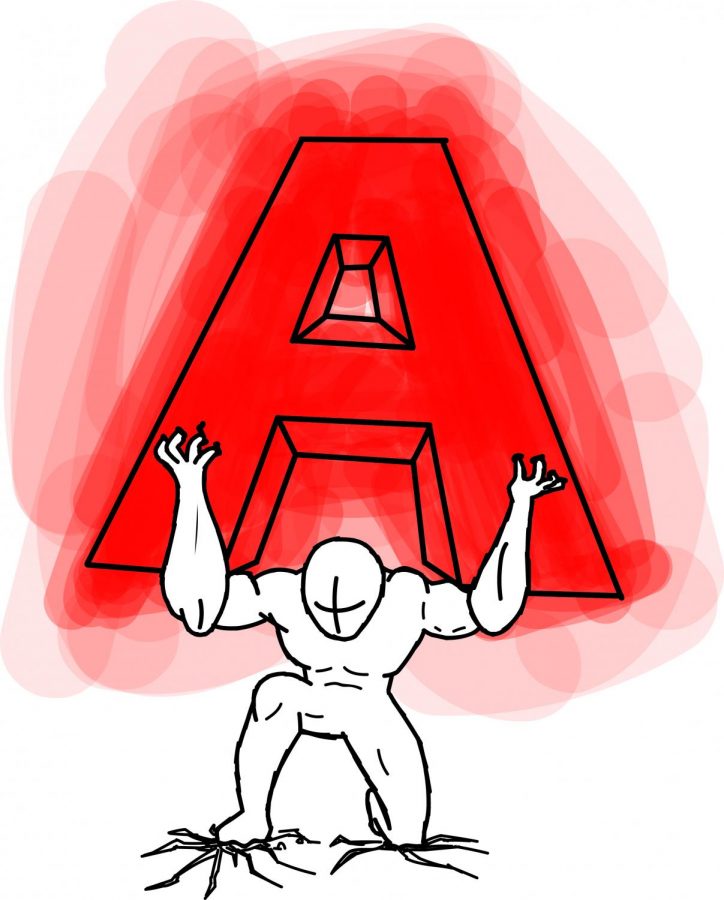 Grades: The Root of Students’ Stress

We all have had those moments of sudden panic when you remember an assignment the night before it’s due. Or the extreme anxiety you feel when the teacher starts passing back your test that you forgot to study for. The life of a teenager is not always easy, especially with our generation being so pressured to do well in school.

Being a teenager can be hard, from studying for tests to maintaining a social life. Preserving a steady balance between two completely different things can be a very difficult task. Keeping the expected grade of your parents can also be burdensome duty; I would know. And yet they do it out of love for you. We hide so many of our struggles from everyone else that there isn’t anyone to tell us that it’s getting so bad it’s unhealthy. Now don’t get me wrong, everyone knows that these are the awkward teenage years where stress is high and common sense is low, but have you really stopped to think that you’re not alone? According to the “Stress in America” survey, 83% of teens said that school was a “somewhat or significant source of stress.” Too many students are too stressed — much more than we should be.

At home, parents probably expect high grades from their student. Without these grades, they presumably won’t be able to get into a good college, and without a good college on their resume, they won’t be able to get a good job or future. Grades are not going to be the doom of anyone’s entire future. With parents teaching their kids to get good grades constantly, they learn from a young age to treat their grades like it’s their life. This generation is so stressed about schoolwork that it creates the environment for others to also think the same way about grades.

With teenage stress becoming an increasingly bigger problem, teenagers have been resorting to alcoholic substances or even drugs. Study drugs like adderall, or “addy,” a common study-enhancing drug, are found around school campuses nationwide. These wide varieties of drugs come with different names and different promises, but most follow the general effect of improved focus. The rise of study-enhancing drugs has led to more students to believe that they can get this grade if they take this drug. While it may be helpful at the time, these drugs have been proven to have extremely harmful effects in the long run. Symptoms include: fainting, loss of appetite, nausea, seizures; the list continues. Aside from instant death, the biggest side effect of this drug is depression and suicidal thoughts. It is surprising how well people can make the drug seem pleasing and harmless. Students will try the drug, and at first, see that it does nothing but help. But being a drug means that it is addictive, and before they realize it they’re hooked. As if the emotional struggle of being a teenager wasn’t enough, the added effects of study drugs like Adderall can destroy the last bit of sanity left in anyone. Students won’t even realize that the very counteraction that they’ve taken to reduce stress has actually done the opposite.

Whether it may be pressure upon oneself or pressure from others, a student’s stress is an inevitable side-effect that comes with being a teenager. Stress can be healthy to a certain degree, but understanding and recognizing when it becomes a problem is very important.

Grades are not the verdict of your future. School was created to learn, not to stress, even if that’s hard to believe when you’ve got three tests and a project the next day. Take a deep breath. Now is the prime of your life – enjoy it.