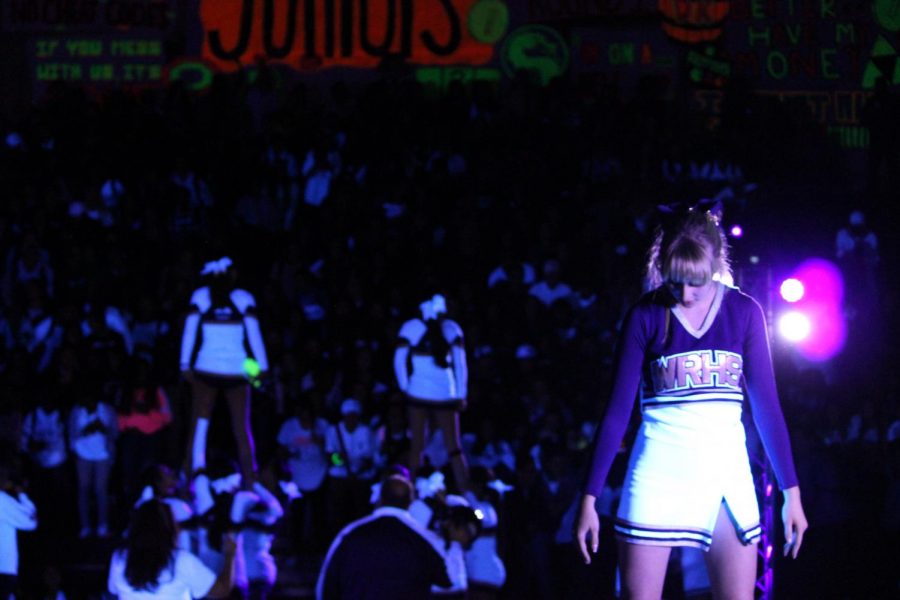 Wildcats kicked off the second semester at the Game On Rally on Jan.19. Senior Raylene Factora opened the rally by singing the national anthem. As per tradition, Cheer delivered another amazing performance. This was followed by the dance team, who showed off some more of their amazing choreography. Afterwards, each of the four classes competed against each other in an intense game of Hungry Hungry Hippos. The West Ranch Hip-hop team performed next, with a routine that fired up the audience. Then, the winter sports teams triumphantly strode into the gym, welcomed by the cheer team. But the moment that many people were waiting for was drumline, who dazzled the audience with a stunning glow-in-the-dark paint routine. To conclude the rally, the captains of the boys and girls basketball teams cracked open a pinata to bring luck for the coming season.