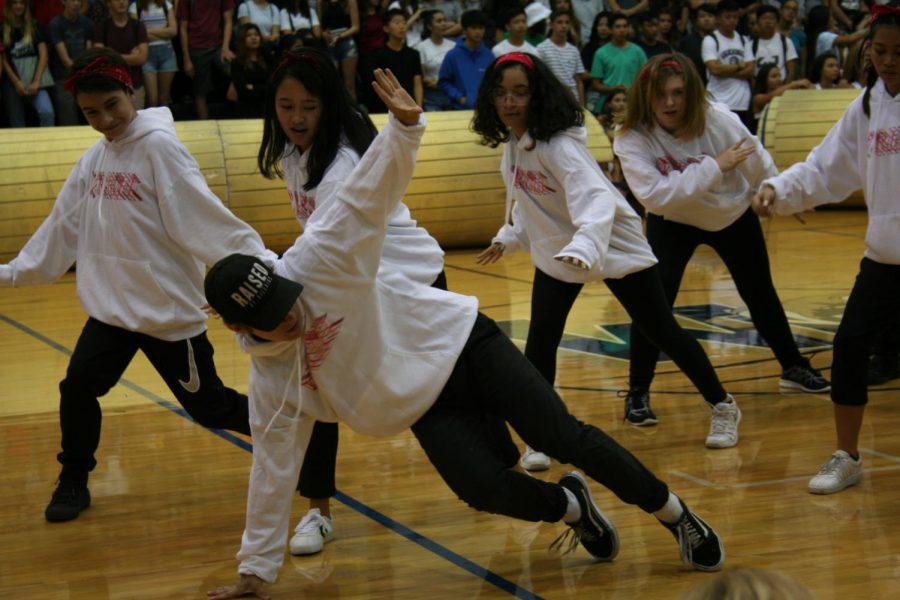 On Aug. 23, new and returning West Ranch students flooded into the gym in anticipation of the first rally of the year.

Senior Savannah Burrows kicked off the rally with a stunning rendition of the national anthem before pack leaders Mya Davis, Lucas Elzer, Joey Goldfisher and Darryl Evans kicked off the rally. As per usual, Mr. Crawford led the school in the traditional spirit helmet competition. Each class erupted in cheers as he thrusted the helmet towards the bleachers.

But the excitement didn’t stop there as the fall sports teams rushed through lanes of cheerleaders amid a thundering roar of applause. Cheer, dance, and hip-hop wowed the crowd with brand new routines before the moment that everyone had been waiting for. Throughout the week, ASB had been tallying up spirit points — the winning class would win an ice cream party. Because the juniors and seniors were neck and neck, ASB decided to break the “tie” with a tug-of-war contest. Four representatives from each class showed off their strength, but ultimately, the seniors came out on top.

To conclude the rally, and after a suspenseful drum roll, the pack leaders announced that the homecoming theme would be “Wizard of Oz.”