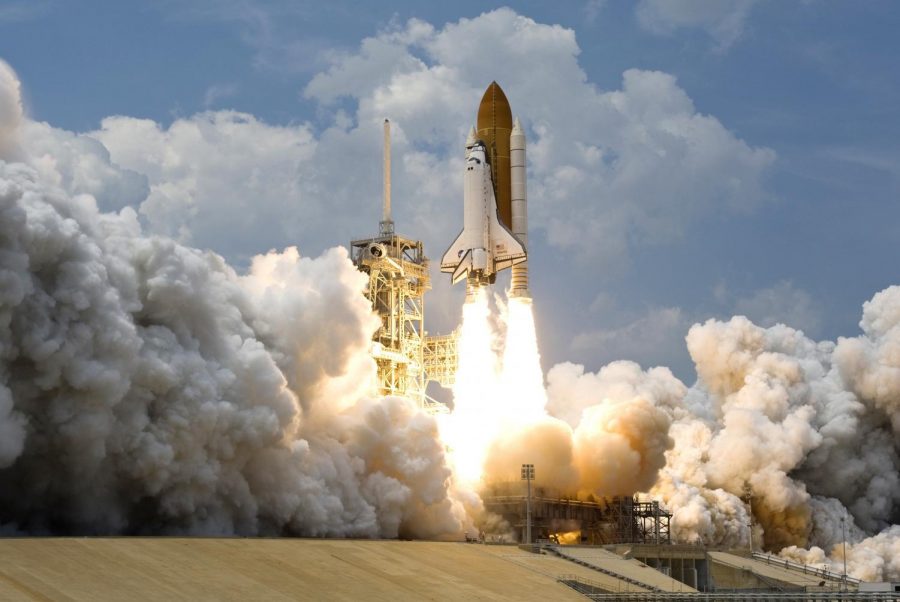 On Saturday, May 30, astronauts were sent to space from US soil for the first time in nine years. This was a historic moment, as it also marked the first time that a private company launched a manned spacecraft.

After NASA ended their space shuttle program in 2011, the age of privatized space exploration began. Elon Musk founded SpaceX with the goal of eventually colonizing Mars. Since then, the Falcon 9 rockets have flown 85 successful missions with only one failure.

At 3:22 PM EST, the same Florida launchpad that had been used in previous NASA missions launched Robert Behnken and Douglas Hurley into space. They were aboard Crew Dragon, an upgraded version of SpaceX’s Dragon Capsule designed to carry astronauts.

Crowds gathered to see the historic launch, although they were significantly smaller due to NASA’s warnings to stay home and prevent the spread of coronavirus. President Donald Trump and Vice President Mike Pence watched the takeoff from a balcony.

The launch was successful, and the astronauts spent their 19-hour flight sleeping and preparing to dock on the International Space Station. They arrived Sunday afternoon, where three astronauts, one American and two Russians, already awaited their arrival.

According to NASA, the mission could last one to four months. Originally, the flight was only supposed to last a few weeks, but this period was extended due to complications at the space station. As there are only three astronauts aboard, Behnken and Hurley will be staying up to four months to assist the short-staffed station.

While at the ISS, Behnken and Hurley will assist the astronauts in their work on Boeing’s Starliner capsule as well as help install new lithium-ion batteries in spacewalks.