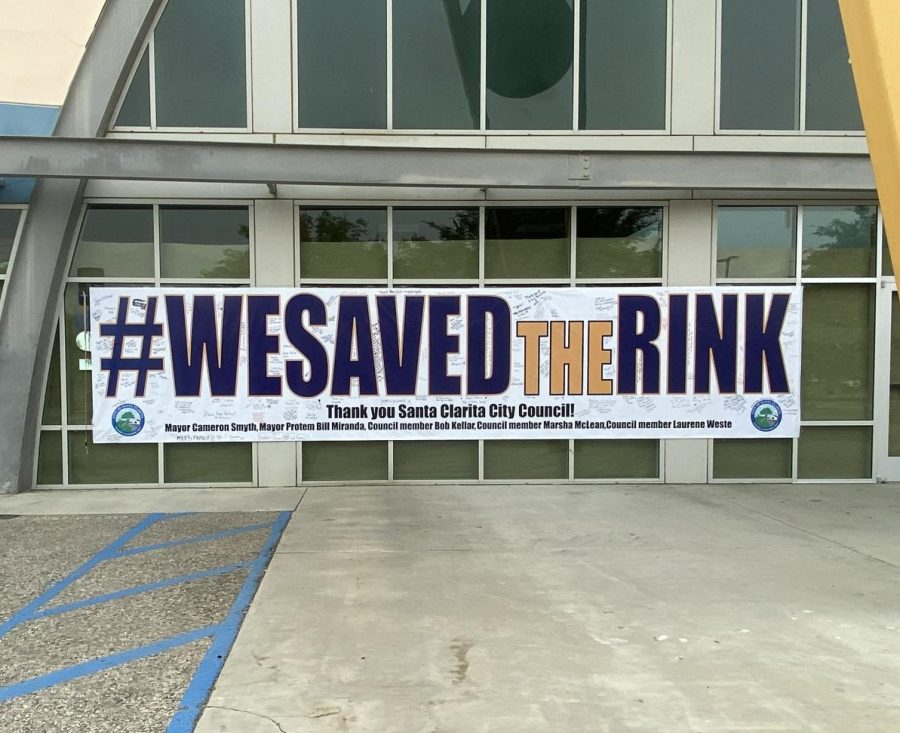 On Aug. 25, the City Council of Santa Clarita bought the local skating rink in Valencia, the Ice Station. After it closed down in March due to the pandemic, many buyers considered purchasing the rink, but none officially sealed the deal.

It wasn’t until the end of August when the Santa Clarita City Council voted unanimously to keep the rink and bought it for 14.2 million dollars. The Ice Station’s 93,000 square foot property is now one of the city’s services.

The residents of Santa Clarita worked diligently to save the Ice Station and are overjoyed to see that the local rink is staying open.

Leigh Ann Dunleavy, manager of the West Ranch hockey club, was a very important figure in the process of saving the rink. Dunleavy’s two children, Chris and Patrick, practically grew up in the rink, and the rink has been like a second home to them.

“I’ve seen first hand the positive impact the rink has on many of our area’s youth. The players on our teams have made lifelong friendships at the rink, while learning how to win, lose and be part of something bigger than themselves—a team,” Dunleavy revealed. The thought of so many young kids not being able to experience the Ice Station pushed Dunleavy to save the Ice rink as she “want[s] this opportunity for all the kids in Santa Clarita.”

Dunleavy and her partner, Stacey Titter, started a petition targeted towards the Los Angeles Kings and the city of Santa Clarita, who were both potential buyers. This petition was signed by over 26,000 people. While the petitions were going around, Dunleavy and Titter spoke to numerous potential buyers as well as the city and other community members. Dunleavy also formed a committee to help plan events and encourage community members to participate in the process.

There was a lot that went on behind the scenes to ensure that the ice rink was saved. “The rink would not have been saved without the response by the ice community in Santa Clarita,” Dunleavy explained. Truly, it took the whole community to save the rink.

Upon the news that the rink was opening up again, West Ranch sophomore, figure skater, and Ice Station employee Erin LaQuay stated: “I was so excited. I missed walking into the rink after school and seeing my friends at the front desk or in the restaurant.”

Mayor Cameron Smyth explains that as the Ice Station opens their doors again, the city plans to create more uses for the building. “After touring the property, we realized it could be much more than just a single use facility. By taking over the building, the City will transition the Ice Station from a single activity business to one that will have a broader community benefit with ice related sports remaining the primary focus,” explained Mayor Smyth.

The primary use of the building would still be an ice rink; however, according to Mayor Smyth, the City Council is planning “to grow and diversify the types of activities offered at the Ice Station.”

With new owners come improvements and changes. The Paw Print asked Santino Mazure, West Ranch student and hockey player, what he thinks should or shouldn’t change once the rink reopens. “I am hoping that the rink itself gets fixed up a little because there are many things that could use some fixing there,” Mazure replied. This experience has been especially tough for players who have played at the Ice Station since they were young, so understandably, Mazure hopes “that something like this never happens again.”

By purchasing the Ice Station, the City Council was able to bring the community together since it was a place where many made unforgettable memories.