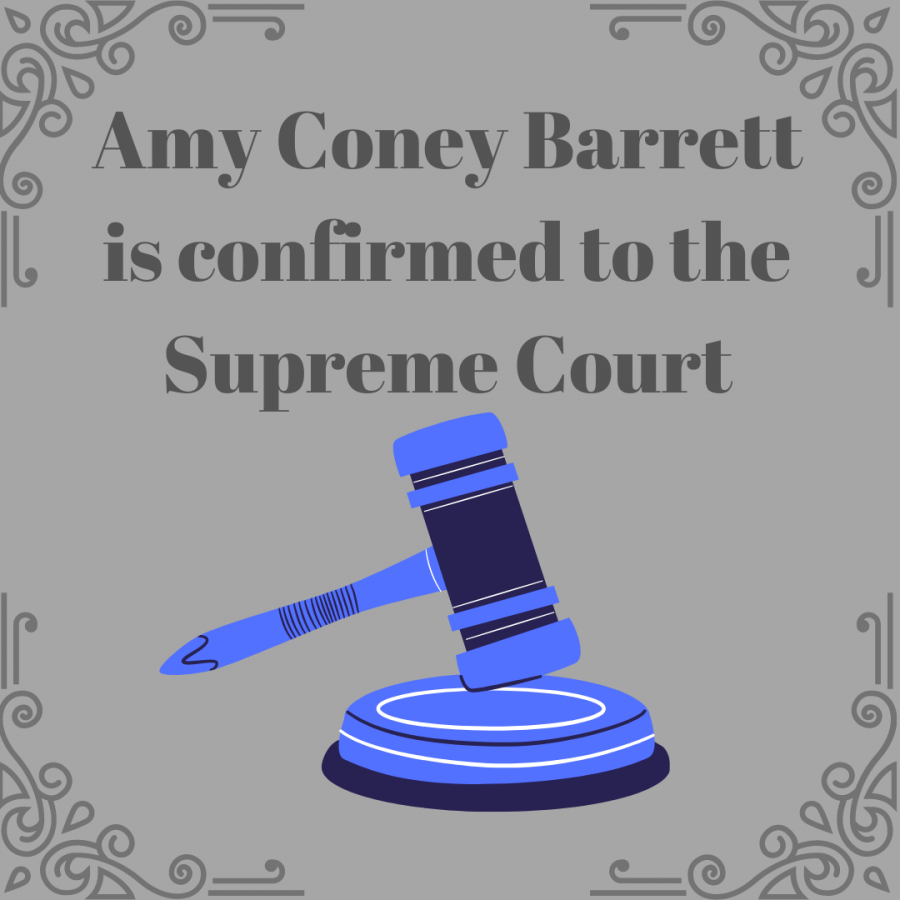 On Oct. 26, the Senate confirmed Amy Coney Barrett to the Supreme Court by a 52-48 vote. On Oct. 27, Barrett took the judicial oath, officially becoming an Associate Justice of the United States Supreme Court and filling the seat previously held by the late Justice Ruth Bader Ginsburg. Barrett’s confirmation and swearing-in came just a week before the 2020 Presidential Election.

With her confirmation, conservatives now hold a 6-3 supermajority on the Supreme Court. Many fear that this dynamic will be utilized to strike down precedents and legislation such as the Affordable Care Act and Roe v. Wade, a landmark 1973 case which upheld abortion rights in the United States. Others are concerned about the Presidential Election, especially after President Trump alluded to a possible Supreme Court case depending on the election results.

In light of all this, Barrett maintained that her decisions as an Associate Justice will be done based on the Constitution, and will not be influenced by her own politics.

“The oath that I have solemnly taken tonight means, at its core, that I will do my job without any fear or favor, and that I will do so independently of both the political branches and of my own preferences,” Barrett remarked in her speech during her swearing-in ceremony.

With this recent election and political tensions at their height in the nation, only time will tell how this confirmation will shape legislation in the decades to come.