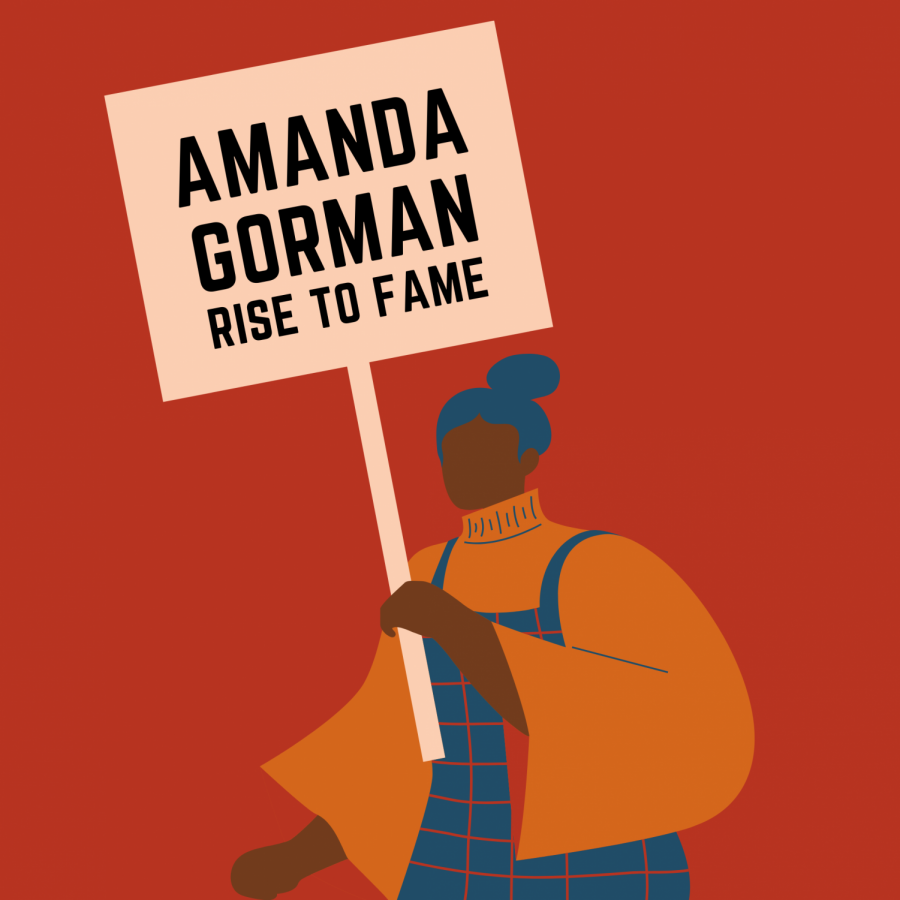 On Jan. 20, 2021, the day of President Joseph Biden’s inauguration, Amanda Gorman made her mark on US history. Not only was she the youngest inaugural poet in American history, but the 22-year-old Harvard graduate also inspired and touched the hearts of millions while reciting her powerful poem “The Hill We Climb.”

With the theme of hope and progress, Gorman described the necessity for Americans to come together in the name of hope and acknowledge the reconciliation that needs to take place in order to create a more united country.

Kaitlyn Jizmejian, a junior at West Ranch, remarked that watching Amanda’s performance at the 46th inauguration was “very moving. Seeing a black girl from humble descents write and read such a powerful poem at one of the most important events in United States history is crazy. Personally, I love to write, and knowing that I can become someone like Amanda is so inspirational.”

Jennie Wyse, a mother of two children in Santa Clarita, expressed that “The Hill We Climb” was, “performed exceptionally well.” She goes on to say that “Amanda did not only recite a poem, she enacted it. I was mesmerized. The fact that she was able to be so transfixing under the pressure of the entire world watching was very impressive and inspiring. As a mother, seeing a young girl hold such authority and power gives me the hope that my daughter will be able to influence others and change the world, in the biggest and smallest ways possible.”

LA Times reports that Amanda Gorman was raised in Los Angeles by a single mother, and overcame a slew of obstacles to forge her path. She and her twin sister Gabrielle, an activist and filmmaker, were both born prematurely. In kindergarten, the future poet was also diagnosed with an auditory disorder that gave her a speech impediment.

This disability, however, did not hinder the young girl as she found her voice in writing and reciting poetry. Amanda fell in love with poetry in the 3rd grade when her teacher read Ray Bradbury’s “Dandelion Wine” to the class. She turned to writing to cope with her speech impediment ever since.

At 14 years old, Gorman joined WriteGirl, a nonprofit organization in Los Angeles that promoted creativity and self-expression to empower girls, attending their monthly creative writing workshops and working one-on-one with writing mentors. It was through their support that allowed Amanda to chase her dreams as a writer, according to NBC.com.

Amanda’s career took off in 2013 when she was named the first-ever Los Angeles Youth Poet Laureate. According to the LA Times, Pakistani activist and Nobel Prize laureate Malala Yousafzai and her speech to the United Nations Youth Assembly further inspired her to dream big. A year later, she was named the inaugural Los Angeles Youth Poet, and her first poetry collection, “The One for Whom Food Is Not Enough” was published.

As Gorman continued to improve her spoken fluency, she also strove for social justice. For her, it was clear from the start that expression was to be both poetic and political. At 16 years old, Amanda founded a non-profit organization to support poetry workshops and youth advocacy leadership skills, called One Pen One Page, while also becoming a youth delegate for the United Nations.

During her time at Harvard, Amanda continued to stand up for what she believed in by speaking up in public forums about a broad range of issues, including racism and police brutality, abortion bans in the US and the incarceration of migrant children. The New York Times reports that her clarity of expression also received more recognition after her performance in the musical “Hamilton”.

In spring of 2017, Amanda was named America’s first National Youth Poet Laureate, an honor that took her and her poetry to public events across the country. At one of these events, Dr. Jill Biden heard her read a poem she had written in the wake of the white supremacist “Unite the Right” march in Charlottesville, titled “In This Place (An American Lyric).” Three years later,  Dr. Jill Biden, as first lady-elect, suggested the young poet for the inaugural honor.

After reading “The Hill We Climb” in front of the nation, videos of Amanda’s performance went viral. She signed with IMG Models for fashion and beauty collaborations and even took part in Super Bowl LV’s pregame festivities, becoming the first poet in history to do so.

Looking to the future, Amanda is working on three books with Penguin Random House. A poetry collection, including “The Hill We Climb,” and a picture book called “Change Sings” will both be published this upcoming September.

“I hope that one day I will be able to bring hope and inspire people like Amanda Gorman,” Lexi Fernandez, a junior at West Ranch stated. “She is such a beautiful girl and has such power, I know she will do great things and I know that I can too.”