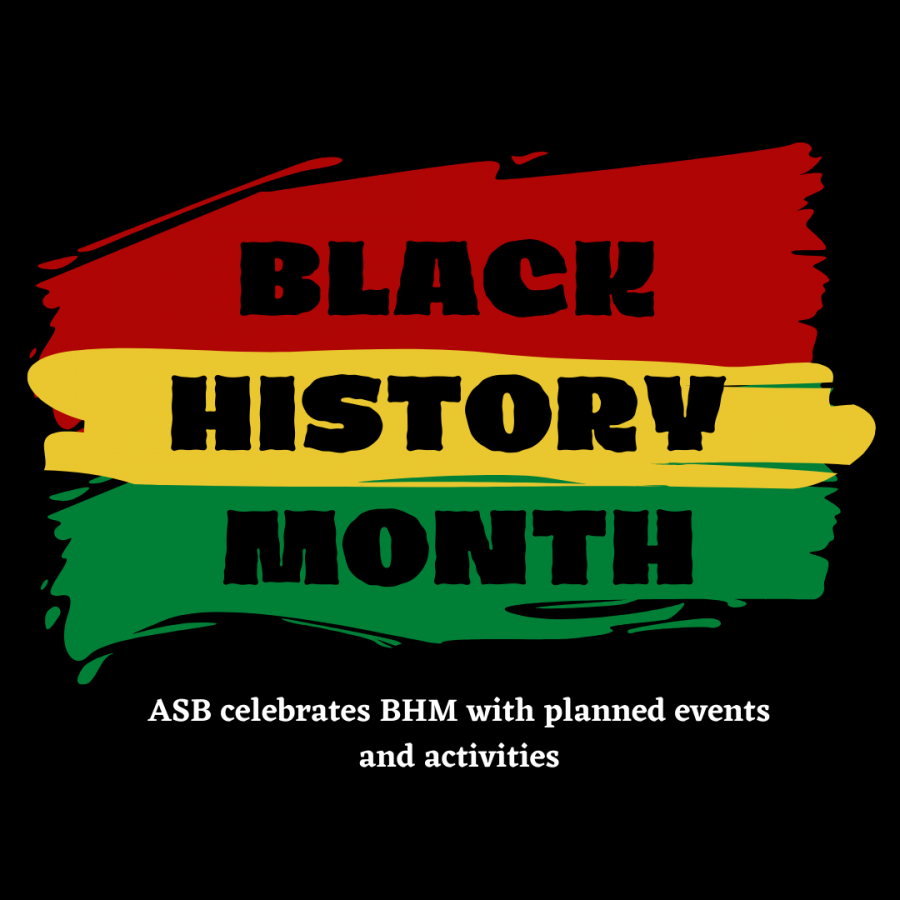 Throughout the past year, our nation has had a reckoning with racial and social realities as more people have joined the fight to end racism. Various protests, petitions and movements began to rise up, fighting for the equal rights of all communities of color. Although diversity has been significantly more celebrated in recent times, the Association for the Study of African American Life and History states that ever since 1926, citizens considered February to be a time to honor Black-American history.

Esi Otoo, freshman ASB vice-president, played an integral role in planning the events and coming up with activities.

“I prompted ASB to honor Black History Month this year because this past year has been really hard for the Black community and I know how little it has been recognized in the past,” she explained, “so I thought that students like me would appreciate being honored and shown love throughout this month.”

At the end of each week, ASB handpicked a student to spotlight on WRTV based on the week’s theme, plus gave each class an opportunity to nominate a fellow student as an advocate in making a difference.
Week 1: Entertainment
Throughout the duration of week one, ASB honored African-American voices by highlighting the large role that Black entertainment idols play in culture and expression.

Students had the opportunity to participate in Black History Month on social media by posting their favorite movies or songs by any Black director or artist. ASB’s official Instagram posted a variety of short biographies spotlighting numerous Black icons: Florence Price, James Earl Jones, Chuck Berry, Katherine Dunham, and Jordan Peele. They also shared Black films and a Spotify playlist for students to watch and listen to throughout the month.

West Ranch sophomore and ASB student Victoria Davis helped ASB’s plans come to fruition, and described how she enjoyed the events during the week.

“I loved the entertainment week, because not only were the graphics made by ASB students absolutely amazing, but also we were able to share Black movies with the rest of West Ranch,” Davis said. “A lot of my favorite movies were on the list so I was glad to be able to share them with everyone.”

On Feb. 4, WRTV broadcasted an interview with Aryah McVay, an African American dancer here at West Ranch and the spotlight for entertainment week.

“To me, Black History Month means a lot. It’s a time to understand and get to know the stories of people of color, and for me personally, how they paved a way for me to now use my voice and stand up for what I believe in, which I think is really important,” McVay explained in the interview.
Week 2: Pioneering & Innovation
The second week of Black History month was dedicated to honoring innovations and advancements that Black inventors, business owners and entrepreneurs contributed to; it was a time to honor those throughout SCV and the United States.

West Ranch ASB’s Instagram highlighted Black businesses, inventions and technological advancements. For example, they recognized a variety of local businesses and companies that WRHS students could support, such as The DW Cookie Co. and Orchard Harvest Soap Co.

On Feb. 11, to celebrate Black trailblazers, ASB hosted a virtual movie night to watch “Hidden Figures.” The award-winning film follows the true story of three African American women working at NASA in 1961 as they endure racism in the workplace and use their smarts to help Friendship 7 land successfully.

Because students had Friday off from school in celebration of President’s Day, no students were spotlighted this week.
Week 3: Sports
To embody the sports theme of week three, WRTV featured Dylan Gatua, the West Ranch boys cross country captain.

To Gatua, “Black History Month means ‘the bridge between American and African life.’” He told WRTV, “I’m from immigrant parents from Kenya, so being able to experience that bridge in one month, 28 days, where I learn more about the history of America and the importance of Black Americans in American life, because I am one. It really helps and aids me in enriching my perspective on America and back to the motherland of Africa as well.”

Many athletes are motivated and inspired by music; on Friday, ASB released an empowering Black History Month playlist featuring Black artists. Click here and here to listen to both playlists.

ASB also used this week as an opportunity to feature organizations to support during Black History Month like Black Girls Code and Black Women for Wellness. To close out the week, students donned purple and yellow to honor the late Kobe Bryant and his contributions to the world of sports.
Week 4: Social Justice
The fourth and final week of Black History Month dealt with social justice and civil rights. Because the other weeks were dedicated to elevating Black voices, week four directly focused on activists, motivational speakers and politicians.

On Tuesday, Feb 23., ASB gave students the opportunity to RSVP and meet Mr Charles Person, who voiced his experiences as a Freedom Rider back in 1961 via ZOOM. Students were later encouraged to wear colors of the Pan-African flag (black, red, or green).

The WRTV student spotlight of this week was Shaya Godycki, president of the Black Student Union. Click here to listen to her interview.

The month of February was a fantastic opportunity for all students to reflect on African American history. The Paw Print cheers on ASB for celebrating Black history and Black changemakers in our country.

“For me my lived experience as a Black woman in America has really inspired me to push with my activism both for feminism and for Black rights, especially because I’ve experienced forms of discrimination on the basis of my skin color, so for me trying to fight against that is important so that everybody can have access to equal rights and equal say in our society,” expressed Godycki.