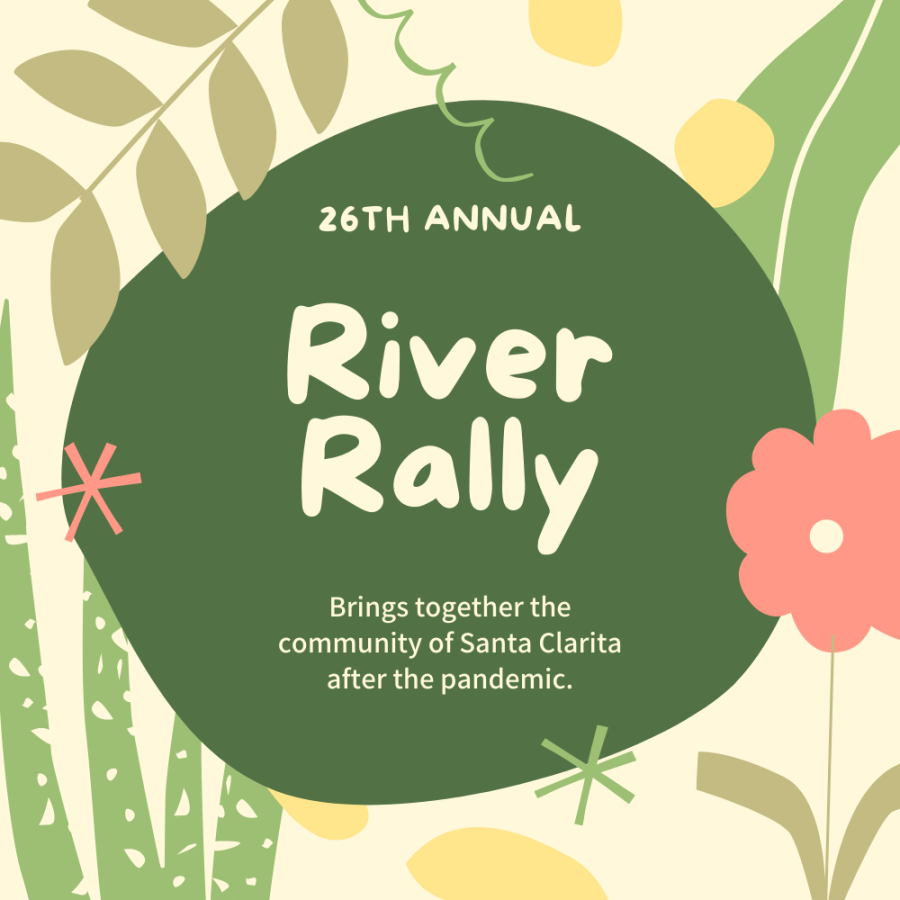 On Sept. 18, over 1,200 volunteers gathered behind the shopping center on Soledad Canyon Road to participate in the 26th annual River Rally, hosted by the City of Santa Clarita. Each year, the city hosts an opportunity for SCV residents to collect trash in different parts of the Santa Clara River.

Beginning at 8 a.m., volunteers checked in, trained with biologists and received trash bags and gloves before heading into the riverbed.

After the event, volunteers were thanked with shaved ice and giveaway items. Many headed to the Environmental Expo next to the riverbed to learn more about the local environment and sustainability through the booths set up.

Project Technician Kelly Kacmar, the organizer of the River Rally, told the Paw Print about the rigorous planning process. “First, an event site is secured, rotating between three past-used sites. Artwork is [then] created by city staff to use as outreach for the event, and potential expo exhibitors are contacted to see if they are interested in having a booth. City staff also start communicating with potential sponsors. Arts and Events staff ensure the volunteer website is up and running smoothly when registration begins.”

Kacmar added, “Next, we order trash bags, gloves, wristbands, giveaway items and more to make the event run smoothly. The biologist team responsible for the biologist training conducts a pre-event survey for the site, making sure all biologically sensitive areas are found, so they can be avoided the day of the event. The day before and morning of, we are busy with preparing all the supplies for the event and making sure exhibitor booths, registration and biologist training areas are ready to go for volunteers and exhibitors! It’s truly a collaborative effort among multiple city divisions.”

With all the preparation, Kacmar wanted to ensure that the event would be successful, as the River Rally had to take a year-long hiatus due to the COVID-19 pandemic.

The event was also planned differently than previous years in order to keep volunteers and staff members safe.

Laura Jardine, a staff member and a resident living in Saugus, explained that the whole River Rally cleanup, including the Environmental Expo, was outdoors. In addition to this big change, Jardine explained that to abide by COVID-19 protocols, “smaller bio training groups [were created] so there were fewer people in one group.”

Although COVID-19 led to some modifications to the River Rally, the event was successful and Kacmar expressed the importance and benefits of the River Rally.

“This event reminds the community that properly disposing of waste is vital to the health of the Santa Clara River and the endangered species that call it home. If everyone in Santa Clarita does their part to be a recycling hero, pick up after their pet and place waste in a proper receptacle, our local river system will thrive,” Kacmar explained.

For upcoming River Rallies, Kacmar said that she would love to see more volunteers each year who want to do their part for the community. She also encourages “volunteers to talk about the event with their friends and family. The more people that are educated about what happens in our local river system, hopefully the less trash will be found year after year.”

Wildcats, if you would like to participate in next year’s River Rally, stay updated on the website santaclaritavolunteers.com. Although the date is not set yet for the next event, you can do your part for the community by picking up trash whenever you see it and throwing it away.