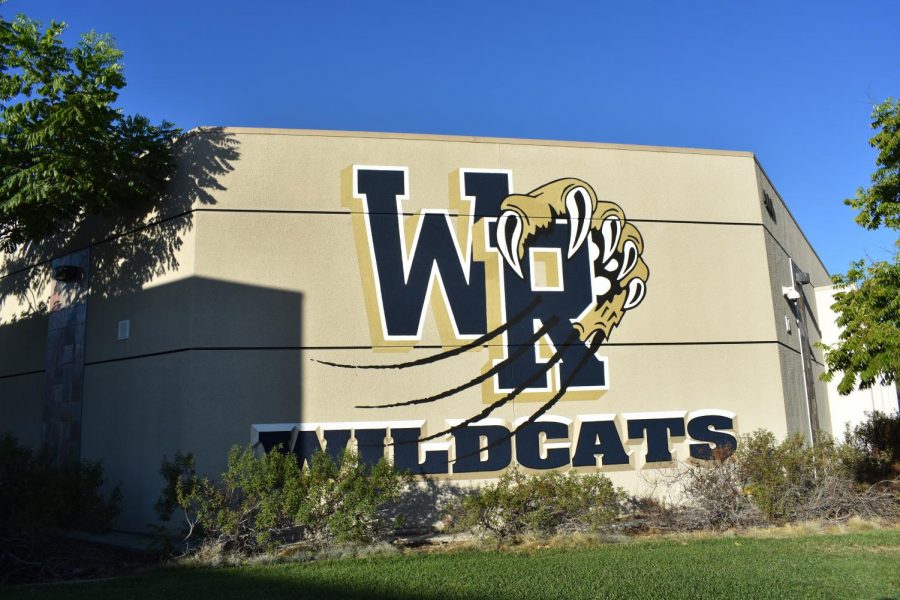 Amid the frenzy of the first week of school, a new mural caught the eyes of the student body. This mural, boasting the West Ranch logo, towers over upper campus as a proud emblem of the school.

The process of creating this mural was a long one, starting back in Jan. when Assistant Principal Mrs. Hinze and ASB Director Mrs. Priske contacted the mural company to look at various design options. The final design was chosen in April, and the painting process began in July. When discussing the design process, Mrs. Hinze said, “We knew we wanted something that represented West Ranch, but not too loud and obnoxious.”

The mural itself took a week to complete. In addition, several existing murals on campus were repainted, such as the murals in the gym and outside the administration building.

For many students, this mural is a refreshing accent, spreading school spirit on the upper campus.

Sophomore Jessica Caballero believes that, “It emphasizes our [school’s] pride, and we should be proud of it.”

Similarly, Junior Jasmine Johnson thinks, “The mural is a good way to help represent school pride, and it adds more color to our campus.”

In general, West Ranch’s new mural is a bright addition to campus that is bound to get students excited for the upcoming school year.