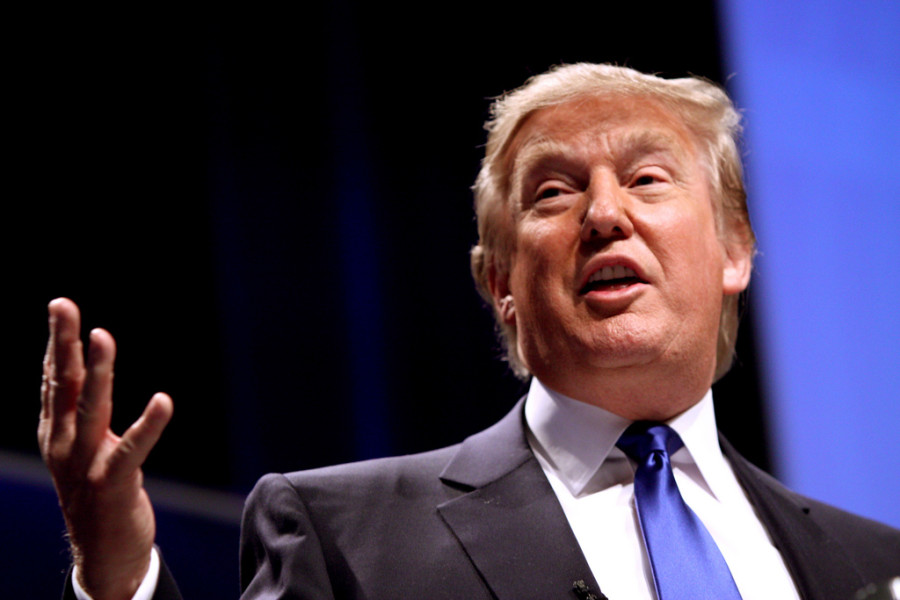 Donald Trump. He’s the punchline to almost every joke about the election.  But he’s also one of our most popular, talked-about presidential candidates. What? Is there actually something people like about this guy, or is all the buzz just…buzz? I mean, why do so many people actually favor Donald Trump as a candidate? What’s the big deal about this never-seen-before presidential president?

But as it turns out, this is not a joke —

This is all too real.

Or, at least, it shouldn’t be.

especially when they’re the same person.

It’s no surprise that the media likes to make fun of Trump and his campaign. He says some surprising (and plain out offensive) things —  like when he said “The beauty of me is that I’m very rich,” in an interview with ABC News or “I have an attention span that’s as long as it has to be,” In an interview with CNN.  He also has extremely controversial political views. Some supporters believe that Trump’s “say-it-like-it-is” attitude is a good change. When we have a candidate whose promise is along the lines of I’m rich, and now America can be too, it’s easy to believe him. But it’s imperative that American voters take a step back and look at the big picture. What would America be like with Donald Trump as president?

During the Republican Debates at the Reagan Library, Trump was picked on. A lot. But still, fear began to slowly creep into the minds of the other candidates. What if Trump actually was more popular? You know something’s wrong when other candidates not only become scared that they won’t win — but scared that Trump will. There are a ton of Republican candidates, but when a conversation about the Republican party comes up, Trump is the first name mentioned. He’s popular, he’s entertaining, and that’s why people like him. But is that really all it takes to be president?

At this time, more than any, it’s important to vote. Do you want Trump to be president? Not voting is letting an opportunity to change something go to waste —  It’s the difference between going with the flow and taking a stand. It’s the difference between “remember when Trump thought he’d be president?” and “Where did all the undocumented immigrants  go?” This is a really really major event, and we’re all a part of it.

Trump is number one in the polls. His… unconventional way of thinking and campaigning entices viewers. But that’s not all a presidential candidate needs to get elected — is it? In just over a year, Trump may be standing on that podium, swearing in on a copy of “How to Get Rich,” telling us how happy he is to be our president. From now on, the power to make that happen (or not happen) is in our hands. That is a lot of power. But if we disregard the facts, if we make uninformed decisions, are we not powerless?