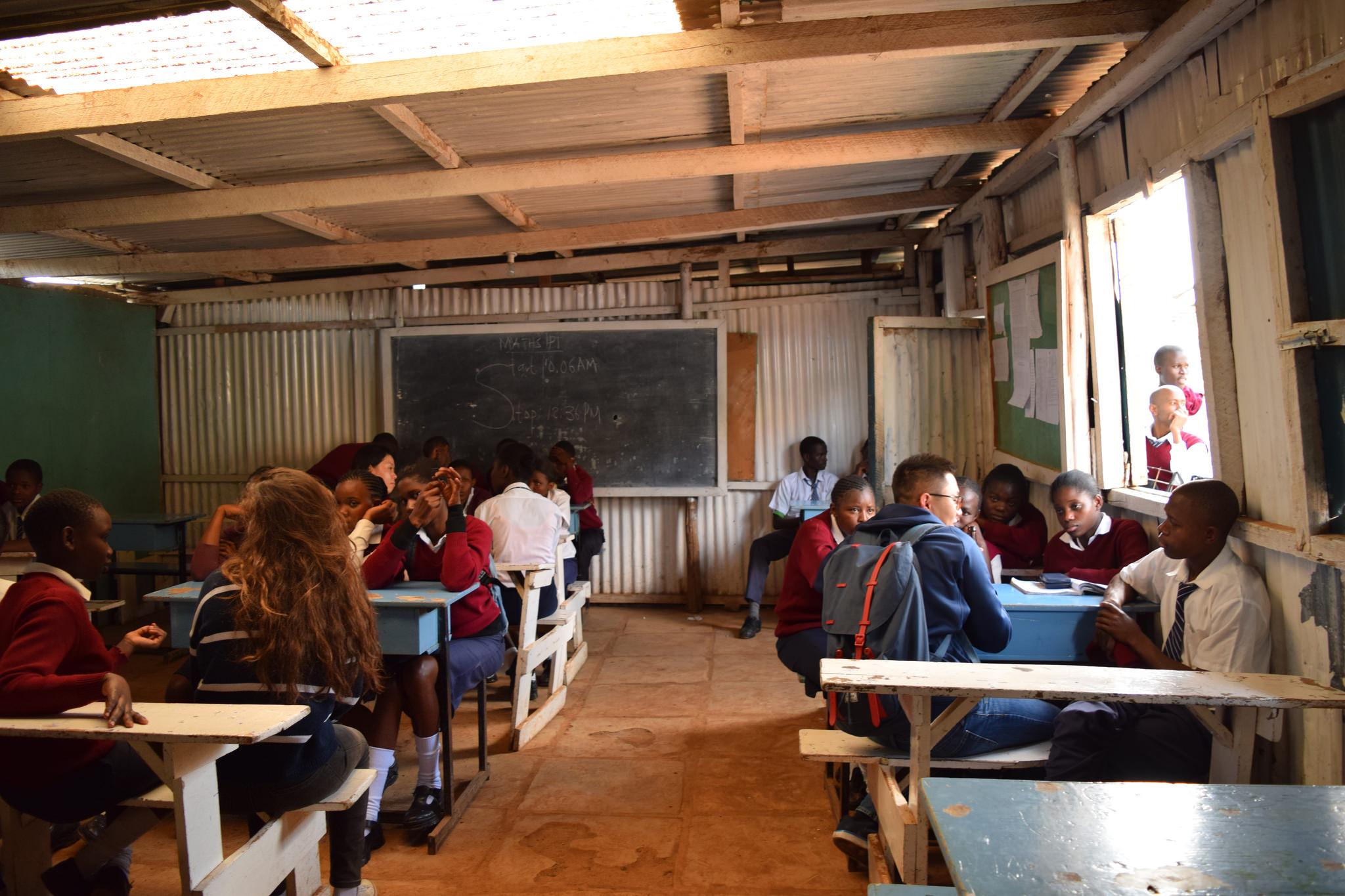 How I Rediscovered Kenya

“Why Kenyans? What makes them so special? Why are we specifically focusing on people that most of us can never relate to?”

I am asked these three questions mid-speech, and the only answers I can come up with are clichés to describe any group of less fortunate people. I’m speaking at a school I don’t even go to, claiming to be a champion of the unheard Kenyan people, and the only things I can say about them go something like, “Well – uh – they’re like – uhhh – diamonds in the rough.”

How embarrassing. I can speak on and on about how important it is to reform education in Kenya or how necessary it is to provide environmental relief in forms of organized waste management, but I can not articulate exactly why the Kenyan slum-dwellers deserve a Californian’s attention.

Not that I don’t care about them.

Last year, I attended an international summit for social innovation in Nairobi, Kenya, to work with students from around the world and from the Kenyan slums. There, I headed a group of four students from China, New Zealand, Australia, and Kenya in creating a $10,000 scholarship-winning proposal for effective waste management. I interacted with the Kenyan people extensively, and I developed an invigorated spirit to address the environmental, economic, and medical concerns that are raised by the poor conditions of their slums.

In such a short amount of time, Kenyans had made me feel something that influenced me to be so passionate for their cause.

But at this moment, in front of a crowd of my peers, I just can’t point my finger to what exactly that something is.

I realize that I’ve been so blinded by my tunnel vision for improving physical conditions in Nairobi that I’ve failed to understand that no cliché in the world can ever do its people justice.

What is it that makes Kenyans so special? Why is it that I expect my peers to care about students 10,000 miles away?

I realize I have to go back.

And so – exactly one year after my first visit to Kenya – I do.

But this time, with a newfound focus to understand the underlying emotions, motivations, and ambitions of the Kenyan people that I’ve mysteriously grown to love so much, it doesn’t take much time to find the answers. 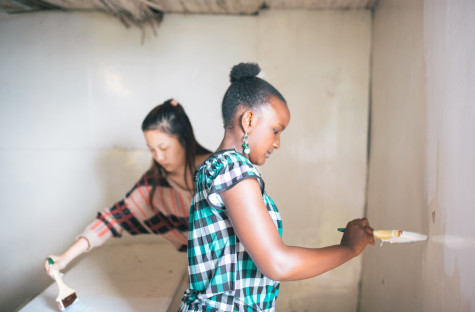 During a school visit, I meet Mary, a 19-year-old political activist and aspiring journalist. I ask her a simple question, expecting a brief, one-sentence answer.

“What motivates you to work as hard as you do?”

We end up talking for hours, and I soak up her impassioned diatribe against the Kenyan government’s corruption in awe.

“Political nepotism and tribalism in Kenya have existed for as long as the government has been in control. We in the slums are not getting the official recognition that we so desperately need in order to have proper public services and infrastructure in place,” she explains. “Discrimination against certain peoples in Kenya is not a new concept. But there is nothing happening against it, and it’s because the majority of Kenyans are stuck in slums where they have neither an education to advance in social influence nor access to any legitimate platform to express their voices.” 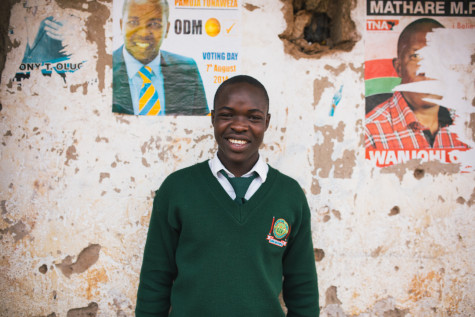 Alex, whose drug-addicted parents abandoned him at the age of three, is a singer, dancer, actor, and leader of a youth performance troupe in the Nairobi slums.

There’s not one kid I talk to in the slums for the remainder of my trip that doesn’t have the highest praise for Alex.

I ask him, “Why are you so happy all the time?”

He stares at me with a funny look at first; then come the smiles.

“Brother, how can I not be happy all the time? If God is for us, who can be against us? I live every single day knowing that He is my biggest supporter and what can I possibly do other than express my joy in Him through my songs, dances, and performances?”

He’s smiling the entire time he’s talking to me.

“He has allowed me to show my love to all these kids and bring joy to their hearts. They are my family. I have a peace of mind knowing they are there for me and knowing He is there for me as well. Everyday I thank God. What more can I ask for?” 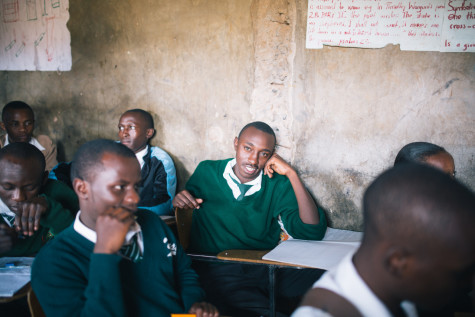 Paul, a fourth-year high school student, is getting ready to take his exams for a shot at university. He knows the odds are slim. But he’s confident he’ll get there.

“Why do you want to go to university so badly and how are you so sure that you’ll get in?”

“I want to be a computer scientist and programmer, and university is the next step for me to get there. I want to change Kenya first, and revolutionize how we can use technology to our advantage. Then I want to change the world. I know that I have passion to do it, and I think passion alone can take me places far beyond what the doubters of the slums say. I believe God has chosen me and called me to be His tool for change. That is why I can do it.” 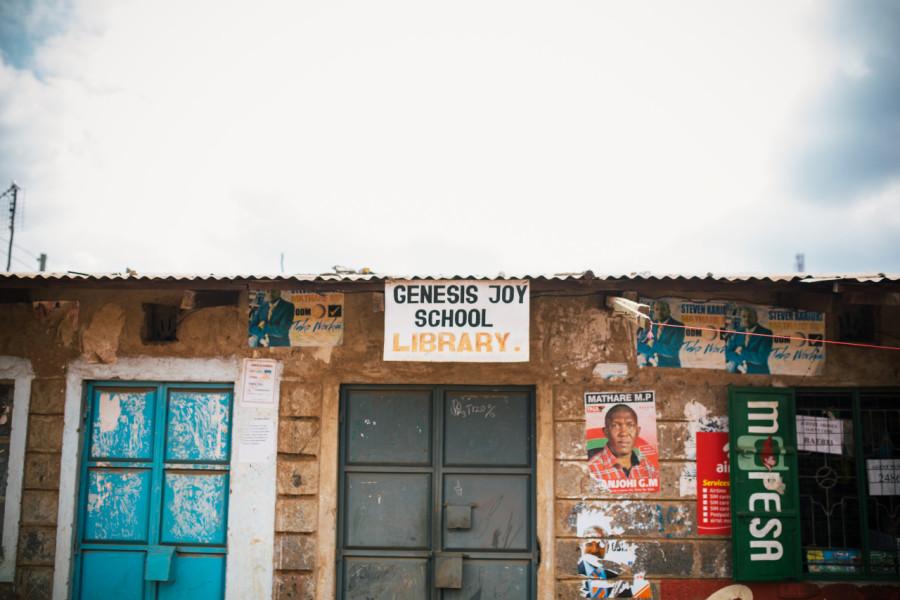 My second trip to Nairobi has helped me perceive just how intelligent and autonomous Kenyans can be. This is why education is so important for Kenyan slum students, because given the right guidance, they are capable of developing the slums on their own. Because with this independence, they will no longer have to rely on the charitable handouts perpetuating the social dynamics that created the need for aid in the first place. Because even in the most desolate conditions, they are among the most spirited and spiritual people I’ve ever met. To me, that’s what makes Kenyans special.

But there’s also something else that this summer has taught me.

There is no logical answer to why someone in California should care for Kenyans specifically. Personally, I care because I believe working with Kenyans in the development of their slums is my calling. But I can’t expect others who haven’t shared my experiences to feel the same way. I understand now that I don’t have to. Thousands can join me in the cause for slum development or three can. It won’t matter: I’ll fight for Kenyans because I believe that they deserve a platform to express their voices and incite change. And that passion is all I’ll ever need.

So whatever it is you do, don’t do it because others agree with you. You don’t have to justify your passion with another’s opinion. Don’t do it for the college application. The person reading your application will know whether you’re actually into it; it’s their job to know. JFK’s words were just suggestions: you don’t even really have to do it for your country.

Just do it because you believe that you’re meant to do it.