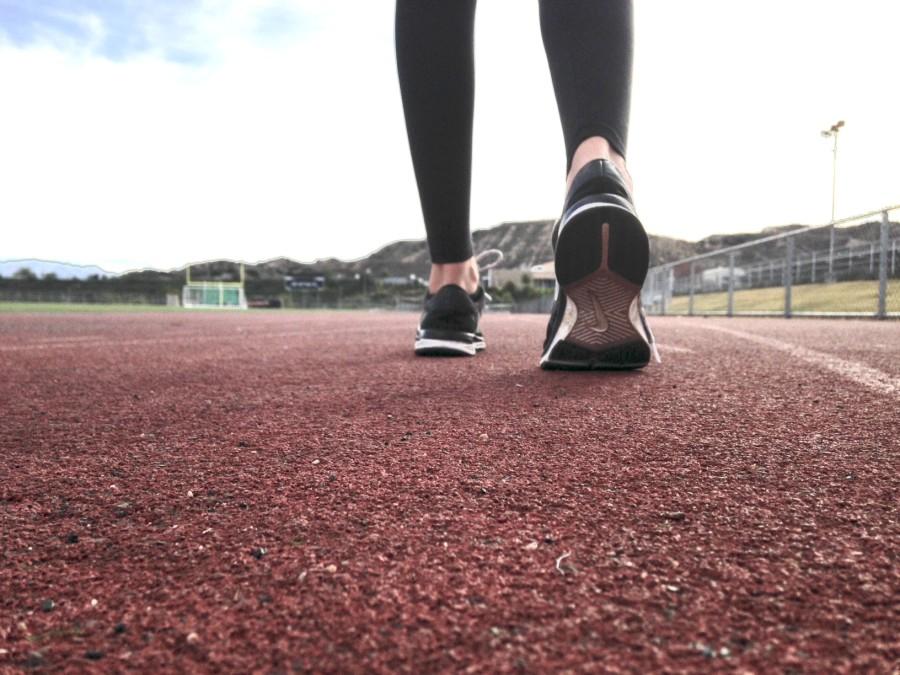 Out of that mind-blankness, a new thought occurs: “Why?” Why would someone put us through this pain? How? How is it so easy for that guy running in front? Why can’t I do that? Am I not good enough?

Every year, I go in with high hopes. “I’ll be the fastest runner here!” I’d say, “Look how cute and motivational my locker is!” and “I’ve got my friends here with me. What could go wrong?”

And I always did.

But like so many other students , my best was not good enough. Even though I tried my best, even though I pushed my hardest and ran and ran and ran, I always ended up crying, and a wreck both emotionally and physically, at the end of that run.

I was always the only one of my friends who did not earn an A.

I tried my best, and still my grade told me that I was not good enough.

Think back to elementary school. The teacher would say “P.E time!” And all the kids would scream “Yay!” P.E was a chance to play, get some fresh air in the middle of the day, stretch our legs…

Why do we have to take such a great thing — exercise, fun, play — and turn it into something that so many of us just fear?

The California Department of Education says that, by standard, a student must “Accept personal responsibility to create and maintain a physically and emotionally safe and nonthreatening environment for physical activity,” as well as, “Describe the enjoyment, self-expression, challenge, and social benefits experienced by achieving one’s best in physical activities.”

Almost every day, I want to scream “Get me out of here!” along with so many of my peers.

The Department of Education pushes a focus on students having “meaningful physical activity throughout their lifetime.” How are we supposed to maintain a good exercise regimen throughout our lives if we go through torture in our P.E classes? Why would anyone want to continue exercising after high school if all we’ve known is this atmosphere of competition and judgement?

Useless is a harsh word. I’m not denying that. But let’s look at the big picture — how do we, the students, benefit from this class?

One of the most important reasons P.E. standards are so harsh is because of the childhood obesity epidemic in California. According to the California Health and Human Services Agency, one in three teenagers are overweight or obese: three in five for adults.

And that number has doubled since 1990.

So, what is P.E. really solving?

Not all students feel this way, but when we look at how many students regularly read the newspaper, regularly calculate tips/taxes, and regularly use skills they learn in academic classes versus how many students regularly exercise, we see a stark difference. There is this huge emphasis — this pressure — put on students to do well in P.E. that is not seen in any other academic classes. It’s not hard to see why there are more football players and athletes in the real world than intellectuals. Our society takes some kind of pleasure in ignoring smart kids and making fun of them. Let’s face it– people like to be strong more than they like to be smart. If the social pressures aren’t enough (think stereotypical jock and nerd) now we have the school itself magnifying the pressures put on really smart students to do well physically. There are students that shine academically but are emotionally knocked down during this one class that just can’t be learned. All during time that they could be using to take other classes that actually interest them and might help their career. And when they’re picked on and laughed at during P.E.? What do you suppose that does for their self-esteem? If this were any other class — like Math or English — parents would be in the counseling office, tutors would be called, and people would try to help the student learn and improve. But P.E? You’re on your own.

Back to the real world — is it really more useful to be able run a mile in eight minutes or to be able to do your taxes and get into college?

Speaking of college, P.E. is only a high school graduation requirement here. Most colleges don’t even look at P.E., but it still has an impact on a student’s GPA.

Even then, P.E. doesn’t have to be wishing I were dead while trying to get a perfect score on my mile. It doesn’t have to be this thing that so many of us hate, fear, and struggle for. P.E. can be fun — if we’d all just try to make the most of it.

But the P.E. I know? That one’s not going anywhere. There’s such a negative atmosphere. It’s turned into an emotional wasteland — definitely not the class for me. Emotionally and physically tearing people down or forcing them to push themselves too far is not okay — and certainly not helping them.

These kids, kids like me, are not going to carry on exercising as an adult. They’ll be afraid of it. And all this class is doing (besides emotionally scaring them) is growing that fear.

Sure, P.E. is great for athletes and students who are more physically inclined, but how will these classes help us in the long run? (pun intended)

The truth is, they won’t.

P.E isn’t what it should be. It’s just the Frankenstein’s monster of good ideas about health and fitness, plus sweat and pain.

Staring up at the sky, I try to catch my breath. The blank blueness makes me feel empowered, and motivated. I run and run and run — my heart racing. There’s the finish line! I’m there! I’ve made it!

And failure is all I feel.