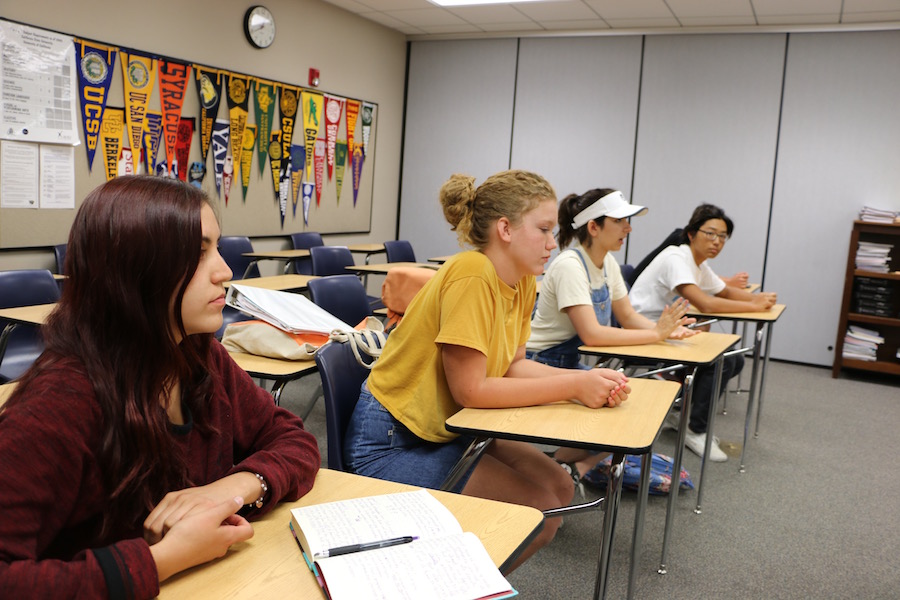 Gallery|8 Photos
Photo by Skijler Hutson
“I don’t like organized religion that much, [but] I believe that all people should have the right to do what they want, practice what religion they want to… I think that a lot of people need religion. I think that some people need it, but personally, I don’t need it. I get that there is a need in some people, that they are lacking something or [they have] a negative outlook that they need religion [to fill].” — Sedona Vivirito, Atheism

Yes, I am Christian. No, I am not bigoted, sexist, racist, homophobic, close-minded or hateful. But I am interested in how this label is interpreted against me and how it is being portrayed today.

I have repeatedly been called out for religion’s involvement in my life. I was told that any association with it was negative. I quickly learned that this part of myself should not be shared without serious consideration. Christianity had context and association that could be used against me. I thought that someone’s immediate internal response would be to put an anti-gay, immigration or abortion propaganda sign in my hand. I would be called a close-minded individual even though my actions showed differently.

I found myself hesitating when asked about my faith. “Are you Christian?” “Well … yes. No. Maybe? But I am not religious though!” Before I had completed my answer, I had already tried to explain it. Part of my hesitation was I didn’t know how I felt about the secular stances of others who called themselves Christians. If I called myself Christian, did that mean I was inherently the same as those whose opinions conflicted mine?

I decided the best answer would come from the collection of varying ones. I held a panel of nine people representing different religions and one atheist. We talked and debated about religion in our lives. We recognized its beneficial role in each of us but also acknowledged its institutional downfall. Primarily, I wanted to hear other people’s reason for religion; why is it worth anything?

“I think that without religion, a lot of religious people could be happy. They are fine with themselves, but they see religion. They see the beliefs, and they say, ‘Wow, following those rules, I can make myself so much better. I am happy now, but I look at myself, and I am still a sinner,’” said sophomore Patrick Basore, a practicing Catholic. “You see those standards and you say, ‘If I can be like that, I could be the best form of myself.’”

I have witnessed the self-betterment religion models, but I am still unsure of the extent I allow religion to influence my life. What I choose to accept is that religion has shaped me: either for the good or the bad. I went to a private Christian school for six years and attended Sunday school regularly. I can never fully deny Christianity’s impact in my life. It has played too large a role.

Therefore, when people denounced religion, they were also attacking a part of me. If someone decides to comment on religion, they need to understand that a blanket term of “religion is the source of hate in the world” or “organized religion must be abolished” does not apply only to the great monster of human institution. These critiques must be focused.

I have no problem with those who choose to live without religion or criticize it, but they should allow their same freedom of choice to others. As an atheist, sophomore Sedona Vivirito is able to find this respect for what she opposes.

This respect comes with the intelligence to discern primary aim from the various interpretations of religion. It means to see the good it does for others and to not deny them of this joy.

For sophomore Abbey Walters, a member of the Church of Jesus Christ of the Latter- Day Saints, it is religion’s comfort that has guided and relieved her in some of her most difficult times.

“I have needed [religion] in my life; there have been several times where I have had a struggle with a lot of things. I actually, just this summer, was in the hospital … I was in so much pain, and I was so frustrated that that was happening … I believe that we can pray to God, and he will answer us, and I prayed and I just felt better. It didn’t go away, but I felt comforted. I think that sometimes that is really what I need most, is the comfort.”

I have seen the good religion is capable of, but it would be naive of me to not acknowledge its downfalls. These failures lie in that which goes beyond religious denotation and toward worldly interpretation.

It may be that religion itself is bad at the social level yet good at the individual. Many people on the panel shared how religion had benefited their own lives. But as a whole, we failed to show the points of religion that were tailored for the use of human society. Religion, as it is meant to be, provides guidance and comfort, but often when it goes past that — into the secular world — it fails horribly. Now I think that if it wasn’t religion, it would be another human institution. Human hate is larger than its facilitator. Therefore, we shouldn’t blame religion as a concept or an idea but how it is carried out by humanity.

“I believe religion is not the problem at all. Without religion, I feel like I wouldn’t be the person I am. I am trying to set high standards for myself, be the kindest person [I can be], [and] always trying to work hard,” said sophomore Zain Khan, a practicing Muslim.

The dynamic between secular and religious; temporal and spiritual; worldly and divine is often hard to balance. The extent of my faith is questionable, and I am constantly questioning its borders in my life. Whether or not I stay a part of Christianity or any religion for that matter, I am grateful for what it has given me so far.

“I, for a period of time, was an Atheist, and I feel personally, gaining my Judaism and my religiousness back has helped me a lot emotionally because it gives me hope, and it gives me a sense of community. I go to a Jewish summer camp. I have Jewish youth group, and I feel a lot more connected to these people because I share this common struggle, and we all have the same faith,” said junior Hila Oz.

I believe, more than anything, in the intention of religion: the community, comfort, values and good it provides. It disheartens me that religion has become a scapegoat for human nature. I accept those that find fulfillment without religion, and I fully see the logic in it. I also understand the very much valid arguments against religion. It is not the criticism I want to stop. It is the broadness of the attack. One cannot attack religion without considering the very real people it includes. People must either separate the two or stop attacking either.