Everything You Know is a Lie 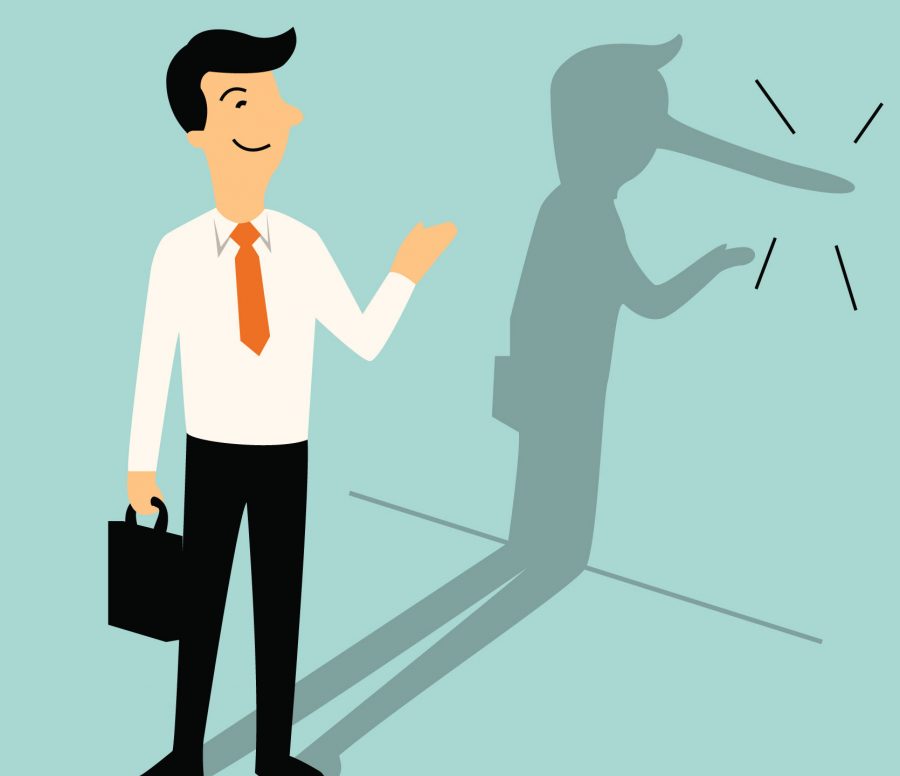 Christopher Columbus discovered North America. There was no school on Jan. 23. Trump’s inauguration had the largest crowd in any inauguration, ever. Of course, these are all just “alternative facts.” At least, according to Trump’s trusted adviser, Kellyanne Conway. But Conway fails to realize that “alternative facts” are, in fact, falsehoods.

“The secret of staying young is to live honestly, eat slowly, and lie about your age,” said actress and comedian Lucille Ball. Sure, it’s meant as a joke, but here’s the takeaway: people lie about everything. Even things that won’t really affect anyone but you.

Lies are being told everywhere you look today, and it’s mind-boggling how many how many lies are believed. Today, however, they are more likely to be recognized as “alternative facts.” Lies have always been common, but now, they seem to be more than prominent. Actually, the average person tells about 10 lies a week, according to The Telegraph. Multiply that by the 7.5 billion people on earth, and divide for the seven days of the week, and you have around 10.7 billion lies told per day. That’s a lot of lies.

Lies are defined as false statements told with the intent to deceive; although it is arguable whether or not all lies are bad. The British Broadcasting Corporation defines the two interpretations of lies as consequentialist and duty-based. When you identify as more of a consequentialist, you believe that the result of the lie determines if it’s good or bad. Using the example from above, lying about your age doesn’t have much effect on anyone, so you could argue that it’s OK to lie like that. An ethicist, however, would argue that no matter the result of the lie, lying is still bad. Even if giving a different age won’t hurt anyone, they’d say it’s still bad to lie.

However, these ethics are all about lying to others. You can also lie to yourself. Humans have proven to be the only animals capable of lying to themselves. Other animals can lie, sure, but none lie to themselves. The lies we tell ourselves can have all sorts of different reasons, but usually, they involve our self-esteem. You might find that you actually lie to yourself all the time. You might tell yourself that a bad grade doesn’t matter, but it does. You can say that a project isn’t important, and you don’t need to do it, but spoiler alert, you do. Lies of any kind can end up hurting you. The best way to avoid this? Don’t lie to yourself. But sometimes, we can’t help it. Sometimes, we’re tired and don’t want to do our homework; other times, we’re overconfident and don’t think we need to do the work. It is what it is.

Whoever you’re lying to, and whether or not you think it’s good or bad to lie, lying just happens to be a part of human nature. Millions of years of evolution have made us irreversibly able to deceive, but it’s detecting lies that we have trouble with. And unfortunately, lies are all over the place. From fake news to more “alternative facts,” see my next article to learn more about why people lie and how it can affect you coming soon to the Paw Print website.