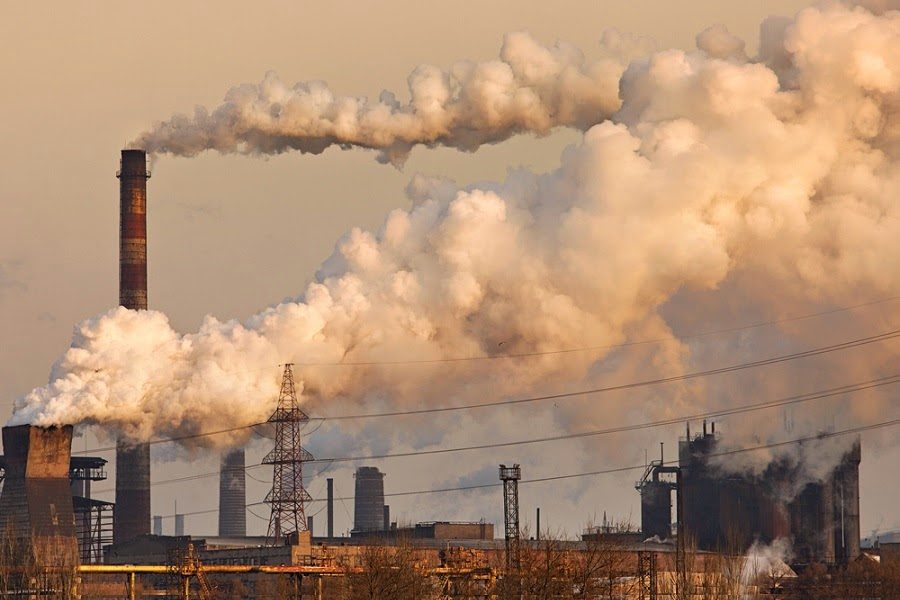 Climate Change Wasn’t Made up by the Chinese

If you were scrolling on Twitter in 2012 you might have seen how President Donald Trump tweeted that “The concept of global warming was created by and for the Chinese in order to make U.S. manufacturing non-competitive.” Ever since its discovery, the Republican Party has repeatedly denied that the mean global temperature is rising. While the number of skeptics has certainly gone down , 65 percent of Republicans still do not believe in global warming compared to 11 percent of Democrats and 28 percent of Independents according to a study done by Just Win Strategies and TargetPoint Consulting.

Yet, it is almost unanimously believed in the scientific community that climate change is indeed real and a major threat.

Despite all the evidence of global warming, President Trump has continued to go on with his devastating energy plan. Here are some parts of it that will certainly have effects on global warming.

Pulling out of the Paris Agreement

The Paris Agreement is an international climate change plan that aims to reduce carbon emissions so that the global temperature rise this century is less than 2 degrees Celsius. While this seems like a very miniscule amount, the slightest changes in global temperature can have cataclysmic effects. A 4 degree Celsius change could cause higher malnutrition rates due to lower crop growth, unprecedented heat waves, increased water scarcity, increased frequency of high level hurricanes and more. In fact, the rising sea level that a temperature change would cause could submerge coastal cities like Oxnard, Long Beach, and San Diego. The U.S. already contributes almost 15 percent of the world’s greenhouse gas emissions while being less than 5 percent of the total population, even after attempts to lower levels. If we pull out of the agreement, other countries may follow suit, and the agreement will fall apart.

In Trump’s 100 day infrastructure plan that includes the actions he wants to take in his first 100 days in office, he states that he “…will lift the restrictions on the production of 50 trillion dollars’ worth of job-producing American energy reserves in 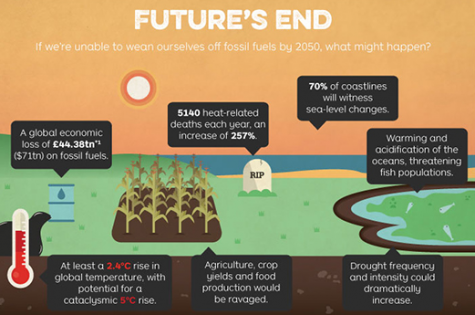 cluding shale, oil, natural gas and clean coal.” The restrictions on these fuels weren’t there to deprive Americans of their jobs; they were there because these fuels are incredibly dangerous for the environment. Fossil fuels contribute 91 percent of the 40 billion tons of CO2 sent into the atmosphere and while a small amount of this carbon dioxide is absorbed through natural processes, a very major amount remains in the atmosphere. These greenhouse gasses trap heat in the atmosphere and can cause extreme natural disasters. For example, in 2016, there were 15 extreme weather events, including California’s major drought, compared to four events a decade ago. And these events don’t just hurt us and the environment- they hurt the economy. Those 15 weather events cost $46 billion dollars in losses while the four events cost $17 billion adjusted for inflation. As more greenhouse gasses flood the atmosphere, the frequency of these events will only increase.

The Clean Power Plan is a domestic infrastructure policy that plans to reduce carbon emissions in each state. Each state can decide how they want to reduce their carbon emissions, such as reducing coal use, using more renewable energy, and enforcing carbon pricing. By 2030, the EPA estimates that U.S. power plant emissions will be 32 percent lower than they were in 2003 by implementing this plan. Despite all of these beneficial effects, many Republicans, including Trump, have wanted to repeal this act. The Earth’s temperature has has been predicted to increase 20 times faster than normal. Repealing this plan in tandem with increasing greenhouse gas emissions through oil and gas would definitely increase the rate of climate change.

Trump’s campaign for the presidency was full of promises that would destroy the environment. However, some checks and balances put into place by our Founding Fathers will prevent him from completely putting his plan into action. For our sake and for the sake of the future, I hope that he won’t follow through on all of his promises.