I Promise I Haven’t Been Lying to You 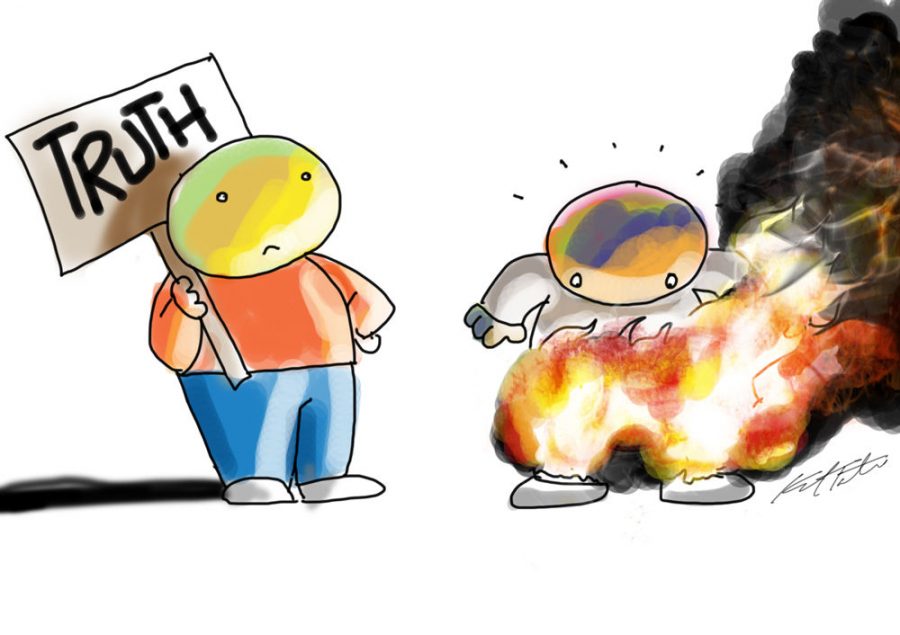 Have you heard of the game Two Truths and a Lie? I’d offer you a game, but as you’re staring at a computer screen, I feel that I have a bit of an unfair advantage. Why? You can’t see my tells. You can’t see that when I get a weird look on my face and when my voice gets a little higher, I’m lying to you. Probably, if you’re staring at me, I’m more likely than not smirking. See, all of these behavioral tells can clue you into the fact that I’m lying. Thus far, we’ve gone over the lies and the liars. Now, let’s talk about you. Do you know how to tell when someone is lying? Well today, you’re going to find out.

Above, I mentioned some of my own tells (at least, the ones I have according to my mom). Everybody has at least one tell, or a certain visual cue when someone is trying to lie. These little behaviors can tell you a lot about deception. Little changes in expression or tone, even changes in body language can be major red flags when you’re talking to someone. Maybe someone turns to the side or tries to hide their hands, or maybe they can’t look you into the eyes. Looking for these can be a major clue-in to deception.

“Dr. Lillian Glass, a behavioral analyst and body language expert who has worked with the FBI on unmasking signals of deception, says when trying to figure out if someone is lying, you first need to understand how the person normally acts. Then you’ll want to pay careful attention to their facial expressions, body language, and speech patterns,” reads an interview from Business Insider.

Now, these tells aren’t always going to be helpful. Some people are masters at not showing their tells. Politicians, for example. Or, maybe people behind a computer screen or text message who you can’t see. You’re probably more likely to encounter the latter, so let’s take a moment to talk about the truth behind the text.

As texting is the most common form of communication today, it’s reasonable to expect a lie or two when talking to someone. But how can you tell when someone is lying to you over the phone? You can’t see their tells, so what can you do? The key is in their response. A delayed response, a complicated reply, or a quick change in subject are all clues. Using the same example I used in part two, you made me the most horrible, tasteless, sawdust cookies that I spit out as soon as you walked away. You later text me and ask if I liked the cookies. It takes me a while to respond, but when I answer, I say “Yeah, of course! They were so good.” Without missing a beat, my next message is “Hey, what did you get for this question on the homework?” Not only did it take me a while to respond, but I quickly veered away from the question. Doesn’t that seem suspicious? While, yes, it definitely does, people are actually really bad at detecting lies. Honestly, I could reasonably expect to get away with telling you your cookies were delicious.

According to Psychology Today, “People are pretty lousy lie detectors. In ordinary social interactions, when all we have to go by is what the other persons are saying and how they are saying it, our judgments of whether someone is lying or telling the truth are correct only a little more often than chance.”

Ok, so we’re bad at detecting lies. But what happens if you falsely accuse someone? These methods aren’t exactly foolproof. “Cues to deception are not that useful. There are ways that people act differently when they are lying than when they are telling the truth (that’s what a cue to deception is), but the differences are not all that big or reliable,” said Psychology Today. If I were you, and I thought someone was lying to me, I wouldn’t really say it to that person’s face. Maybe I’d ask around, and ask if anyone knows anything else about the supposed liar’s claims. My tip to you? Don’t accuse someone unless you are absolutely, positively certain that they are lying. Even if you are? Still make sure you have enough evidence. Accusations like these fall on a wide spectrum of results, ranging from someone’s hurt feelings (like over sawdust cookies) to even potentially ruining friendships. Don’t try to do that; I promise that’s never fun for anyone.

Aside from lying to your friends, it is especially important to not lie to your teachers or in school. “Lying in school is a difficult topic. As teachers, when we ask students to give peer feedback, we would rather you be honest with your peers than trying to be nice. If your negative feedback might actually help that student become a better writer or speaker, then it’s in your best interest to tell the truth,” said West Ranch’s AP Psychology teacher, Kate Povletich. Aside from giving feedback to peers, there’s definitely a more serious type of lying in schools.

“Cheating is something all students should take seriously as it challenges our environment of academic integrity. Before students are tempted to lie or cheat, they should think about the long-term repercussions and the feelings of their peers, parents, and teachers,” said Povletich.

As this hopefully informative series comes to a close, let’s review everything we’ve gone over (I promise, briefly). We’ve talked about lies and their ethics, and we’ve mentioned the liars themselves. We’ve hit on “alternative facts” and pathological liars, and now, we know some ways to tell if someone is lying. Of course, there’s a lot more to lies out there. They haven’t been studied too extensively, so there’s more to learn. For now, I hope that I’ve helped you in the department of lies and liars. And although I’ve been writing about lies, I promise I haven’t been lying to you. But of course, you’re still reading this through a computer screen. Am I really telling the truth? That’s for you to decide. 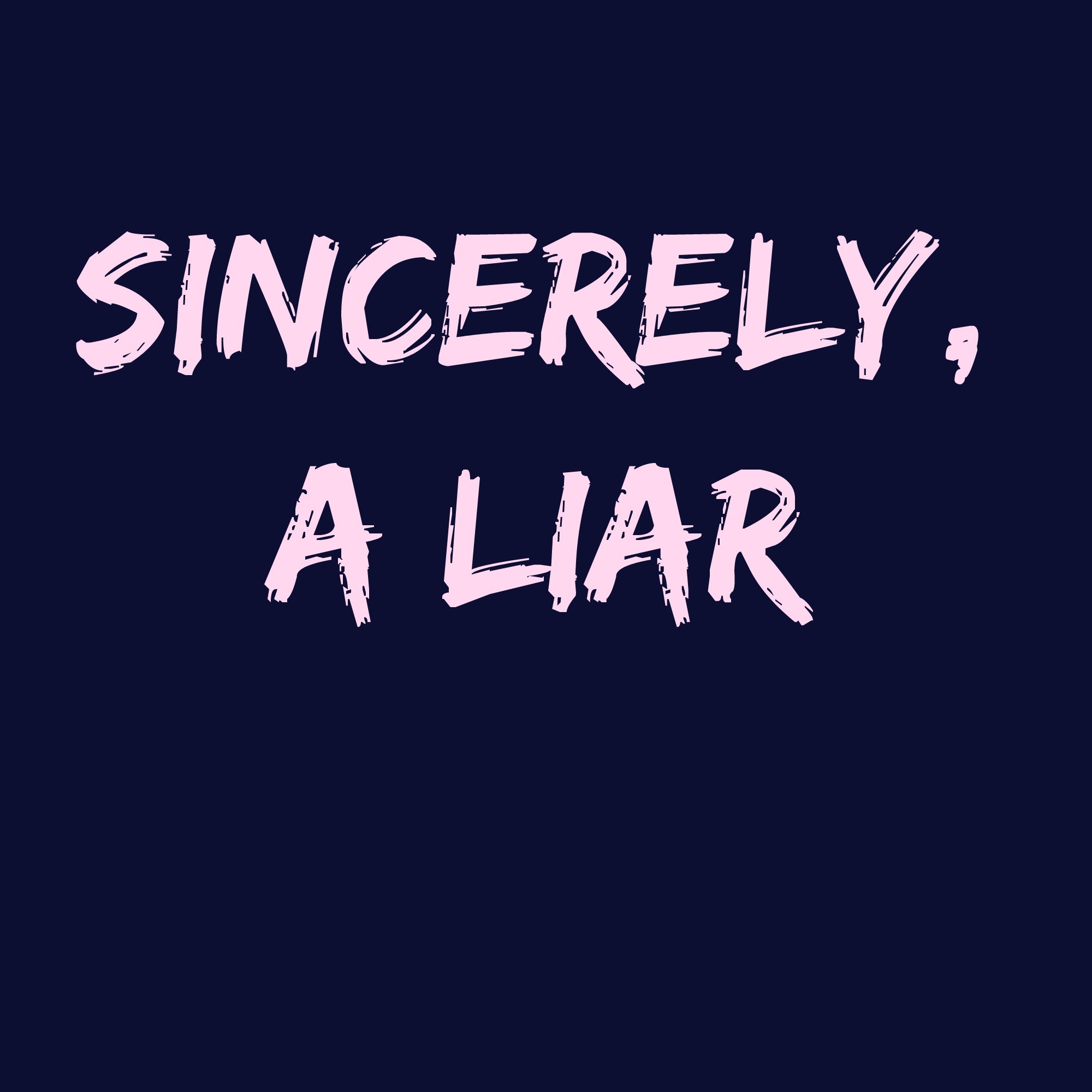