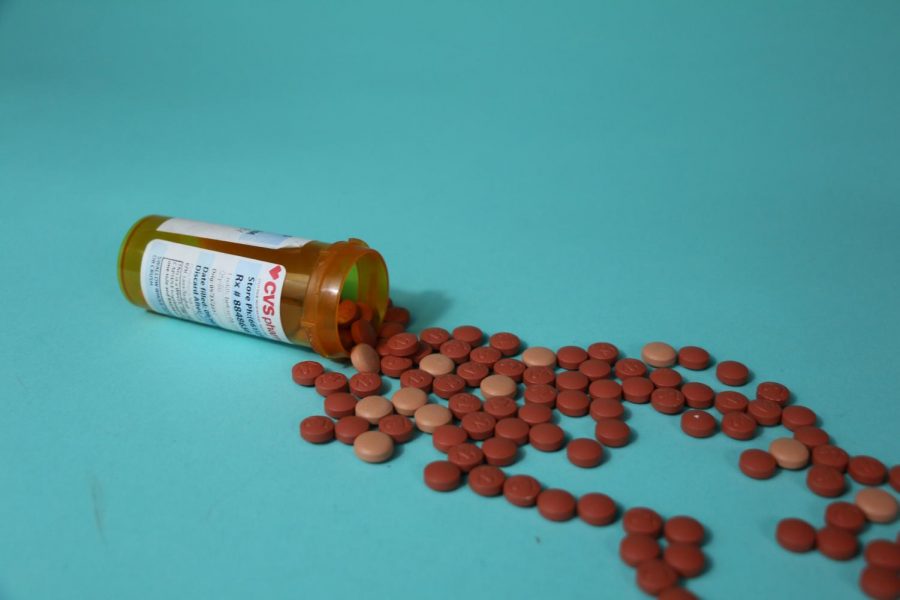 We all know the general picture plastered inside the minds of some SCV residents: The Rich Kids of West Ranch get into their fancy cars, pull out wallets full of outrageous allowances, and blare pop and rap music that boast the use of prescription drugs.

Little do we realize that in a place where pills sit comfortable behind the doors of unlocked cabinets, it can be easy to follow suit.

Prescription drugs are most dangerous to SCV residents simply because of their accessibility. They’re prescribed often and easily find their way into the hands of people who didn’t order them in the first place. Perhaps more dangerous than the effects of these substances is the ease of their trade. They become new toys — and the most expensive toys — for SCV kids to play with.

Elementary school. Red Ribbon Week. A speaker dressed up like a rockstar tells us that “smoking can kill, man!” He hands out lollipops.

Middle school. Posters of zombie-like figures with captions: “I wish I’d never done drugs.” Jelly bracelets that say “the high is a lie.”

By the time we get to high school, you’d think we’d be scared out of reaching for the pill bottle. But there’s something the campaigns and the flyers and the red ribbons fail to do: include us in the conversation.

We were never the hooded figures or zombies featured in the scared-straight style posters. Nor were we persuaded that jelly bracelets and lollipops were a fair bargain for a lifelong pledge.

The problem with “the high is a lie” is that it’s simply not true. All the years after DARE program field days and red ribbon weeks, teens do tend to find themselves smoking marijuana. And when that doesn’t turn them into the swamp monsters depicted on the posters that were plastered on their classroom walls or the crazed addicts in the PSAs they’ve been watching since birth, they begin to question everything they’ve been told about drugs. Painting as simple a picture as “drugs lead to destruction with no in-between,” is irresponsible, and simply taking a week out of the year to say “something is bad because it’s bad and that’s all you need to know,” is ineffective.

And it’s proven ineffective. According to Henry Mayo’s 2016 Community Health Needs Assessment, drug overdose is the fourth leading cause of death in the area that they service. These are the kind of things that can’t be swept under perfectly trimmed, bright green rugs. These are the kind of things that we need to talk about. We need open and ongoing dialogues rather than sporadic, fear-mongering, and self-congratulatory monologues.

Growing up in a household wherein there was a person with chronic pain, “drugs are bad,” was never the end of the conversation. I remember running home from school, riddled with anxiety because the man dressed like Elvis had told us drugs were bad and nobody should ever take them. That they’d ruin your life. Remembering the orange bottles that my mom kept on her nightstand, I grew worried. My mom wasn’t ruining her life, right? I remember my dad explaining that drugs were the same things as medicine, and that a medicine only became a drug when someone who wasn’t supposed to take it, like someone without my mother’s disease, did.

What if these kind of in-depth, honest conversations were the ones being had at schools, rather than the candy and the speakers and the bright flashing colors? What if we educated people instead of scaring them?

Teengers have the tendency to take every last shred of independence we can find. We become our own leaders, our own decision makers, and ultimately our own Gods. Sometimes we are capable of these things, and other times we are not. We are not capable of properly administering medicine. We shouldn’t become our own doctors.

We need adults who are able to admit that we are our own Gods. We are people who will ultimately choose our own paths, regardless of the jelly bracelets and the seminars and the posters. Those things don’t stick. What sticks is the acknowledgement from adults that we make our own choices, and an open and clear conversation about the distinction between medicine that you’re supposed to take and medicine that’s meant for someone else to take.

The drug epidemic is a medical issue, and should be treated as so. Children are the most impressionable and receptive people on the planet, which is why we should be direct and honest with them. Anxious convolution on one part only produces the same on the other.